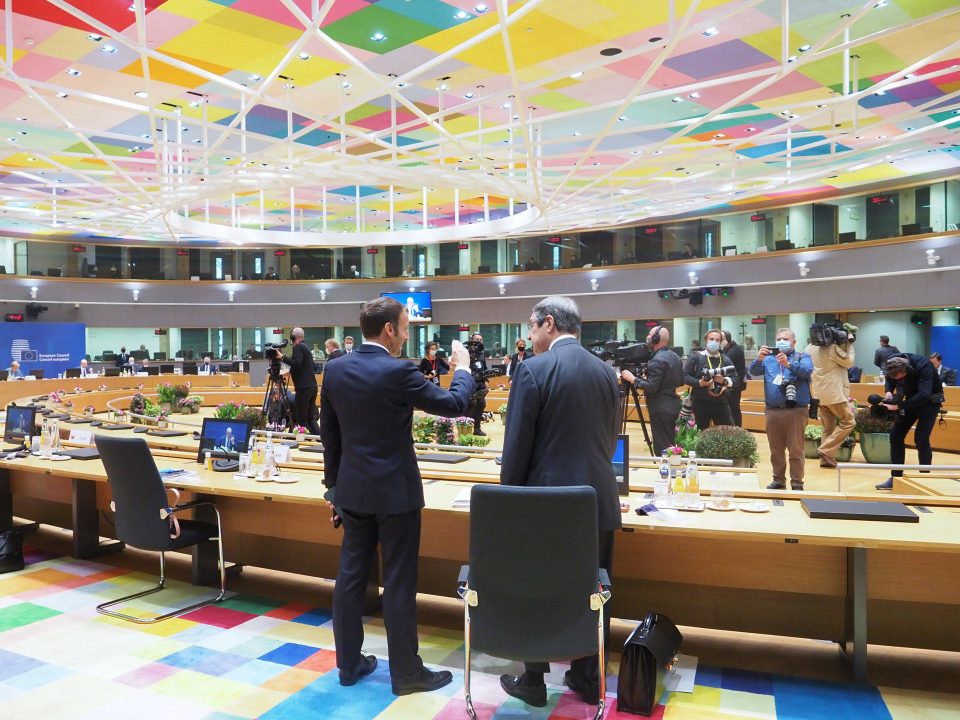 The European Counci said it would closely monitor developments

Political decisions are always judged by their results. Politicians could have the best intentions, but when they overestimate their powers or make wrong calculations in setting objectives there is only one outcome – failure. This is exactly what happened to President Anastasiades and his foreign minister, Nicos Christodoulides in making EU sanctions against Turkey their main objective.

For the last few months, they had spoken about nothing else but the sanctions the EU would impose on Turkey for its continuous violations of the Cypriot EEZ. And when it became apparent the European Commission and big majority of the EU member states would not approve this, our government tried to force a decision by blocking planned sanctions against Belarus for violations of human rights. This failed as well, while also angering many of our partners that felt the delay undermined the credibility of the EU, which had promised to back the pro-democracy protesters in Belarus through sanctions against the regime.

In the end, the European Council strongly condemned the violations of the sovereign rights of the Republic of Cyprus, “which must stop,” in its conclusions as well urging Turkey to accept the invitation of Cyprus “to engage in dialogue with the objective of settling all maritime-related disputes between Cyprus and Turkey.” The European Council also said it “would closely monitor developments and will revert accordingly and take decisions as appropriate” at its December summit, President Anastasiades’ interpretation of this being that the door for sanctions remained open. This, presumably, justified his satisfaction with the conclusions.

Sanctions against Turkey have become a fixation for the Anastasiades government which appears to have focused all its energies on making this happen. Are they part of a strategy that will help attain a tangible objective that will benefit the country? It is very difficult to see what the government hoped to achieve by pursuing this path. Sanctions would not stop Turkey’s unlawful actions – if anything the provocations could be stepped up – it would not enhance prospects of a Cyprus settlement and it would threaten the Turkey-related interests of many of our EU partners that will side against Cyprus.

The only thing the government was likely to achieve was a small moral victory over Turkey, which may gloss over our inability to stop the violations of our EEZ but would have no practical benefit for Cyprus. The dispute would still have to be resolved through negotiations for a settlement because Turkey will not engage in direct talks with the Cyprus government.

Back in the eighties, when the Kyprianou government was presenting resolutions by the UN or the Non-Aligned Movement, condemning the occupation, as great triumphs for Cyprus, the late Glafcos Clerides – the only pragmatic politician at the time – would say that no matter how many favourable resolutions we accumulated, nothing would change as we would still have to find a settlement through negotiations. Nothing seems to have changed except that now, instead of condemnatory resolutions against Turkey we are seeking EU sanctions that will have no real benefit.

In 2006, then President Tassos Papadopoulos also used the EU to turn the screw on Ankara, for refusing to extend the association agreement with the EU to Cyprus, by freezing eight chapters of Turkey’s accession negotiations and blocking the closure of any. It was a moral victory, without a single benefit for Cyprus as Ankara still refused to recognise the Republic or have any dealings with it. Another six chapters were frozen by Nicosia in 2009, for some reason, again with zero benefit to Cyprus. Our latest actions could give the impression to our partners that we see our membership of the EU primarily as a way to cause problems for Turkey.

Membership could also be used proactively, especially now the EU has made it its goal to improve relations with Turkey on a range of important issues. Cyprus could use the EU to assist and contribute to peace talks making a settlement an integral part of the drive for strengthening EU-Turkey relations. This can be achieved with a positive approach and show of goodwill and will bring more benefits to Cyprus than the pursuit of sanctions.

Turkey looms over elections in the north