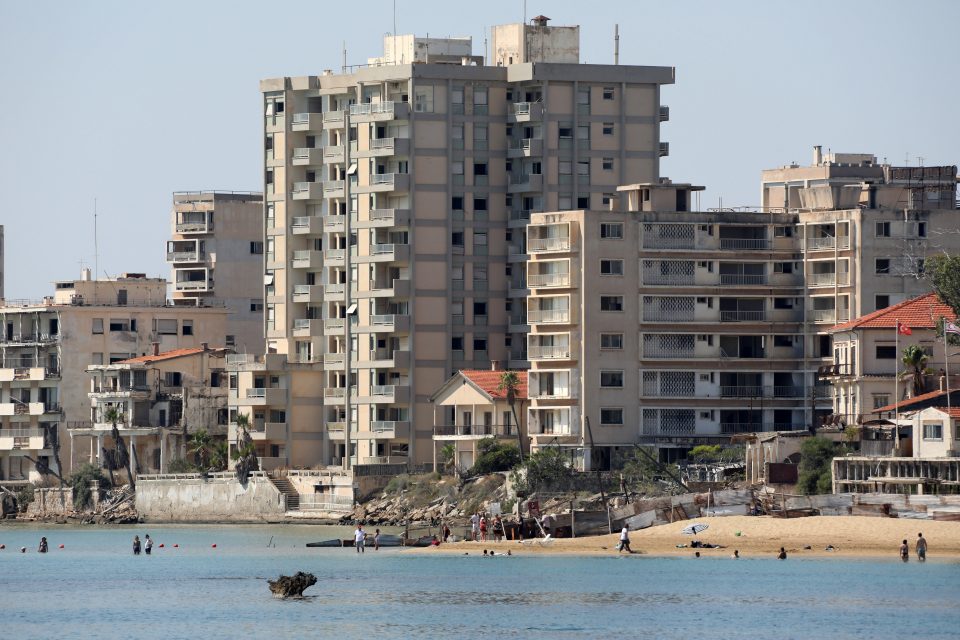 The eternal optimist George Vassiliou is concerned. Whereas he hasn’t stopped hoping, he does worry that a large cross-section of Greek Cypriots have yet to realise that a non-solution to the Cyprus problem can cause immense damage and pose risks for the survival of Cypriot Hellenism.

And this is no exaggeration, for lately we’ve been hearing the slogan “better them over there, and us over here” quite often. It’s a soundbite that conveys on the one hand the sentiments of those who’ve lost all hope for a settlement and are resigned to things staying the way are and, on the other hand, those who always wanted the fait accompli in the hopes of safeguarding the wealth of the south as well as the prestige of the Republic of Cyprus.

But it’s illusory to think that the so-called status quo will remain unchanged forever. The experience during the years since the invasion should teach us there is no status quo, that things are always in flux, and that in a confrontation between the two sides – one being in the right, the other with the might – it’s usually the one with the might who prevails. A case in point being the fenced-off area of Varosha. Years ago, resettling the people of Varosha would have come about not as a result of the successful completion of talks, but rather the start of settlement talks. Today we are fighting tooth and nail to avert an opening of Varosha under Turkish administration.

It has been 46 years since the Turkish invasion, and during this time the United Nations tried to help us on several occasions – for example with the Perez de Cuellar proposals of 1985 or the Annan plan of 2004, both of which unfortunately faltered for reasons well known. It’s therefore obvious that the international community desires and is seeking an immediate restart of negotiations that would lead to the island’s reunification. But that does not mean this desire and these efforts will last forever. No doubt the perpetuation of the Cyprus issue entails grave risks.

Speaking on the occasion of the commencement of the 75th UN General Assembly, UN chief Antonio Guterres signaled he was ready to convene a five-way conference on Cyprus and to assist in a restart of talks between the leaders of the two communities. He also stressed the importance of adopting confidence-building measures and avoiding unilateral actions that could undermine negotiations. Guterres said he committed to “revitalising the political process” right after the elections in the north.

The longer things stay as they are, the worse it gets for us, and the slimmer the chances for reaching a settlement based on a bizonal, bicommunal federation. Things will begin deteriorating fast once the UN conclude there are no prospects for a solution because neither side is willing to make the necessary compromise. In such an event, the UN Security Council would decide against renewing the mandate for the UN Peacekeeping Force in Cyprus and pull the force out from the island within a certain timeframe.

The fallout from such a decision would be dramatic for our side, because Unficyp’s departure would mean the ‘Green Line’ ends up with the more powerful side. Not only would we lose approximately 3 per cent of the territory currently covered by the ‘Green Line’, but in addition we’ll have to face the harsh reality of a ‘border’ – some 200km long – running across the island. Nor will we be able to guarantee security across this demarcation line. Black marketeers and drug traffickers can then easily supply their goods to their associates in the south. We shall witness a nonstop rise in drug use, beginning at the schools, and with consequences which need not be described at this point.

So long as there is lack of progress toward a settlement, Turkey will seek to undermine the Republic of Cyprus. Among others, we shall witness a spike in illegal migration, a trend that has already reached alarming dimensions.

At the same time we shall see Turkish Cypriots increasingly striving to take back their properties located in the south. The Mackenzie case has already proven beyond a shadow of a doubt that, given Cyprus is a member of the European Union, it is obligated to respect every person’s right to property. In time this will lead to more and more Turkish Cypriots choosing to live in the south, in contrast to Greek Cypriot refugees – since the EU acquis does not apply in the north.

It’s well known that tourism is the chief source of foreign cash. Hundreds of millions of euros have been spent on infrastructures and building dozens of hotels in the south. It would be no exaggeration to say that the wealth of Cyprus has largely been invested in constructing hotels and related infrastructures; but to get a return on that investment tourist numbers need to steadily rise. Without wishing to resort to alarmism, we can all imagine what economic damage could be wrought were a Turkish shell to land – ostensibly by accident – in Paralimni or Ayia Napa.

It would unravel our sense of security – security which we wanted to believe was guaranteed by joining the EU. Moreover, such an incident would diminish our ability to attract foreign capital, given our weakness to guarantee the safety of foreign investments going into the future. In conditions like this, it’s not a stretch to imagine us losing control of our affairs. Our experience with the coronavirus crisis is sufficient to telegraph that security and certainty are prerequisites for the survival of Greek Hellenism, and it is precisely this which will be thrown into doubt by the lack of prospects for a settlement.

Under these conditions, it’s easy to see that more and more of our thousands of young people studying overseas, will choose to stay abroad as that would be their only way of ensuring their safety.

I am absolutely convinced that the president and the political leadership must take the decisive and bold step of pushing for a restart of talks. The only way to deal with the irrational statements of Erdogan and other Turkish officials, is to return to the negotiating table, without preconditions, and to be ready to make the necessary compromises.

It goes without saying that, once someone enters into negotiations, they should be ready to make certain concessions that will benefit Cyprus as a whole. In these efforts we shall have the backing of the UN Security Council and most of the international community. All of us together must strive to reunite our country within the framework of a bizonal, bicommunal federation and in line with UN Security Council resolutions.

George Vassiliou is former President of the Republic, 1988-93

Get out of our way cyclists say

Man arrested in connection with drugs and assaulting police