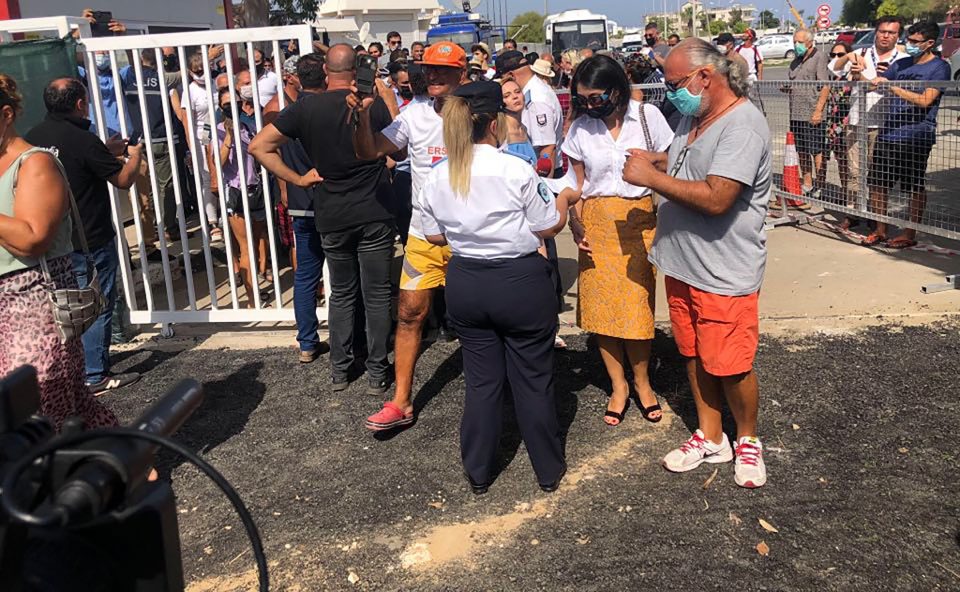 The Turkish side opened part of the Varosha fenced area’s coastal front to visitors at around 12 noon on Thursday.

A gate to the fenced beach area opened at noon while Turkish Cypriot ‘prime-minister’ Ersin Tatar visited the area at 4pm.

President Nicos Anastasiades condemned the move, as “an illegal act” and a flagrant violation of international law and of UN Security Council resolutions 550 and 789.

Live video footage broadcast by Yeni Duzen and Kibris Postasi shows people walking along a street within the fenced area and going to the beach. According to Yeni Duzen, 838 people entered the area by 2.30 pm.

Visitors are allowed in between 9am and 5pm. They can take photos but are not allowed to enter any buildings or use drones.

The move is seen as a ploy by Turkey to boost Tatar’s candidacy in Sunday’s elections for new Turkish Cypriot leader.

Works in the area started on Wednesday morning. A gate and a checkpoint were erected next to the Dr Fazil Kucuk stadium from where visitors can enter the beach area.

No identification was requested when the gate opened on Thursday.

Ruling party UBP ‘deputy’ Oguzhan Hasipoglu told Kibris Postasi that entry is allowed for everyone and not just Turkish Cypriots.

He also said that people can use the beach from the area where the military club is located up to Golden Sands hotel which is around one-kilometre distance.

According to the Cyprus News Agency, the part open to visitors includes Eras street, Eleftheria Avenue leading to Ermou street, the Ayia Triada roundabout and street with the same name leading to Aspelia hotel and the coastal area spanning from Faliros restaurant to King George hotel.

Tatar entered the area at around 4 pm escorted by associates and followed by scores of people holding the flags of Turkey and of the breakaway regime.  He did not make any statements. Though an event was expected to take place on Tatar’s arrival, the ‘supreme election council’ in the north announced on Thursday morning, that based on the elections timeframe, no ceremonies can take place for the opening. The council said its ruling followed a complaint filed by an associate of Serdar Denktash, who is running as an independent. The council had announced on Wednesday that anyone disobeying its decisions, individuals, or ‘institutions’, would be subject to penalties.

Kibris Postasi reported that among visitors were also real estate agents who wanted to get an idea of the situation and analyse the future prospects.

The Turkish Defence Ministry released photos showing small groups of people wandering along roads surrounded by deserted buildings and near Varosha’s sandy beach, including one woman with a large Turkish flag draped on her back.

“May this step, which has a big symbolic meaning, and which ends a 46-year-old longing, be beneficial for the KKTC and our brethren who live there,” the ministry said.

“The Republic of Cyprus has not remained and will not remain inactive,” Anastasiades said in a written statement.

He added that these violations have already been reported to the  Security Council and its five permanent members, to the UN Secretary-general, to the heads of EU Institutions, the EU leaders and to all international fora in which the Republic of Cyprus participates.

Anastasiades also called on Turkey and the occupying regime to end  unilateral illegal actions in order to allow a new initiative of the UN Secretary-general, which will aim at the final settlement of the Cyprus problem, within the framework of what has been agreed but also determined by a series of UN resolutions and decisions of the UN Security Council and within the framework of European principles and values.

Greece called on Turkey to step back from the reopening, warning that Athens and Nicosia stand ready to bring the issue before the European leaders meeting next week, its government spokesman said on Thursday.

Stelios Petsas said Turkey should take a step back. “If it doesn’t the issue will be discussed by the leaders of the European Union at the EU Council of October 15-16 as it will be raised by the Republic of Cyprus and of course, Greece,” he said.

And he added: “The Greek government from the first moment and also with a statement yesterday by the prime minister, condemned Turkey’s decision in the most categorical way.  Moreover, Prime Minister Kyriakos Mitsotakis spoke by telephone with the President of the Republic of Cyprus Nicos Anastasiades and expressed his support to the Republic of Cyprus and the actions he plans to take on this issue,” said Stelios Petsas.

Greece’s Foreign Minister Nicos Dendias also raised the issue during a brief meeting with his Turkish counterpart Mevlut on the sidelines of the Global Security Forum in the Slovak capital Bratislava.

The Cypriot government and the Famagusta municipality are mobilising against today’s opening of part of Varosha beach, a move announced earlier this week after Tatar met Turkish president Recep Tayyip Erdogan in Ankara.

Famagusta municipality was holding a demonstration at the Dheryneia checkpoint on Thursday afternoon.

The UN Security Council is to discuss the matter on Friday afternoon in a closed session, reports said.

The government, that was expecting such a move was on the cards, has launched a diplomatic initiative, raising the issue with the EU, UN and international fora.

Anastasiades will raise the Varosha issue at the next European Council meeting. The government has already reached out to the five permanent members of the UN Security Council. 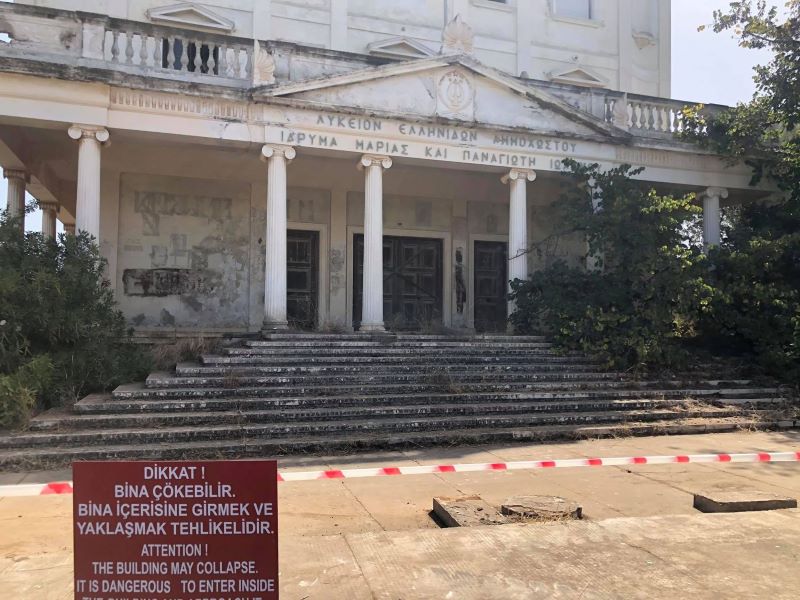 Images from within the fenced area (CNA)

Cabinet to grant special entry permits to some third-country workers