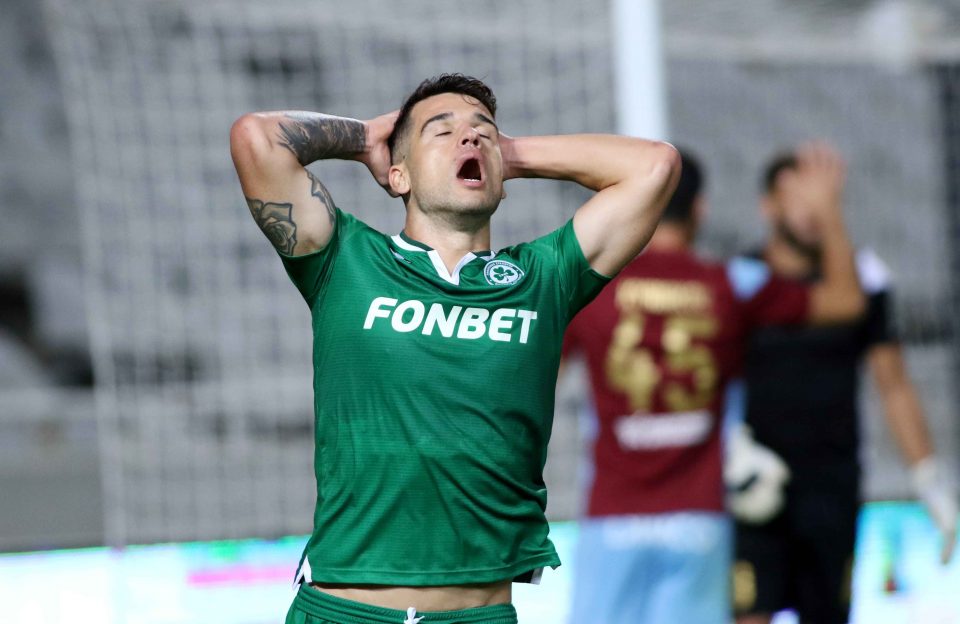 Football is a game of fine margins. Whether a decision or a series of decisions can be calamitous or astute can change as quickly as a goal can be scored or conceded.

If Omonia midfielder Jordi Gomez had scored his 84th-minute penalty against Enosis on Sunday, no one would have questioned manager Henning Berg’s decision to start the game with almost an entirely different first eleven from the Europa League game against Paok earlier in the week. Goalkeeper Fabiano was the only player to have started both games.

While fans can appreciate that rotation is necessary even in normal times, let alone in a season with a coronavirus-disrupted calendar and the complexity stemming from the tricky balancing game of wanting to compete in multiple competitions, it is a fact that Omonia paid for the extensive changes in a lack of flow to their play in the opening stages, resulting in an insipid first-half display.

You can excuse Berg for the decision to rotate so heavily and one can find numerous reasons why the team looked the way it did. The players who started against Paok needed a rest after a valiant and draining performance away from home, the Europa League is clearly of great importance to the club, and Omonia were playing at home against an Enosis team who found themselves in the bottom three of the table with a goal difference of negative ten.

Even beyond the above reasons, perhaps Berg just plainly trusted in his second string players’ ability, although you can hardly call Tzionis, Asante, Thiago, and Sene second string, to get the desired result. Unfortunately for Omonia, it will have felt like the points dropped against Enosis were an avoidable hindrance. There is plenty of time to make those up down the line, however.

Speaking after the game, Berg said that his team should have won the game. “Based on who had the ball and the chances we created, and how few chances the opposition created, we should have won”, the Norwegian stated.

“We are trying to find the right balance because if we keep playing the same players then there won’t be enough players available and performance will drop”, Berg added in reference to the rotation he implemented.

Meanwhile, in the biggest game of the round, Apoel continued their poor start to the season with another lacklustre performance during a 2-0 away defeat to Anorthosis Famagusta, resulting in the firing of manager Marinos Ouzounidis on Monday.

The Nicosia club started the game in shambolic fashion, conceding a somewhat odd ninth minute goal. While defending a set-piece taken from the left, experienced defender Merkis and forward Nuhiu contested the same ball, essentially making it harder for one another, leading to the ball being headed across goal only for the unmarked Vrgoc to slam it into the net from close range.

While you can excuse the positioning of either player, since Merkis’ off-the-ball movement was natural for his starting position when the set-piece was taken and Nuhiu was dragged there by Giorgi Kvilitaia’s run, you can neither excuse Nuhiu’s terrible clearance nor the abject failure to track Vrgoc’s diagonal run.

Firstly, Vrgoc was unmarked and unchecked when the set-piece was taken, so he had no one to track his run from the outset of the sequence. Secondly, Nsue and Lundemo should have been aware of the run midway through and at least attempted to get themselves involved.

The latter was particularly poor in this regard, only becoming alert and moving towards the second goal once Vrgoc had already moved in a position to score. Lundemo may have trusted his team-mates to clear the first ball but a defensively-minded player can’t operate under this assumption, especially inside their own penalty area.

Though the set-piece was well-executed and I’m certain that Anorthosis manager Temur Ketsbaia places particular focus on making the most of such situations, Apoel’s defensive structure leaves plenty to be desired and perhaps points to underlying issues at the club.

Apoel would go on to concede a second goal in the second half through forward Kvilitaia, who again exposed the visitor’s defensive fragility. While the finish was of high quality, Apoel made it too easy for the Georgian by standing off way too much, allowing him to move into a better position and take a considered, unhurried shot moments later.

Despite Anorthosis’ massive win, something curious happened after the final whistle was blown and I’m not referring to the now-expected curt Ketsbaia post-match press conferences, although it still involves the Anorthosis manager.

In what seemed inexplicable at the time, Ketsbaia and fellow Georgian player Tornike Okriashvili seemed to have a heated argument about something, with things escalating to the point of needing the intervention of cooler heads to separate the two from one another. Reports suggest that the forward reacted negatively to the manager admonishing his performance during a specific part of the game, although this has not been confirmed.

Speaking to Georgian outlet Adjara Sport after the game, Okriashvili played down the incident, attributing it to the relationship between himself and Ketsbaia.

“This is how we are with Temur. We fight because we love each other. There is no scandal here”, Okriashvili said.

“Even when we made it to the changing room we were happy about the result of the game. Most people thought it was a clash because it was the first time they saw us like that”, he concluded.

Elsewhere during the weekend, Apollon continued their winning streak by defeating freefalling Salamina 3-0 at home with Diguiny grabbing a brace and Benschop scoring his fifth goal for the season.

Apollon remain in first place with 19 points, with Anorthosis following in second with 16 points. Both Apollon and Anorthosis have a game less than third-placed AEK Larnaca who have the same points as Anorthosis.

AEL beat Doxa 2-1 away from home in the final match of the round on Monday night.