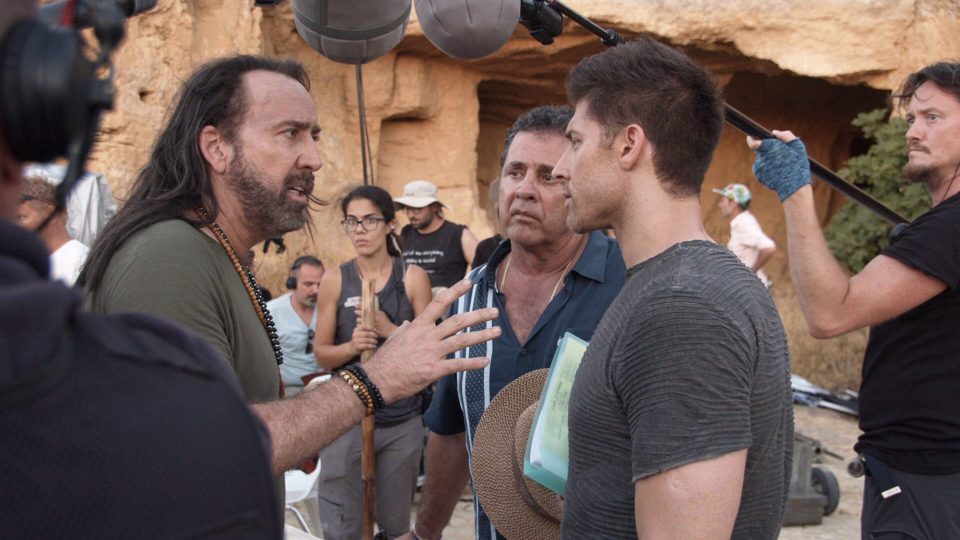 Cyprus’ flagship Olivewood film production, Jiu Jitsu, has been caught in a tussle between its directors and Auditor General Odysseas Michaelides.

Director Demetris Logothetis and producer Chris Economides say “they have not received a single cent” from the island’s film incentive scheme.

In a teleconference on Wednesday, they said the film’s production had adhered to the requirements of the government’s incentive scheme and called on Michaelides to release his findings as soon as possible.

They were speaking after reports that the auditor general was looking into the incentives for films, including theirs.

“Both the company and the sponsors of the film Jiu Jitsu, despite investing their money for a year and a half now – that is, the producers, after securing funding brought the money to Cyprus, hired people, utilised services [and] did everything that was pledged to the Republic [of Cyprus]… they have not received a single cent,” Economides said.

“We call on the auditor general to publish his report immediately and to show us in all his wisdom what we did wrong,” Economides said.

Jiu Jitsu was the first Hollywood film to be shot entirely in Cyprus and had a late November US release.

“The ‘expenses coverage’ film incentive is for producers who spend in Cyprus, hire locals – in our case we hired 220 Cypriots to work on Jiu Jitsu and not the six as required in your plans, they pay local taxes, they pay hotels,” Logothetis said.

Lawyer for the producers of the film, Constantinos Messios, told the Cyprus Mail that “the whole process has been unduly delayed, admittedly it is a huge learning curve for them – it is a totally new business for Cyprus”.

“The process has effectively been completed by my clients and their auditors and it’s been submitted, they – the other side – have not appointed their own consultant auditors to go over what was submitted until about a month ago.”

To be sure, as the first such enterprise in Cyprus, some stumbling blocks may have been expected – but major delays may well turn off future businesses from Olivewood, Messios said.

Logothetis, meanwhile, further stated that he is in Cyprus in preparation for his next film, Man of War, which is slated to begin in January-February, but is facing delays.

Logothetis pointed to time-consuming procedures and changes required by the licensing authorities, saying: “we are ready to start the official pre-production of Man of War for over a month [but] we are still waiting for the film committee”.

“It is being held up, the [film] committee has decided that pre-production should be very short,” Messios said.

“I compare it to building a skyscraper, a 30-storey building with only five days to set the foundations and that’s what they’re expecting my clients to do, which is quite frankly unrealistic – that’s not the way it works.”

The Cyprus film incentive scheme was launched by the government in 2018 to promote Cyprus as a film production destination, while also boosting local talent in the film industry.