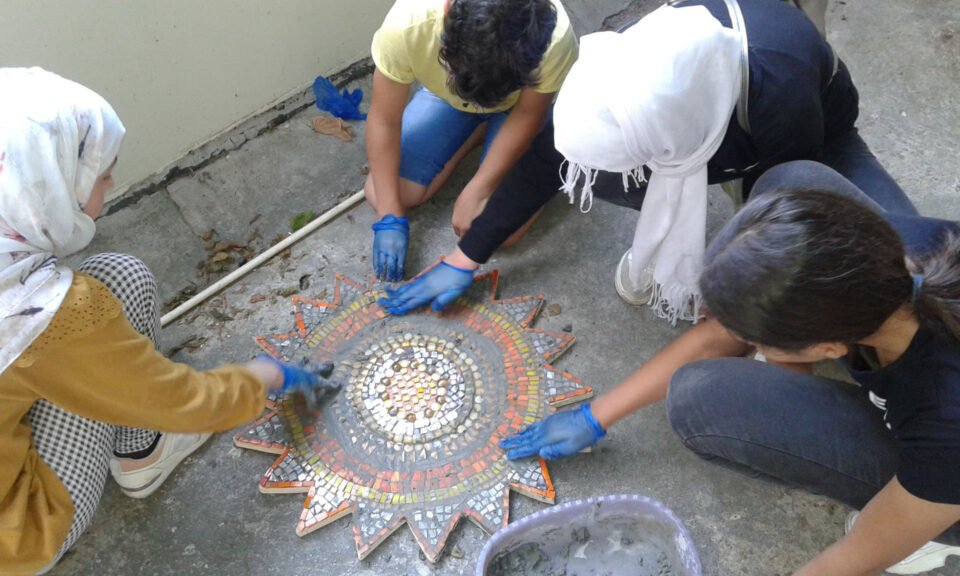 Children of the Learning Refuge

The 12th Hearts of Gold Cyprus Award winners for 2019 have finally been announced.

The annual awards celebrate philanthropy, humanity, volunteering and caring and recognise both children and adults from all over the island.

Winners were due to be announced at a ceremony held in Paphos in January 2020, however, due to a medical emergency, followed by the coronavirus pandemic, they were delayed.

“The winners and nominees will be invited to a ceremony held for this year’s awards in 2021, when the restrictions permit. We are currently contacting them so this announcement may come as a surprise,” a spokesman for the awards informed the Cyprus Mail.

“We are saddened that we were not able to come together this year but very much look forward to meeting all of the nominees and winners next year. We should highlight all of the work that individuals have been doing in the community to help others. We can see how important volunteers and philanthropists are, as we couldn’t have got through these difficult times without them,” Charalambos Theopemptou, MP, Patron of the awards said.

Hearts of Gold Cyprus is held under the auspices of the municipality of Paphos and with the support of the British High Commission in Nicosia.

Members of the public are invited to nominate both children and adults that they believe deserve recognition for their efforts in the community, or a boost when facing challenges with fortitude and courage.

The winner of the Jasmitha Award for Courage 2019 is: Ali (surname withheld).

Ali,23, fled from Isis terrorists. He was left paralysed from the waist down and in a wheelchair. He has made many friends in Cyprus and plays basketball with Apop wheelchair basketball club.

The winner of the Jasmitha Honorary Mention 2019 is: Gabriel Theodorou.

Gabriel saved a woman’s life last year at Sodap beach. He risked his life entering the rough sea to save her and is a great example to others.

The Junior Heart of Gold Cyprus Award 2019 goes to the International School of Paphos Philanthropy Club, who are aged 12-14 years and have help to raise €10,000 for Pasykaf. They volunteer during the holidays and organise visits to old peoples’ homes, animal shelters and other charitable foundations.

The Junior Heart of Gold Honorary Mention 2019 goes to the Children of the Learning Refuge.

There are around 30 children that attend the Learning Refuge in Paphos. Many come from war-torn countries and had to flee for their lives. They are coping with tragedies and are from different backgrounds and religions but get on together like brothers and sisters.

The winner of the 2019 Heart of Gold Cyprus Award is:  Petros Stylianou.

Petros was diagnosed with stomach cancer about 8 years ago and given a 10 per cent chance of survival. He started cycling and has not stopped. He has participated in many marathons and cycling tours all over the world and his goal now is to raise money for an oncology centre in Paphos.

There are two Honorary Mentions for the Heart of Gold Cyprus award, 2019.

Dawn is dedicated and hard working and has built a sanctuary in Tala for around 900 unwanted cats, taking them off the streets and giving them a great quality of life. She has re-homed more than 1,000 and receives no government funding.

The second is Dr. Yiota Demetriou Dancing Queen Foundation, which was founded as a tribute to Dr. Yiota Demetriou who wanted to help children in the field of child psychology. She was killed in tragic accident in November 2008 by a drunk driver. The foundation raises funds and awareness for children with mental health challenges.

The winner of the Heart of Gold Lifetime Achievement Award 2019 is Olga Sophocleous.

She is the founder and Chairman of KIVOTOS foundation which is a therapy and rehabilitation centre for children with special needs. She is always on hand to help and support and has great empathy for the children and their families.

He is a snake and reptile expert that rediscovered the Cyprus grass snake and proved that the blunt nosed viper lays eggs and doesn’t give birth to live young. More recently he discovered a rare species of dwarf snake in Cyprus.

Nominations for the 2020 awards will open soon.

For further information: www.heartsofgoldcyprus.com or Hearts of Gold Cyprus on Facebook

Britain to fast track some perishable goods at ports from Jan. 1