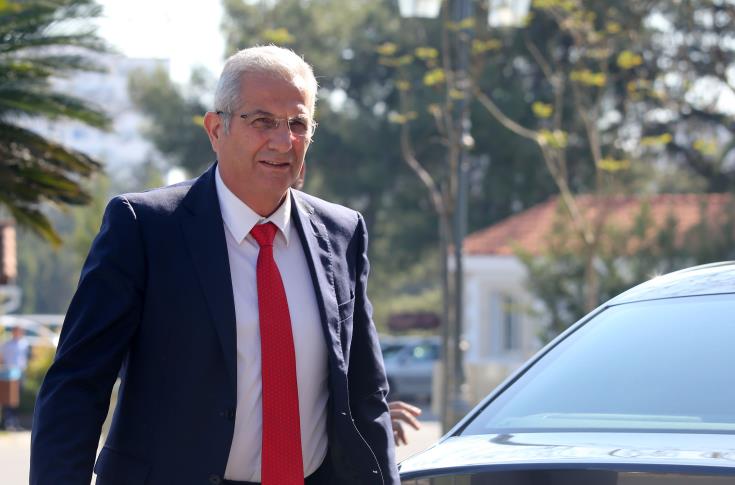 Akel leader Andros Kyprianou said President Nicos Anastasiades would go down in history as the leader of the island’s partition if he continued to vacillate and contradict himself over the basis of a solution.

Kyprianou was referreing to an interview by Archbishop Chrysostomos in which he said the president had spoken of a two-state solution in a meeting they had “but then changed his mind”.

Anastasiades has since said the archbishop must have misunderstood what he told him at the time.

The president said in the wake of Crans-Montana talks in 2017, he had meetings with many people, including the Archbishop, to explain why they had failed and that it was due to Turkey’s insistence on various issues that would have proved negative for the Greek Cypriot side.

The president said that during his meeting with the Archbishop, he explained to him the reasons for the failure in Switzerland, and analysed Turkey’s ultimate aims and they had both agreed that a two-state solution could not be accepted “as this would jeopardise the security of the Greek Cypriots and would not have been accepted by the UN and the EU”.

Anastasiades said he regretted if the Archbishop had understood otherwise. The Church leader would also understand that from all subsequent meetings they had, he should have realised there was no such notion as a two-state solution.

Kyprianou said he was revisiting the issue because instead of apologising for the damage it did to the Cyprus problem, the government attacked all those who suggested Anastasiades had been toying with the potential of a two-state solution.

“I’ll simply let them know that they are a few dozens, if not hundreds, those who say the president had confided in them his thoughts of a two-state solution,” Kyprianou said. “All these people cannot have gone insane, and I don’t think the Archbishop too has gone insane.”

Kyprianou said the vacillations and the flirting with a two-state solution has caused huge damage to efforts to solve the Cyprus problem.

First of all it has hurt our credibility towards the international community and Cyprus’ EU partners and the president’s dithering has led to a protracted deadlock, the Akel leader added.

He warned that if “Mr Anastasiasdes continues to vacillate and contradict himself he should have no doubt that history would be impartial with him. It will put him down as the leader of partition.”

In response to Akel’s criticism, the president decided to send to all party leaders an informal document he submitted to UN Secretary General Antonio Guterres on September 22, 2017, two months after the talks collapsed, in which he made clear what form of solution the Greek Cypriot side wanted and asked for a resumption of talks from where they left off.

The response came from government spokesman Kyriacos Koushos who suggested that Kyprianou “doesn’t realise the damage he causes by the repeated unfounded statements” on the form of solution as well as the actions the president had made in the past three years to restart the talks with the potential of being successful.

“After reading the informal document the president handed the UNSG, we think any further criticism and repeat of such unfounded claims on the mater can only be considered malicious and made in bad faith.”