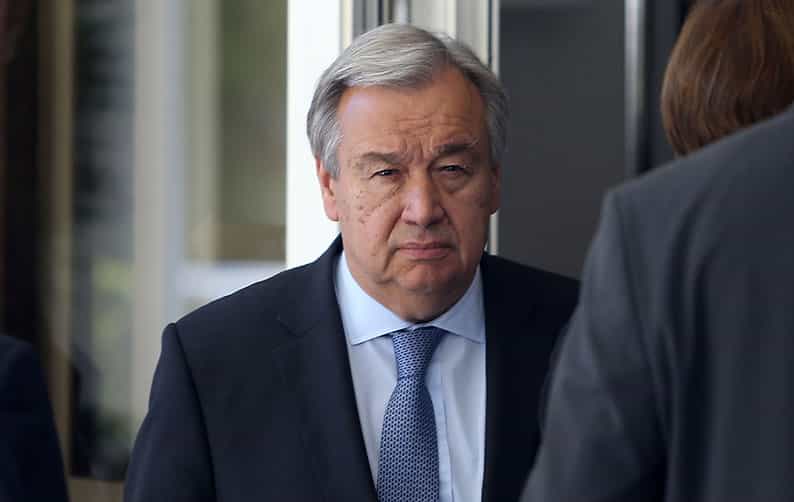 UN Secretary-General Antonio Guterres is going to have a number of consultations with all concerned parties before deciding on the next step on the Cyprus issue after the collapse of the Crans-Montana conference on Thursday, his spokesperson Stephane Dujarric said late on Friday.

To the question why Guterres ended the conference on Friday, which he had earlier described as “open ended”, Dujarric said the secretary-general, along with the other participants, worked literally through the night.

“They ended it at 2 o’clock. It was a shared understanding among the participants that it was best to close it and I think the secretary-general expressed his regret that the conference was closed without an agreement reached,” he added.

Asked to comment if this means that he is also returning his mandate, namely that the negotiations that started in 2008 are now ended, Dujarric said “that just means the Conference on Cyprus is closed”.

He was responding to a comment by Turkish Cypriot Mustafa Akinci made on Friday, that Eide will probably leave his post and that a new adviser would not be appointed. Akinci also said that special representatives would continue to exist, but added that he did not wish to comment on the issue in a hurry.

Asked if Eide has expressed his intention to leave his post after he briefs the Security Council, Siddique said: “No, he remains in post.”

Eide and the UN Special Representative in Cyprus Elizabeth Spehar will brief the Security Council on the latest developments on July 19, ahead of the adoption of a resolution for the renewal of the Unficyp mandate, scheduled for July 24.

“It’s one of a facilitator, we would remain available. I think he made that point himself very clearly in his press remarks yesterday.”

Dujarric stressed that any decision on the future would be taken by Guterres in consultation with all concerned.

“I think what happened yesterday has to be absorbed,” he said.

Asked if Guterres’ report on Cyprus peacekeeping force Unficyp, expected on July 10 would address the results of the Crans-Montana conference, Dujarric said “in due course” there would be a full report by secretary-general issued to the Security Council.

Referring to Guterres’ meeting with Turkish President Erdogan in Hamburg during the G20 summit, he said they exchanged views on a broad number of regional issues.

“The SG again expressed his regret, his disappointment that no agreement was reached on the Conference of Cyprus, but he told the president that he greatly appreciated the Turkish government’s strong commitment to the process,” Dujarric said, adding that Guterres had thanked all the parties involved, including the guarantor powers at his press conference on Friday.

Finally, on the question of whether the UN chief disagrees with Turkish foreign minister Melvut Cavusoglu’s statement on the parameters of the United Nations, Dujarric said that Guterres answered this question at Crans-Montana.

“The role of the United Nations is to facilitate. We are not negotiating on behalf of the sides, but we facilitate talks between them. And we remain available to the parties when they come forward with a request on negotiations.”

Trump says US hopes for quick trade deal with UK