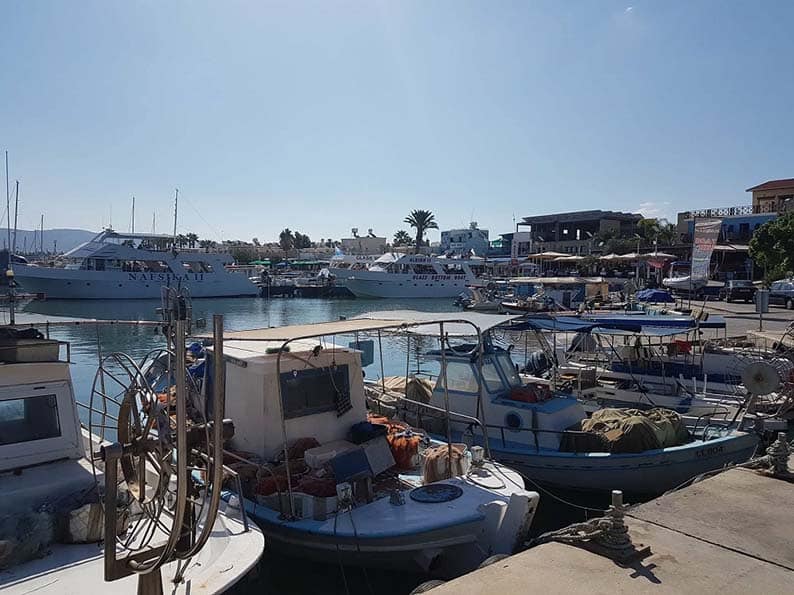 LATCHI port authority’s new plan to improve the organisation of the harbour is worrying fishermen who fear the latest regulations are threatening their livelihoods.

“The new general plan is to make the harbour as good as it can be. Up to now, everyone was doing whatever they want,” said a spokesman for Latchi port authority.

However, last week local fisherman fed up with jostling for space with an increasing number of tourist boats, and angered over a number of the new ‘regulations’, staged a short protest, blocking the entrance to the harbour for a couple of hours

“It seems that the port authority is giving priority to the tourist boats, and that the size of the vessels using the marina is increasing, making it far harder for us to negotiate our way in and out to sea,” said Alecos Christodoulou, head of the local fisherman’s association.

There are around thirty or so professional fisherman currently using the harbour, he said.

Christodoulou said that the main problems he faces, as well as the lack of space to moor his boat, involve the storage of fishermen’s nets and use of trailers.

“We have been told to remove our nets from the front of our boats, and it is difficult to take them home every day and bring them back in the morning. Also, we are no longer allowed to use our own trailers to get our boats in and out of the sea, but only ones belonging to the ports authority and then they will charge us,” he said.

He added that five large vessels are already using the small harbour and a further two will follow. This means that the fishermen’s have been squeezed further along the harbour as the boats are now taking up so much space leaving fishing vessels crammed very close together, he said.

The fisherman said he believes that their space is being encroached on, as the ports authority make money charging commercial vessels.

“I don’t think that they want to remove us from the port and there is nowhere else for us to go anyway, but it is now very difficult to get in and out to sea,” he said.

The ports authority spokesman denied that the space allocated to the fishermen had decreased, but suggested that the number of professional fishermen in the area is dwindling. “They are choosing other professions,” he said.

Christodoulou certainly isn’t. Every day, he heads out to sea at 1am, throws his nets and fishes until around 6am, when he heads back to Latchi with his catch.

“I have been a fisherman for all of my life, so was my father and my grandfather before me, in fact going back generations. This is what we do,” he said. “Fishing is important for many families from the area and our occupation by tradition.”

Christodoulou sells his fresh catch to the local fish shop and the restaurants buy what they need from there, he said, although some other fishermen sell directly to the restaurants.

“They depend on us,” he added.

“Generally, we face difficult periods as fisherman as sometimes it’s good and at others not, but I love it and my family grew up in the sea,” he said.

Latchi harbour is also home to many popular restaurants, and their operation is also being affected by the new initiative already being implemented by the authorities.

Lakis Matheou, owner of Faros, a busy restaurant along the harbour, said that he welcomes the new plan which he hopes will be fair for all and improve the area.

“We are still busy with tourists now, it has generally been a very busy summer which is great,” he said. “Everybody needs to have his own position on the harbour, to understand the guidelines so we can present a better organised face.”

He added that improvements are still needed such as public toilets.

Matheou said that restaurants, including his, were also informed by the authorities last week that they had to rearrange tables, chairs and umbrellas found closest to the sea, making more space for emergency vehicles to access the area in case of a fire or accident.

“We agree with this and moved everything, but there are places for boats to refuel and the position of these refuelling tanks is quite dangerous and also needs to be addressed,” he said.

Mayor of Polis Chrysochous, Giotis Papachristofi confirmed that the ports authority is working on a plan for the harbour.

“In the next few days we will know what their thoughts are and what they think is the best way forward for everyone,” he said.

A meeting between the Cyprus Port Authority and the fisheries department will be held in Limassol on October 4 to discuss the plan.

Meanwhile, the port authority spokesman clarified that it had been widely reported they only took over the running and ownership of the port around a year and a half ago when in fact they have been responsible for the harbour since the 1970s.

“We have been running the port for decades but only got the title deeds one and a half years ago which is probably where the confusion arises,” he said.

Christodoulou said that he had faith in the Limassol ports authority as they listened to the fisherman’s’ concerns and said that they would do what they could to help.

“We will see what happens at the meeting but we hope that the outcome will be a positive one for us,” he said.

Concerns over public access in wake of beach legislation