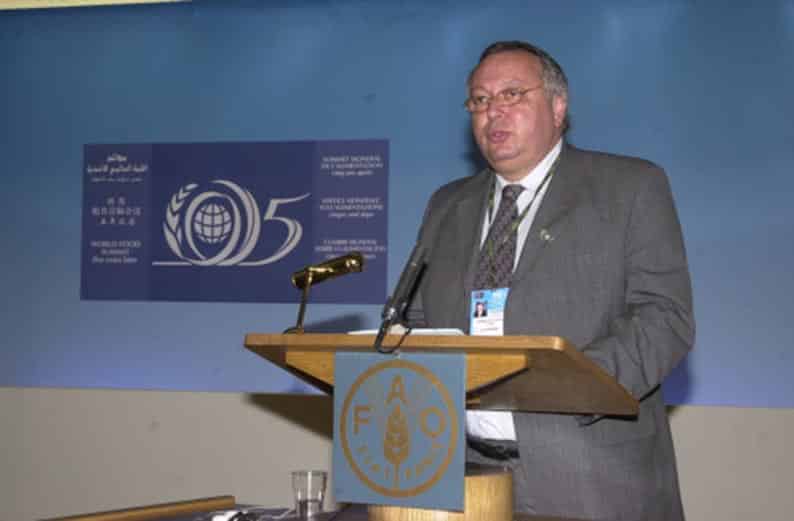 President Nicos Anastasiades has cheated everyone who voted for him on the promise of a solution to the Cyprus problem and has instead delivered permanent partition, a former minister in the Clerides administration has said.

In an interview with the Sunday Mail, Costas Themistocleous, who was agriculture minister from 1998 to 2003, said the collapse of the talks in Crans-Montana in July marked not only Anastasiades’ failure to lead to a solution but “actually brought us to the brink of permanent partition” – a burden the president “will carry on his shoulders”.

“We have repeatedly had the chance to prove our willingness to create a shared state with the Turkish Cypriots, but we opted instead to send the message that we are not interested,” said Themistocleous who ran for president in 2008 with the United Democrats (EDI).

According to Themistocleous, the first instance was in 2004, when the Greek Cypriots voted ‘No’ to the United Nations’ settlement plan. Then, in 2008, the talks between President Demetris Christofias and Turkish Cypriot leader Mehmet Ali Talat produced no list of convergences, “for which only Christofias is to blame”, resulting in Talat’s electoral defeat to hardliner Dervis Eroglu. And the third time was July 2017, when, “regardless of what we say, UN secretary-general Antonio Guterres reported that it was not Turkey’s stance that led to the collapse of the talks”.

“We have once again sent the message that the Greek Cypriots are only interested in the seal of the Republic of Cyprus,” the former minister said.

“This all served to vindicate [former Turkish Cypriot leader] Rauf Denktash, who used to reply to those accusing him of being an intransigent hardliner that Greek Cypriots are not interested in a power-sharing and partnership. We have proven that we prefer the status quo instead of sharing power with the Turkish Cypriots.”

Themistocleous argued that partition is now inevitable because the world has finally realised that the Greek Cypriot side is not honest when it professes its readiness to share power with the Turkish Cypriots, and interpreted Guterres’ report on the latest developments on the UN-brokered peace process as veiled finger-pointing.

“When he sought re-election in 2003, [former President Glafcos] Clerides had asked for 16 months to solve the Cyprus problem – that’s how long he thought it would take him,” Themistocleous said.

“Mr Anastasiades has had four such 16-month periods in power, in much better conditions than Clerides did. But he deployed a strategy that not only failed to lead to a solution but actually brought us to the brink of permanent partition. And he will carry this burden on his shoulders.”

As for Turkish Cypriot leader Mustafa Akinci, Themistocleous is certain he will likely go the way of Talat.

“Both were elected on a single promise: the possibility of a solution,” he said.

“When Talat failed to deliver he was replaced. My sense is that Akinci will not even stand for re-election. He decided to run even after having retired from politics for a single reason: to solve the Cyprus problem. I personally doubt that he will run again – and if he does, he will share Talat’s fate.”

One of the most passionate supporters of a federal solution with political equality and power-sharing, Themistocleous was uncharacteristically ominous when referring to the recent escalation of aggression between the two communities.

Instead of engaging in measures of good-will, a string of decisions on both sides that can only be described as ‘anti-confidence building measures’ (CBMs) have damaged whatever trust there was between the two sides.

“These are the result of the collapse not just of the talks but of the last shreds of any prospect for a solution,” Themistocleous insisted.

“We are now facing the search for a way to legitimise the de facto separation into de jure partition. It is no coincidence that we are not even talking about confidence-building measures, let alone pursuing them. We have entered a period in which separation and partition are finalised.”

For the former minister, Guterres’ all-the-best wishes for “all the Cypriots, north and south” was indicative of what the UN’s attitude to Cyprus will be from now on.

“What comes next was accurately predicted by Clerides, who had said in the run-up to the 2004 referendum that ‘there will be no end to the depths of the abyss we are about to fall into’,” he said.

“Except I fear there will be an end – it is permanent partition.”

Anti-CBMs since the collapse of the talks

Tales from the Coffeeshop: As honest as the day is long