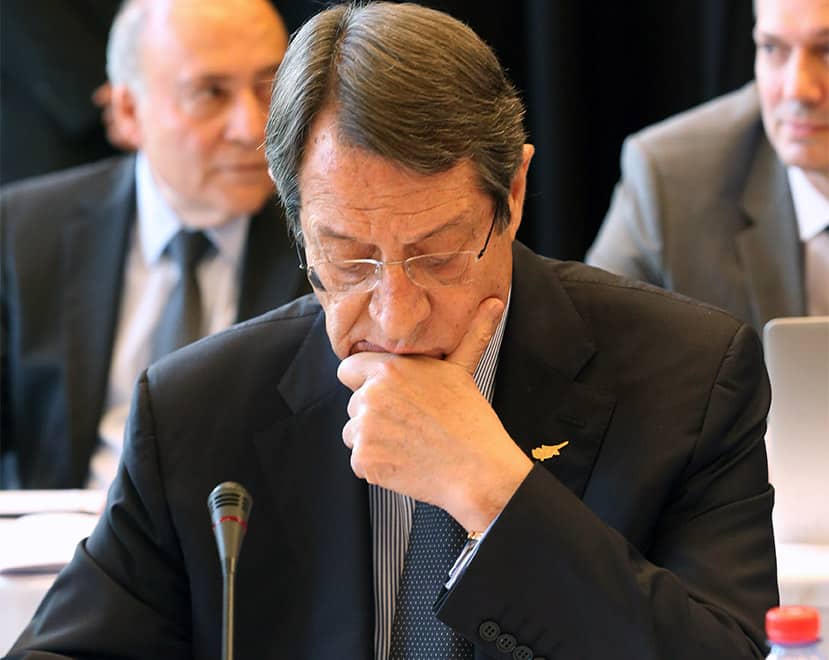 The leaked emails of state attorney Eleni Loizidou, de facto second in command at the state Legal Service, have put Cyprus in the difficult position of having to defend itself against the appearance of doing Moscow’s bidding, President Nicos Anastasiades has said.

In an interview to TV station Alpha, Anastasiades said the affair could cause problems with traditional ally Russia and bring back accusations of inappropriate ties between the two countries.

“We must be extremely careful in how we handle [this issue],” Anastasiades said.

“Unfortunately, what has been made public may cause problems in our relations with a traditionally friendly nation, Russia, and could exacerbate the problems we have with other European countries who claim we are supposedly subservient to this regime or that government, and so on.”

Cyprus has caught much flak, the president said, from other European nations which covet its sizeable financial services business.

Anastasiades said he has yet to be contacted by any foreign governments regarding the issue, but said he is “certain some in the West will exploit the affair to claim we are controlled by, or acting to the benefit of, Russia”.

“There are also President [Vladimir] Putin’s opponents, who will claim that we are co-operating with him in persecuting his critics,” he said.

Anastasiades said he did not believe attorney-general Costas Clerides had any responsibility in the matter, since there was no evidence to suggest he had any prior knowledge, and that responsibility falls on Loizidou for failing to maintain security protocol by using a personal email account for state business.

“There is responsibility on her part,” the president said.

“She has placed the country in a difficult situation and I don’t think a state attorney’s role is to compromise personal data and create problems for our country either with our European allies or our Russian friends.”

Still, he said he believed Loizidou’s failings were the result a lack of understanding of the seriousness of her actions, rather than corruption.

Anastasiades dismissed claims that the leak suggests weaknesses in the state’s cybersecurity protocols.

“The leaked emails didn’t come from her work computer, which requires security access codes,” he said.

“The problem is that she used her own, personal computer, and this is where security protocol was breached.”

Hazard and Morata on target as Chelsea see off Newcastle