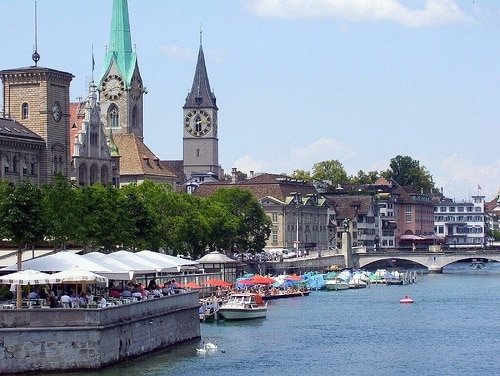 Switzerland’s largest and wealthiest canton saw a three-fold rise in the number of tax cheats turning themselves in during 2017, Zurich officials said on Thursday, as an international accord to share information on offshore wealth takes effect.

The authorities have been able to handle only about half the cases so far, however, so they expect the sum to rise.

Under the Organisation for Economic Cooperation and Development’s new Automatic Exchange of Information programme, more than 100 countries are beginning to exchange financial information amid a global clampdown on tax evasion.

The agreement aims to ensure offshore accounts are known to authorities in the country where the account holder owes tax.

Switzerland, the world’s biggest centre for managing offshore wealth, will get the first information from other countries this year, starting with data collected in 2017.

Switzerland in 2010 introduced a rule letting taxpayers self-declare untaxed assets one time without facing a fine.

Zurich said its tax office had beefed up staffing in the unit handling self-disclosures, helping double the number of cases it was able to process during the year to 3,800. That included some that had been received at end-2016.

Meanwhile, the canton of Lucerne said it had generated 15.5 million francs in additional taxes from new self-disclosures last year, seeing an uptick in the number of cases but a decline in the sums each taxpayer declared.

Figures for other cantons were not immediately available.