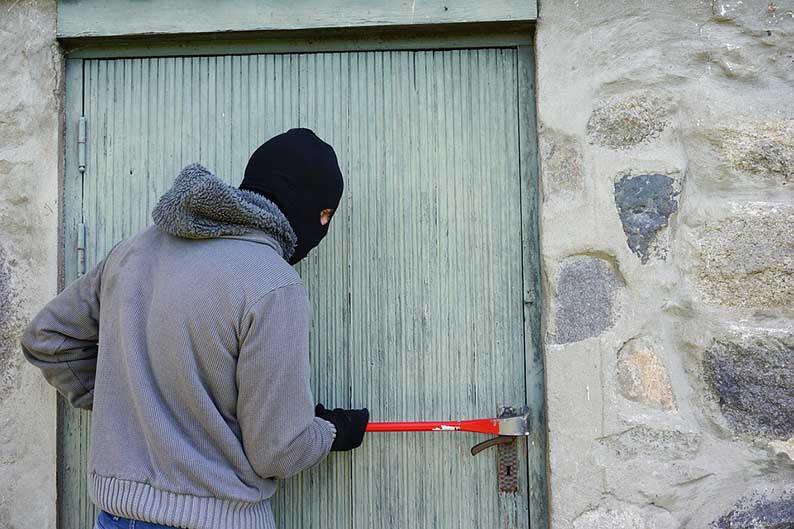 It took a lot of complaining, a lot of pressure and a lot of robberies but residents in Erimi and nearby Limassol villages are tentatively beginning to feel hopeful that a spate of burglaries which have plagued the area for almost a year now may come to an end.

Erimi community council leader Panicos Hadjipetrou told the Sunday Mail that the situation was so bad that it was marked by a new burglary almost every other night.

The local police station in Episkopi covers Erimi, Souni, Sotera, Kantou, Kolossi, Ypsonas, Trachoni, Asomatos and Akrotiri.  According to the police website, it is staffed by 20 officers.

Hadjipetrou however said there were often times when residents would call at night and would hear responses such as “there’s only two of us in the office, we can’t come.”

Fed-up residents decided they didn’t want to take it anymore and after approaching the central Limassol police station, coordinated efforts have moved forward and Hadjipetrou said “we’re very pleased. Already seven people have been arrested. We’ve seen progress and we have to give credit where credit is due.”

Last week, police arrested seven men and a woman aged between 30 and 47 in connection with a string of burglaries since 2011 in all districts.

Residents in the area, several of them expats from countries such as the UK, US and Russia have found themselves digging up all sorts of information on how to keep their homes safe.

A neighbourhood watch Facebook page for Erimi, Kolossi, Souni and Episkopi was created by a resident in Erimi, Athena Ioannou in a bid for locals to help each other out.

“It’s for people to share their concerns and notes, what we can do, who we can talk to. We’re all in the same boat,” she said.

The page contains tips from people advising on practises to keep homes safe.

Ioannou contacted the Sunday Mail after she felt police were not doing all they could. “House after house was getting robbed in the past year and the only thing we would hear is ‘get a dog’ or ‘get a camera’ but not everyone can afford security cameras,” she said.

“Lots of people in the area have installed them,” whether it’s people that were robbed or people that are trying to make their home more secure, she said.

Ioannou, who moved to Cyprus after almost 40 years in the US conceded that although catching the robbers may prove to be difficult, “if this was in America there would have been a town meeting to discuss this. Nobody has reached out to our community.”

Several residents felt their concerns fall on deaf ears, she added. Since her initial contact to the Sunday Mail, police’s efforts have led to the arrest of seven people connected to cases from 2011.

“I think it’s great news. It appears police are stepping up but we hope there’s an end to the robberies,” Ioannou told the Sunday Mail.

While this was a positive step, the question still remains about all the other burglaries that took place last year. In addition, according to the Facebook page, yet another one has taken place in the area since, leaving residents doubting the arrests may be linked to the incidents close to home.

The officer heading the operation was not immediately available for comment to the Sunday Mail.

Ioannou recalls the burglaries really began in earnest in the summer of 2017. Her parents’ home was robbed in May last year when they had gone out for a wedding and were away for not more than a couple of hours.

The culprits had apparently smashed a window to gain entry and consequently stole her mother’s jewellery which had been handed down from generation to generation of the family.

“My parents were terrified after that. It wasn’t only the loss of items of sentimental value but a violation of their home. They felt disgusted.”

Ioannou says she has since heard numerous stories, one after the other of people getting robbed even while they are inside their own home.

“My parents’ house is like a fortress now,” she said. “I didn’t leave America for this to happen here…People don’t know what to do to protect themselves.”

Driven to poverty by Swiss-franc loan