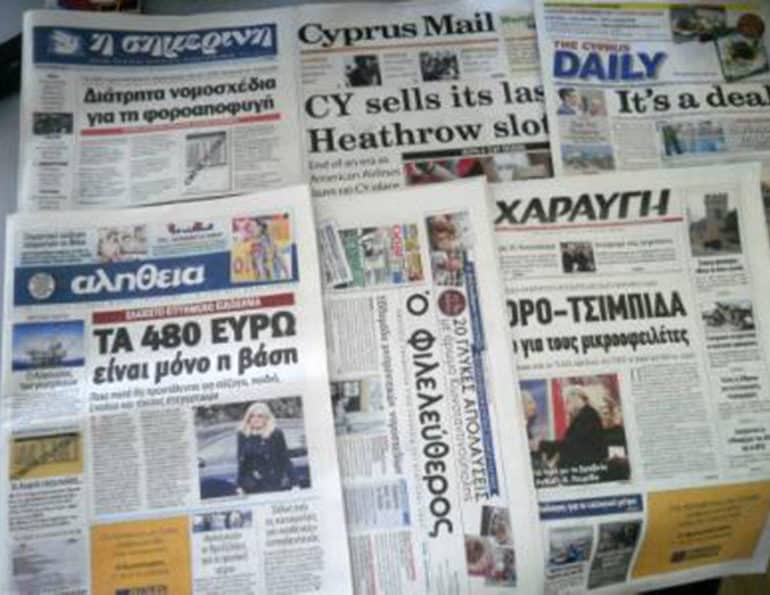 Almost five in ten Cypriots say they come across fake news every day or almost every day, while more than seven in ten say they can identify this type of disinformation.

The first results of the flash Eurobarometer on fake news and online disinformation, which were released this week, show that fake news is widely spread across the EU with 83 per cent of respondents saying that this phenomenon is a danger to democracy. A full report will be issued in the coming weeks.

The Eurobarometer survey was conducted via telephone in early February in all EU member states. Over 26,000 people were interviewed about their perception of fake news and their trust in news media sources.

In Cyprus, as in the other 27member states, on average, seven in 10 respondents perceive fake news to be a problem in their country. Around the same percentage feel that fake news is a problem for democracy in general.

Thirty eight per cent of Cypriot respondents said they believe it the journalist’s job to stop fake news, 31 per cent said it was the task of national authorities but also of citizens themselves, followed by those who said that the responsibility lies with press and broadcasting management.

Journalists (45 per cent), national authorities (39 per cent) and the press and broadcasting management (36 per cent) are the three top things that could stop the spread of fake news according to EU nationals.

The most trusted source of information among Cypriot respondents was television, as more than seven in 10 said they consider it as such, followed by radio – 69 per cent – and printed newspapers and news magazines (59 per cent).

Their least trusted source of information is video hosting websites and podcasts – as only around one third (34 per cent) said they totally trust or tend to trust these sources. The EU average is 27 per cent.

The survey results indicate that age and level of education play an important role in which sources of information members of the public tend to trust.

According to the overall assessment of the responses of all respondents, users aged between 15 and 24 tend to put more trust in video hosting websites and printed newspapers and news magazines. Users with a lower level of education, the survey said, tend to trust less online. Users with a lower level of education are more likely to say they come across fake news seldom or never, while they are also less confident identifying it, the report said.

In Premier League mid-table, be careful what you wish for

ECHR, Amnesty take Spain to task over freedom of expression