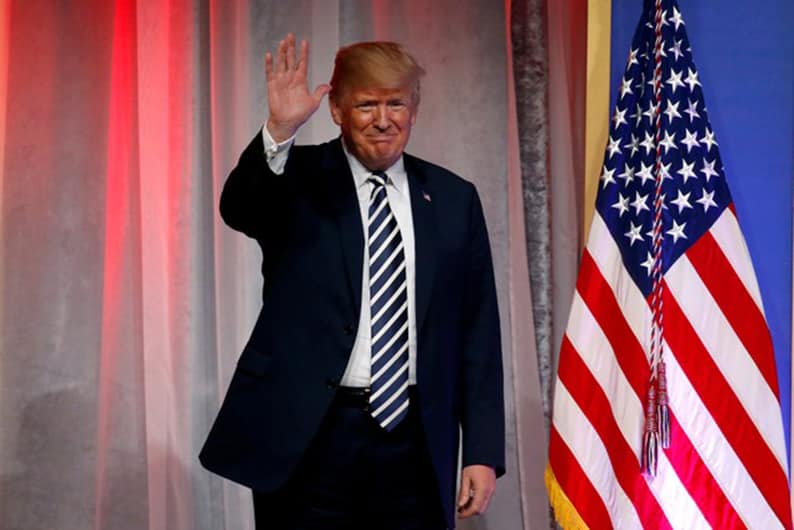 European Trade Commissioner Cecilia Malmstrom expressed cautious optimism on Thursday that US President Donald Trump would exempt the European Union from import tariffs to be imposed on steel and aluminium.

The United States is set to begin charging import duties of 25 per cent on steel and 10 per cent on aluminium on Friday, although it appears to be ready at the last minute to consider exemptions beyond those already granted to Canada and Mexico.

Malmstrom met US Commerce Security Wilbur Ross and US Trade Representative Robert Lighthizer in Washington on Wednesday before an expected announcement from Trump on trade later on Thursday, with China seen as a target for more action.

Briefing EU ambassadors and the European Parliament on Thursday morning, before EU leaders meet at 2 p.m. (1300 GMT), she indicated there was a greater willingness to find a solution to avert a trade war.

“I hope that he (Ross) will recommend the exclusion of the EU as a whole to the president. President Trump will make an announcement on possible exclusions. We expect that we are on that list,” Malmstrom told the trade committee of the European Parliament.

“It is the president who decides this… but we expect that Secretary Ross will recommend that the EU is excluded as a whole,” she continued.

Lighthizer told the US Ways and Means Committee that the United States was in talks with the European Union, Argentina and Australia on granting possible exemptions to metals tariffs, and hoped to settle the issue by the end of April.

Malmstrom and Ross said they had agreed to start immediate discussions on areas of trade concern, including steel and aluminium.

Trump’s final word is awaited, but Donald Tusk, who will chair Thursday’s EU summit, said he too was cautiously optimistic.

“Leaders will discuss how to respond to President Trump’s overall approach to global trade, which could negatively affect jobs all over the world. If the United States turns protectionist for good, the whole world will have a problem,” Tusk told a news conference on the eve of the summit.

“We are not there yet and there is still time to act sensibly.”

The European Commission has proposed that, if tariffs are imposed, the bloc should challenge them at the World Trade Organization, consider measures to prevent metal flooding into Europe and impose import duties on US products to “rebalance” EU-US trade.

The one word neither the Commission nor EU leaders will want to use is “retaliation”.

“The EU is quite conscious of not wanting to fight the US or give Trump a bloody nose through words,” one diplomat said.

The European Commission on Wednesday proposed rules to make digital companies pay more tax, with US tech giants such as Google, Facebook and Amazon set to foot a large chunk of a potential 5 billion euro bill.

EU Economics Commissioner Pierre Moscovici brushed off accusations that he was going after rich American tech companies to enrich EU coffers and France, Germany, Italy, Britain and Spain welcomed the proposals in a joint statement.

However, some smaller countries fear the proposed tax would undermine their ability to attract multinationals and see the measure as more likely to shift tax revenue to bigger EU countries rather than raising more money.