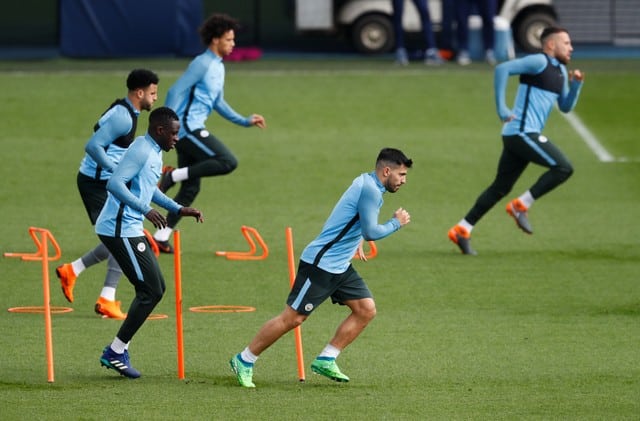 Manchester City must overturn a 3-0 deficit against Liverpool in the second leg of their Champions League quarter-final tie on Tuesday and manager Pep Guardiola said that will require “the perfect game” from his players.

City go into the match on the back of a 3-2 defeat in the Premier League to rivals Manchester United on Saturday when a win would have secured the title.

Guardiola’s side gave up a two-goal lead in that game and they know that even a single slip-up against Liverpool will make their task of progressing to the semi-finals almost impossible.

“Of course to go through you have to make the perfect game, create chances, be clinical, concede few chances, all the conditions have to be perfect,” said the Spaniard.

“The result is tough but we have 90 minutes and in football anything can happen. What we are going to do is try. We have to score the first one, then make the second one. We’ll see the momentum, try to keep it longer and then we’ll see,” he added.

City conceded their six goals in the past two games during a pair of intense short spells and Guardiola said they have to be ready to deal with adversity.

“If we concede, don’t give up – it’s more than 90 minutes. We have very often created a lot of chances in short period of time and we have to be clinical. And if we are not clinical then move on to the next one,” he said.

City were eliminated last season in the last 16 by Monaco and it would be a disappointment for them to fail to make the last four after such a dominant season domestically.

But the former Barcelona manager believes that his side is growing and will soon be among the real elite of European football.

“We need titles in Europe – it’s complicated but you need nights that make you understand it,” he said.

“Beating Barca (last season) was so special because we know they’re the best team in the world but it will happen sooner or later.

“With what this club has done in the last 10 years in terms of creating facilities and making it bigger it will happen. Juergen Klopp’s side won the first leg at Anfield 3-0 but the former Southampton defender said it would be a mistake to keep that result in their head for the match at the Etihad.

“It is pretty clear that defending a 3-0 lead is going to be a bit of a strange situation. We need to come here with the mindset it is still 0-0 and we want to win the game and we know we are capable of scoring goals,” Van Dijk said.

“We know also as a team we can defend well, pretty compact, we saw it in the second half at Anfield but the main thing is we definitely need to keep the mindset of winning the game instead of defending a lead.”

With City needing goals, Liverpool can expect to come under plenty of pressure from the outset but Van Dijk said even if they concede early, it is vital they do not panic.

“We need to stay calm. We are not going to think we are going to concede early, that is not the mindset we want to have going into the game,” he said.

“We know we need to be 100 percent, try to do the same things we did in the first half at Anfield and if we do that, everyone is ready for it, then it is going to be a difficult night for them as well.”

City conceded three second half goals on Saturday as they gave up a two goal lead at home to Manchester United in the Premier League but Klopp said that even in that bitter defeat, Guardiola’s side had shown their quality.

“If you saw the first half against United, in a normal game, against one of the best teams in the world, they could have scored six goals and maybe should have four at least,” the German manager said.

“We have to be at our best again. That is how it is. If it was how everyone expected, then we are already half way out and here to keep our pride and show a reaction.

“We have to use the situation because we created it with an outstanding performance. I am still excited and not anything else. I am really looking forward to this.”

Zuckerberg set to apologise yet again