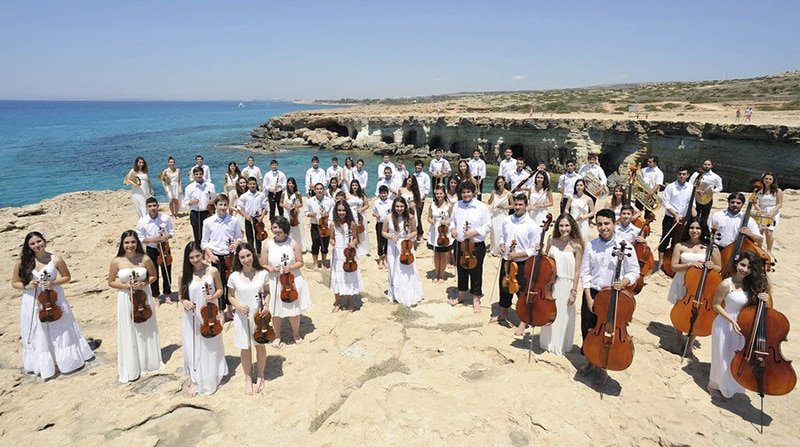 Forty-five professional musicians will meet on stage with 30 young musicians under the baton of the Cyprus Symphony Orchestra Artistic Director and Chief Conductor, together with soloists Maria Petrou and Orestis Papatryphonos on violins. Audiences will be presented with images of the eternal battle between the forces of good and evil with Night on Bald Mountain by Modest Mussorgsky, Le Streghe (Witches Dance) for violin and orchestra, op. 8 by Niccolo Paganini and Symphonie Fantastique, H. 48 by Hector Berlioz under the summer moonlight.

Night on Bald Mountain is a memorable impact piece with considerable drama and vivid sensations of the supernatural.

Le Streghe (Witches Dance) for violin and orchestra, op. 8, is considered to be one of Paganini’s mature works as it uses all the innovations he had introduced as a violin virtuoso performer. Like so many of his other works, it was not published during the composer’s lifetime. This composition, along with Paganini’s gaunt appearance and air of mystery on stage, fed rumours that Paganini owed his virtuosity to a pact with the devil. These rumours caused the composer so much trouble that he went to great lengths to present himself as the product of a god-fearing family.

The piece begins with an orchestral introduction and within a few bars it becomes quite loud and stormy, hinting at an important phrase of the main melody. Soon the violin enters with a sweet, singing theme.

Symphonie Fantastique has always been the work with which Berlioz’s name is most closely associated. The composition of this revolutionary masterpiece marked a breakthrough in the composer’s career and the starting point of his mature work as a symphonic composer. Symphonie Fantastique was initially composed in 1830 and first performed in December of the same year. Berlioz however revised the work extensively during his trip to Italy in 1831 and in subsequent years and did not publish it until 1845. The work as we now know it is thus substantially different from the original of 1830, which can no longer be reconstructed in full detail.

Berlioz declared in his memoirs that the music portrays the dreams of a young man who, in the aftermath of a failed love affair, has taken an overdose of opium. The first movement, which begins gently but increases in intensity, is intended to depict the delights and despairs of love. The second movement, an elegant waltz, evokes a ball where the lover again encounters the woman he can never possess, now in another man’s arms. The third movement portrays his attempt to escape his passions by traveling to the countryside, but, as memories of the unattainable woman return to his thoughts, the tone grows sombre. The composition takes a highly dramatic turn in the ponderous fourth movement, when the young man imagines that he has murdered his beloved and is about to be executed for the crime. The music depicts his march to the guillotine, where his last thought is of the woman he loves. In the final movement, he is in hell at a Witches’ Sabbath over which his beloved herself presides.