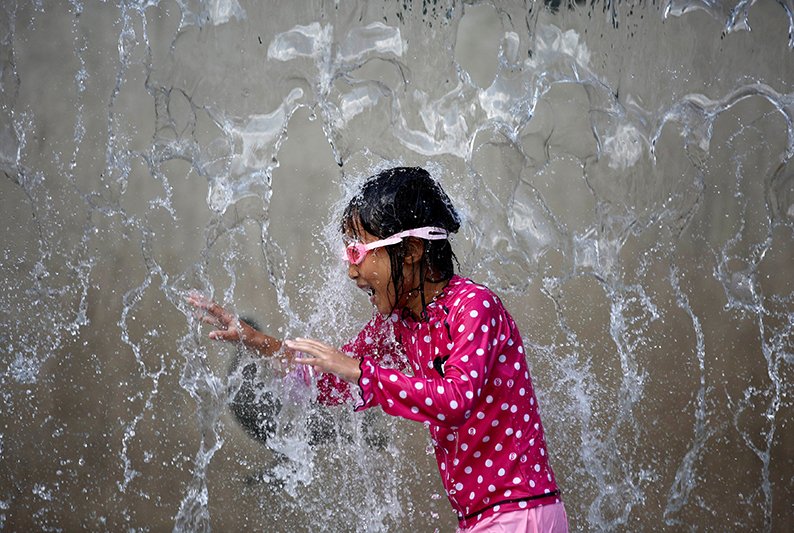 A heat wave scorching Japan is raising questions about timing the Tokyo 2020 Olympics during July and August, typically the annual peak for temperatures and humidity, and the health risks that might pose for athletes and spectators.

When Tokyo first hosted the Summer Olympics in 1964, they were held during the cooler, drier month of October. The 1968 Mexico City games were also held in October.

But most Summer Olympics for the past three decades have been held in July or August, recognised as an ideal time window for TV networks to cover the event.

They pay billions of dollars for broadcasting rights during these months when the global sports calendar is otherwise light, increasing the chances of capturing a bigger audience.

Neal Pilson, the former president of CBS Sports, which broadcast the 1992, 1994 and 1998 Winter Olympics in the United States, said “the IOC is well aware of American network preferences for the timing of the Summer and Winter games,” referring to the International Olympic Committee (IOC).

“The Summer Olympics are simply of less value if held in October because of pre-existing programme commitments for sports,” he told Reuters.

The IOC stipulated that bidders for the 2020 Olympics should hold the event between July 15 and Aug 31. Tokyo chose July 24 to Aug 9.

To set the dates, the IOC gets input from international sporting federations so as not to interrupt their schedules.

But the dates are also chosen because of the lull in the sports calendar, public Olympic records show and TV sports marketing experts say.

In September or October, the Olympics would have to compete for viewers’ attention against other events, such as the start of the NFL American football season, Major League Baseball playoffs in the United States and the early months of the football season in Europe.

“It’s designed to fit in this window, a lull in the sports schedule where not much is going on,” said Victor Matheson, a professor of economics at College of the Holy Cross in Massachusetts.

Candidate cities can propose alternative dates, although they are not always granted. When Doha in Qatar proposed hosting the 2020 games in October because it was too hot in July and August, the Olympic Broadcasting Services, which provides TV coverage for many events, and International Television and Marketing Services were critical of the idea in feedback published in an April 2012 Olympic working group report.

“Olympic Games held in the IOC’s preferred period of July/August provide broadcasters with a ‘guarantee’ that they will be prime-time market leaders,” the feedback read. “In October, broadcasters would face lower viewership/ratings levels.”

NBC, which in 2014 agreed to pay the IOC $7.65bn for exclusive broadcasting rights in the United States through 2032, declined to comment.

Discovery Communications, which acquired Eurosport in 2015 and spent €1.3bn to buy pan-European rights to four Olympics through the Paris 2024 games, also declined to comment.

IOC spokesman Michael Noyelle said in an email that broadcasters provide their input during the development of the competition schedule after the Olympics dates have been set.

The IOC established July and August as the months to hold the Summer Olympics in 2000, Noyelle said. “As there was no exception requested for the Tokyo 2020 candidature, no stakeholders were consulted on Tokyo’s dates,” he said.

Most Summer Olympics have been held in July and August since 1976, and organisers have had to cope with hot weather in several host cities.

Exceptions to the dates are made. The 2000 Sydney games were held in the last two weeks of September to adjust to the Southern Hemisphere weather.

Tokyo said in its bid that its proposed dates have “many days of mild and sunny weather,” providing “an ideal climate for athletes to perform at their best.”

The concerns about high temperatures during the Olympics have arisen because of a heatwave in Japan this year.

Temperatures soared to a record 41.1 Celsius on Monday just north of Tokyo. At least 80 people have died and thousands have gone to hospitals.

However, the average high for the last 10 days of July and first 10 days of August in Tokyo over the past 20 years has been about 32 Celsius, according to Japan Meteorological Agency data.

A team of international researchers that gathered heat, humidity and other data along the proposed Tokyo marathon course in late July and August in 2016 and 2017 found conditions could put athletes and spectators at increased risk of heat stroke, and have urged organisers to create more areas of shade.

“I’m afraid that Tokyo’s conditions will be the worst in Olympic history” for the marathon, said Makoto Yokohari, a professor of environmental studies at the University of Tokyo who was involved in the study and is an advisor to Olympics planners.

Tokyo organisers say they are taking the warnings seriously, and have decided to move up the start time of the marathon races to 7am from 7:30am They are also covering the marathon course and other major roads with more than 100 kilometers of a resin-based surface that reflects infrared rays and lowers the pavement temperature by as much as 8 degrees Celsius.

Organisers are also looking at ways to keep spectators cool with tents, fans and sprays of cooling mist.

“We are preparing for the heat counter-measures in every possible aspect,” said Masa Takaya, a Tokyo 2020 spokesman.

Holding the games in October or November “would be an ideal time for Tokyo, but I would say never in summer in Tokyo,” said Yokohari, the marathon study professor. “It’s hot and very humid.”