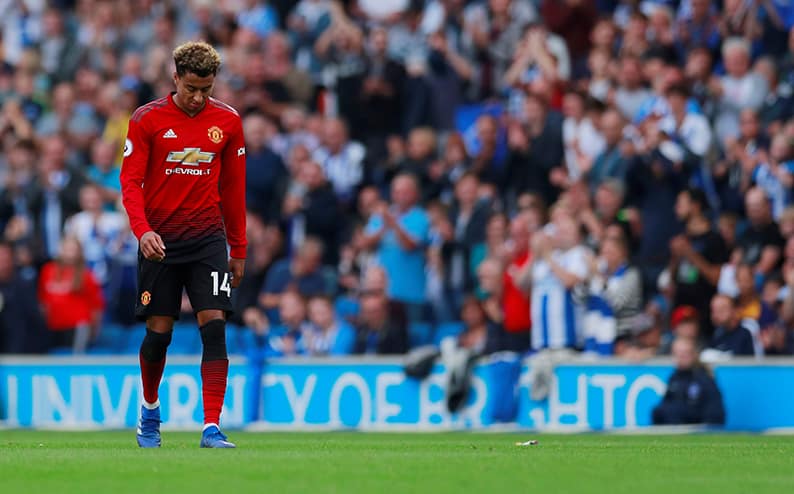 After a close-season of discontent,Manchester United’s dismal performance in their 3-2 defeat by Brighton & Hove Albion on Sunday only intensified the chorus of criticism.

But with the transfer window closed, manager Jose Mourinho has no alternative to trying to draw on his experience and skill to get the best he can out of a team many believe lack the quality and character to be genuine title contenders.

The big question is does Mourinho still have what it takes to turn around a side outfought by a team who finished 15th last season?

“He is in a very difficult place, isn’t he? We think he fell out with the Chelsea players and that ultimately cost him his job,” Souness said.

Souness was scathing in his evaluation of the squad at Old Trafford.

“Prior to Fergie (former manager Alex Ferguson) going to United, this is the most average group of players I’ve ever seen at the club. They’ve got absolutely nothing about them. They’ve got no presence or anything and there just doesn’t seem to be any leaders out their pointing fingers.”

While Souness’s association with Liverpool may lead some to question his objectivity over their arch-rivals, his latter point is one former United great Paul Scholes agrees with.

“There’s a lack of leaders in the team,” Scholes told Australia’s Optus Sport.

“We thought Paul Pogba might be the ideal candidate to be that leader but he wasn’t there today. He had another really poor game. He’s so inconsistent,” he said.

Mourinho had made public his disappointment at the club’s failure to bring in an additional central defender and the poor performance of Eric Bailly and Victor Lindelof supported his position.

But as critics of Mourinho have been quick to point out — both those central defenders were signed by the former Chelsea and Real Madrid manager.

Pogba is another Mourinho signing along with Alexis Sanchez, who missed Sunday’s game but has yet to really show his best since signing from Arsenal in January.

United face a tough test next when they host Tottehham Hotspur on Monday but the good news for Mourinho is that the fixture list has been kind to his team.

Mourinho will also be looking forward to the likes of Nemanja Matic, Jesse Lingard, Ander Herrera, Phil Jones and Chris Smalling getting back to full fitness and involvement.

While Manchester City’s 6-1 win over Huddersfield Town on Sunday highlighted the gap between the two Manchester clubs, former United skipper Gary Neville believes there is enough quality at Old Trafford for Mourinho’s side to be among the top four.

“It will get better and United will get stronger with players back. I do think United will finish in the top four,” he said.

“But that’s not always been the benchmark with the club who usually aspire to win titles,” he said.

Indeed, United fans expect much more but after Sunday’s defeat, many would be relieved if they can meet their minimum target this season.