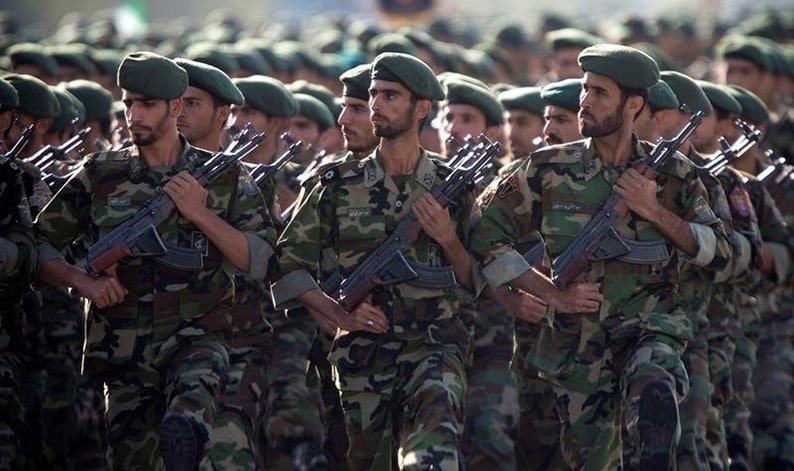 Gunmen fired on a military parade in southwestern Iran on Saturday, killing 25 people, almost half of them members of the Revolutionary Guards, state media reported, in one of the worst attacks ever on the elite force.

State television said the assault, which wounded more than 60 people, targeted a stand where Iranian officials had gathered in the city of Ahvaz to watch an annual event marking the start of the Islamic Republic’s 1980-88 war with Iraq.

Following are some questions and answers about the Islamic Revolutionary Guards Corps (IRGC):

WHAT IS THE IRGC?

It was set up after the 1979 Islamic Revolution to protect the Shi’ite clerical ruling system and revolutionary values.

It answers to Supreme Leader Ayatollah Ali Khamenei. The IRGC has an estimated 125,000-strong military with army, navy and air units. It also commands the Basij religious militia, a volunteer paramilitary force loyal to the revolution.

Basijis mounted “human wave” attacks against Iraqi troops during the war in the 1980s. In peacetime, they enforce Iran’s Islamic social codes. Analysts say Basij volunteers may number in the millions, with 1 million active members.

The Qods (Jerusalem) force, led by Major-General Qassem Soleimani, is the branch of the Revolutionary Guards which operates outside of Iran’s borders. Members of the Qods force have fought in support of President Bashar al-Assad in Syria’s civil war and have backed Iraqi security forces in their battle against Islamic State militants in recent years.

WHAT HAS THE IRGC SAID ABOUT THE NUCLEAR ROW WITH THE WEST?

The Guards have warned they could disrupt oil traffic in the Gulf waterway if pushed, but commanders doubt the United States will strike because it could spark a broader regional conflict.

Senior Guards commanders were sceptical about President Hassan Rouhani’s cultivation of detente with the West with the landmark 2015 deal, which placed curbs on Iran’s nuclear program in exchange for the lifting of a number of sanctions.

WHAT ARE THE IRGC’S MILITARY CAPABILITIES?

The IRGC oversees Iran’s ballistic missile program, which includes missiles like the Shahab-3 with a range of 2,000 km (1,250 miles), analysts say.

The Guards used the missiles to attack militants in Syria last year and also targeted an Iranian Kurdish opposition group in northern Iraq with a missile strike in early September.

Trump pointed to Iran’s missile program as one of the points that was not addressed in the 2015 nuclear deal and which he cited as a reason for pulling out.

The IRGC have also conducted drills using speedboats in the Gulf, tactics which analysts say could be used to disrupt oil shipping lines in the waterway.

The Guards have extensive conventional combat hardware and capabilities which have been showcased in their recent involvement in the conflicts in Syria and Iraq.

WHAT IS THE IRGC’S POSITION IN THE POLITICAL SYSTEM?

The IRGC’s mandate to protect revolutionary values has prompted it to speak out when it felt the system was threatened. Rouhani has criticized the Guards’ political involvement but senior commanders of the force have pushed back since Trump withdrew from the nuclear deal, which was seen as Rouhani’s biggest political achievement.

The Guards appear to be positioning themselves to increase their political power after Supreme Leader Khamenei, who is 79, leaves office or dies, analysts say.

WHAT ABOUT BUSINESS INTERESTS?

After the 1980s Iraq war, the IRGC became heavily involved in Iran’s reconstruction and has expanded its economic interests to include a vast network of businesses, ranging from oil and gas projects to construction and telecommunication and worth billions of dollars.

‘Cypriot economy out of 2013 cardiac arrest’

Remand for suspect who forced man to sell drugs