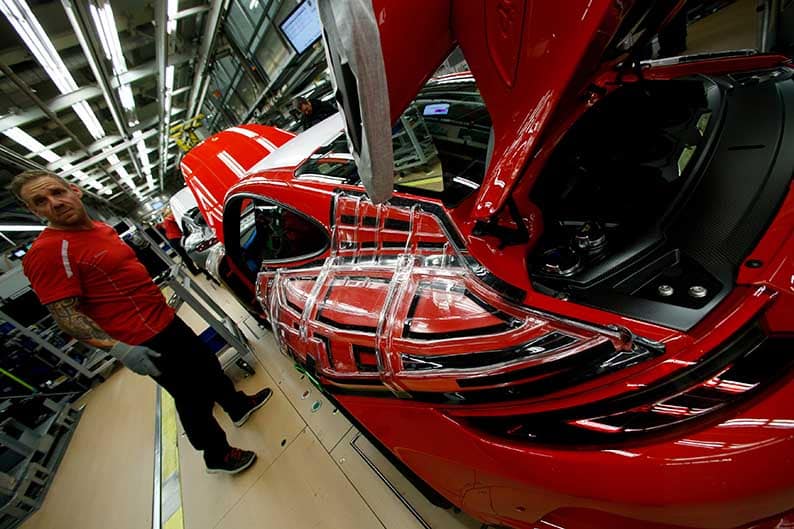 German firms would face extra tariffs of more than €3bn a year if Britain quits the European Union without a trade deal, and their exports to Britain might drop by up to 57 per cent, Germany’s IW institute said on Tuesday.

Talks on ending four decades of Britain’s membership in the European Union have entered their final stage more than two years after Britons voted for Brexit. A hard Brexit would mean Britain leaving the bloc with no trade deal.

The BDI industry association – one of Germany’s most influential lobby groups – said a breakthrough in Brexit negotiations was needed at an Oct. 17-18 summit in Brussels.

“Otherwise there is the risk that Europe slides into a disorderly Brexit and that would cause a huge crisis,” Managing Director Joachim Lang told a news conference in Berlin.

He noted that many companies were preparing for a hard Brexit and some wanted to suspend production in Britain from April as delivery routes could not be secured and some were moving their headquarters from Britain, adjusting their legal frameworks and looking for new transport routes.

A hard Brexit would affect the auto sector – which employs some 800,000 people in Germany and is the country’s biggest exporter – particularly hard as it would be hit with about 60 per cent of the extra costs German companies would face, IW said.

About 5 per cent of Germany’s gross domestic product depended either directly or indirectly on trade with Britain, IW said, making it the third biggest trading partner for German firms.

“That could dramatically change in the foreseeable future,” the IW study said.

Referring to a potential plunge in German exports to Britain if a hard Brexit happens, IW researcher Markos Jung said: “This horrific scenario should force politicians to act constructively.”

In the long term, a hard Brexit would probably result in price rises and a shift in Germany’s flow of goods, the IW said.

Lang said a transition period, which would only be possible with a Brexit deal, was indispensable to enable German companies to adapt to the changes to the legal framework that would come afterwards.

“A strong agreement with the EU is far more important for both sides, especially for Britain, than the remote prospect of deals with third countries,” he said.

Call for relatives of persons buried at Athalassa to provide DNA