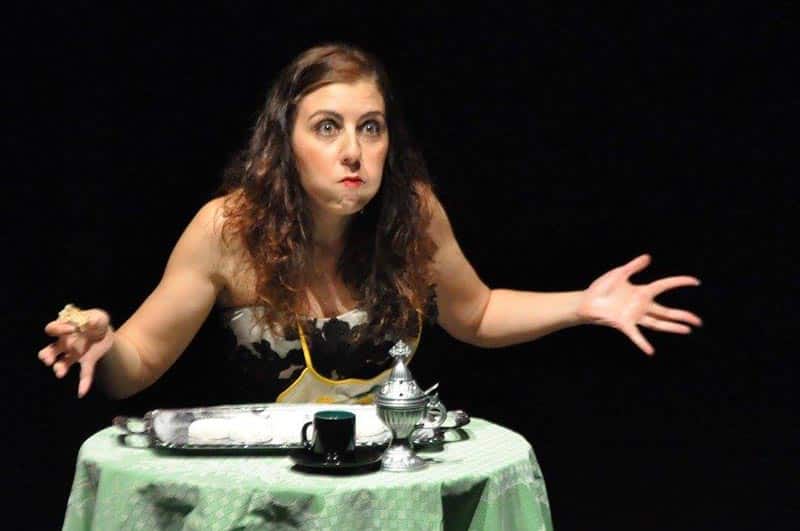 The island’s literature stage will hold numerous events throughout October with readings and festivals happening all around the island and perhaps one of the most high profile is that of Cypriot-Australian controversial journalist and poet Koraly Dimitriades.

After the success of her poetry bestseller Love and F–k Poems, Dimitriades is on a short tour of Europe to promote her work, including her new novel-in-verse Just Give Me The Pills. Her poetry spans theatre, short online films and books and explores cultural and religious repression and the pressures of trying to claim your own voice when it is being denied.

This latest piece of work is a story of repression, of being silenced, and the terror of realising all the choices you’ve ever made are those you were expected to make, and in fact, you have no idea who you really are. It is a “story of liberation, of rebuilding and finding one’s true self”, Dimitriades says.

Unconventional and raw, the writer’s pieces are bound to send the reader on a rollercoaster of emotions.

Following performances in London, the Cypriot audience will have a chance to experience Dimitriades’ new book on two occasions this month.

On October 18 she will perform at Vinylio wine bar in Limassol and on October 24 at Prozak café in Nicosia.

“I want this issue out in the open, particularly in migrant communities or strict religious communities, how women are raised to ‘be good’, to marry and have children and not encouraged to find who they are and what they want from life,” comments the writer.

Besides taking part in Sardam literary festival later this month, she will also conduct two poetry workshops on Writing Like You Don’t Care What People Think. These will take place at NeMe Arts Centre in Limassol on October 20 of and at the Home for Cooperation on October 22 as part of Buffer Fringe Festival. Registration for the workshops are necessary.

In addition to her European tour, the writer is also working on her first novel, set in Melbourne and Cyprus titled Divided Island, which explores how upbringing affects who and how people love.

As a freelance essayist, journalist and opinion writer published in many Australian media, Dimitriades has performed in many international theatres and festivals including the Melbourne Writers Festival, Emerging Writers Festival, Feminist Writers Festival and Human Rights Festival. In 2013 she produced, co-directed and acted in a collection of short films of her poetry called The Good Greek Girl Film Project, funded by Australia Council.

The themes of al her work explore feminism, sexuality and culture while challenging the traditional norms of literature and art.

“After living a life prescribed for me by migrant culture, I exploded out at age thirty in poetry. Today, as a single mother, I have made it my mission to connect with other women who have been repressed or are repressed by culture or religion. I want to empower them, to help them feel less alone, to help them see that they have choices, because I did not have this and it was very, very hard,” she says.