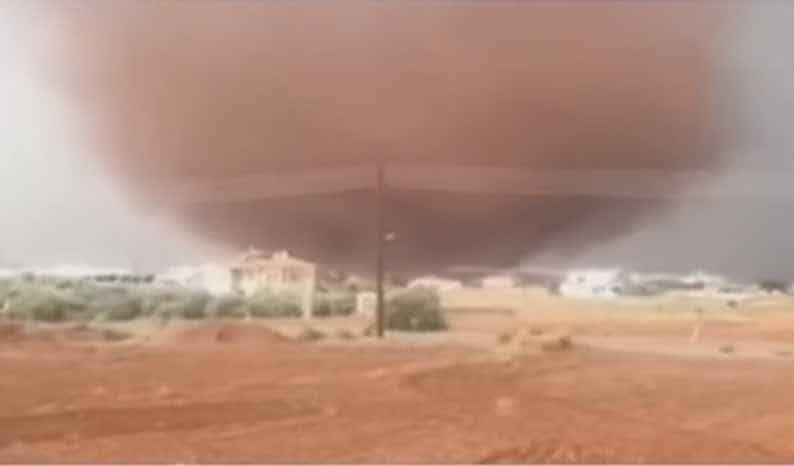 Huge damage was caused in the Nicosia areas of Ayios Trimithias and Paliometocho by a whirlwind that hit homes and electricity supply on Sunday afternoon.

According to reports the whirlwind was as high as 200 metres and cut through mainly Ayios Trimithias, damaging everything in its path. There were no reports of injuries but electricity lines were cut by falling trees, according to an EAC spokesperson who told Cybc that three teams were in the area but it could be as late as tomorrow before power will be restored.

The community leader of Ayios Trimithias, Giorgos Iacovou called it a catastrophe. He said some homes were so damaged their occupants would have to spend the night in a hotel or with friends or relatives.

“It came from the north-east and lasted a long time,” he said of the whirlwind. “It lifted tiles off roofs and cut electricity to the area. It threw up dust and dirt and rubbish. There are trees down. It’s a catastrophe,” he told the public broadcaster.

“Some people have nowhere to stay… people with children. We are trying to help with the aid of civil defence. There is huge damage. I’ve never seen anything like it.”

Erdogan to speak on Khashoggi case on Tuesday