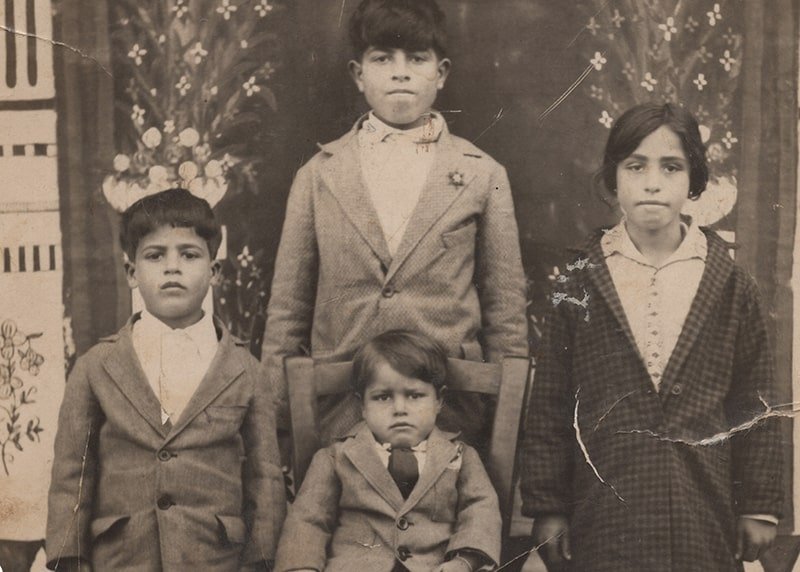 Two years ago, we wrote about ‘Tales of Cyprus’ – a fabulous Facebook page that charts the island’s past through interviews, footage and photos from bygone generations. Back then, just a few months on from its inception, the page’s author and driving force, Australian-born Cypriot Costas Emmanuelle, was already making a name for himself worldwide: connecting the internet generation with their forefathers; sharing stories which told of extreme poverty, hardship, and – conversely – a deep-seated contentment… Valuable, moving stories which would otherwise have been lost. At the time, the graphic design artist and professor – for whom the page was a hobby – referred to the Facebook oeuvre as his ‘magnum opus’. But perhaps, in light of his newly-released book of the same name, he was wrong…

Born from the incredible public response to his weekly Facebook posts, Tales of Cyprus is the ultimate coffee table book – but one that will be read and re-read, mined for information, and cherished by any who love the island. Consisting of 272 pages of interviews, anecdotes, stories and vintage photos, this glorious hardcover book focuses on Cyprus pre-1950, and it’s been a real labour of love for its author. “As it turned out, designing this book has become the single most ambitious project of my career!” Costas reveals with a smile.

In total, he estimates he’s spent five hours a week for 70 weeks designing the page layouts for the book, and another 350 hours on the text. But, with enthusiastic support from his Facebook fans – “Every time I posted a story about ‘olden-days’ Cyprus or the life story of an interviewee from that incredible bygone era there’d be endless comments and pleas to ‘write a book! You have to write a book!’” – the task is now complete. “My first book!” he grins.

Self-published, and funded by a monetary gift from his late father, Tales of Cyprus promises to be all – and more – of what we’ve seen on the Facebook page. Encapsulated in its pages are the true stories of island life of old: the personal interviews, emotional anecdotes and beautiful photos which typify an era of happiness. “Nearly all the people I interviewed stated that although they were poor and suffered many hardships, they were ultimately content. By appreciating the little that they had, they reinforced the popular old adage that ‘less is more’.

“Since 2012, I’ve conducted more than 120 interviews,” Costas continues. “The lucky ones who made it into the book were chosen based on the consent from family members, the availability of old photos and, of course, the quality of the information provided. Each story reflects on a way of life, an existence that has all but disappeared. Each story reveals the challenges faced by a mostly rural society in Cyprus during the British era… Challenges such as financial hardship, unemployment, poverty, lack of medical or health services and child labour.

“At the same time,” he adds, “each story reveals a resilience towards defeat and a determination to survive against the odds. The stories include plenty of lessons with regards to family and unity; wonderful examples of how culture and tradition once underpinned the true Cypriot identity; and revelations about love, marriage and the quest to start a family, as well as extraordinary tales of migration.” 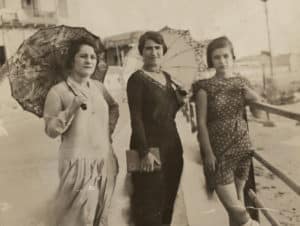 Essentially a dedication to his parents’ generation and a “tribute to a bygone era”, Tales of Cyprus features over 40 life stories translated from personal interviews Costas conducted with those born and raised on the island between 1900 and 1950. “But,” he adds, “as with any ethnographic research there are always misses. For as many as I have successfully convinced to share their living memories, there are the same number who have politely refused to talk about the past. One of my greatest challenges was trying to find elderly Turkish Cypriots to interview and include in the book…”

In the course of compiling the book, Costas not only spoke with many an Australian immigrant, but also travelled back to Cyprus to interview locals all over the island. “I had plenty of recorded interviews with Greek Cypriots, a few with Maronite and Armenian Cypriots, but only one or two with Turkish Cypriots. I soon realised that the issue I was facing centred on trust and, once I heard about what they had endured and suffered during the 1950s, 60s and 70s, I perfectly understood their suspicions.” In time, however, and with the help of “a few good Turkish Cypriot friends”, Costas was accepted; as a result, his book is an accurate depiction of a bygone world in which “Muslims and Christians on the island were friends and coexisted in peace. In fact, all the people who feature in the book spoke of endearing and loving friendships regardless of religious beliefs; apart from language and religion there were no cultural differences. ‘We even looked the same,’ was how one person put it.”

A story of immigration at its core, Tales of Cyprus also describes how the Cypriot diaspora has retained the customs of the past. “In some cases, I discovered that the diaspora has maintained a more traditional moral code than many who chose to remain on the island.”

As a member of the diaspora himself, Costas has been “intoxicated by my Cypriot culture from the time I first stepped foot on the island as a young boy. And ever since, I’ve been on a journey of discovery and adventure. Wandering through the mountains and along the cobblestoned paths of a traditional Cypriot village; sitting in the square amongst a hundred relatives basking in the glory of a home-cooked feast; accompanying my vraka-wearing grandfather on his donkey to his vineyard…

“In the process of writing,” he concludes, “I have unearthed the recollections of those who remembered what the island once was. It’s not a romanticising of the past – far from it. Things were undoubtedly tough; poverty, unemployment, malaria, high infant mortality and disease abounded. However, there existed a powerful connection between people and their community which, I believe, gave Cypriots the strength to survive such hardships. This is the essence of what I am trying to communicate through Tales of Cyprus.”

And it’s this, the book itself, which is undoubtedly the remarkable man’s magnum opus. For the moment, anyway… With Costas, it’s always wise to Watch This Space.

Available from the website www.talesofcyprus.com at a cost of €37, and can be shipped anywhere in the world. For more information, visit the website or the Facebook page ‘Tales of Cyprus’

Israel-Gaza border ignites in most serious fighting since 2014 war