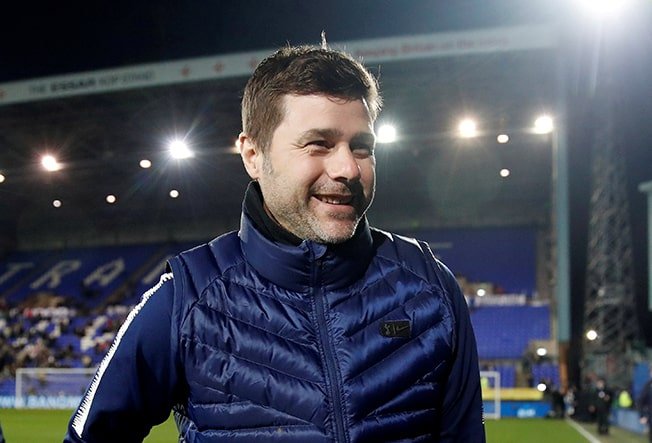 Tottenham manager Mauricio Pochettino says he hopes to emulate what Arsene Wenger did at Arsenal and stay at the club for 20 years, but would like to ask the Frenchman whether it was worth it.

Wenger, who left the Gunners last year after a 22-year stay, but was heavily criticised for the latter part of his stay as he failed to regularly challenge for the Premier League and Champions League.

The backdrop to that, though, was the club’s move to the Emirates Stadium, which significantly cut their spending power and Spurs are set to enter a similar situation as costs for their new stadium have escalated to over £1billion.

Pochettino has been linked with moves to Manchester United and Real Madrid, though says he sees his long-term future at Spurs – not that he would want it to end like Wenger’s reign across north London did.

“I have massive, huge respect for Arsene Wenger because when you talk about 22 years in charge of a club like Arsenal and all that happened in that period, you need to be so good,” Pochettino, who never enjoyed a close relationship with the Frenchman, said.

“Not only a fantastic coach but a great human being to display the values you have. It’s amazing.

“That is why it is a little bit sad the way it ended at his club. It shows how difficult it is this business a business it is a passion.

“All that Arsene Wenger gave for Arsenal, to finish in the way it finished, yes, was a little bit unfair. And I think he deserves an amazing recognition about his work.

“Only I hope, if I have the opportunity to talk with him is to ask if, ‘Was it worth it to do?’, I don’t know what he would say, I would like to ask one day.

“I hope, or I wish to be here 20 years, and decide to leave or to finish my career here.

“But I don’t know because I need to ask him one day if I have the possibility if he is so happy in the way that he finished.

“What I saw from my point of view, it was so unfair how the people treated him and talked. But we’ll see.”

While Tottenham have not got the spending power of other clubs at the top of the English game, Pochettino has developed a young, exciting side and they are about to move into a state-of-the-art new stadium.

Pochettino insists Spurs will be one of most exciting jobs in the world and expects the silverware to start to rolling in soon.

“Daniel Levy is creating a legacy that is going to be amazing for the club,” he said. “I can see in the future Tottenham winning trophies.

“I don’t know if that will be with us, without us, in one year, in five years.

“But all the foundations are down for one day to start to win titles and be like another successful club.

“But its difficult for the people because the people are talking about today, today, today. But the vision of the future is that Tottenham are going to be one of the most exciting clubs in the world.

“Not only in England. In the world and that is sometimes difficult to tell you but that is why I think Daniel Levy deserves [credit].

“I am so focused here, and want to help the club to achieve what the club want to be in history, because we are helping the club to finish all the facilities and maybe we can win in that way.

What parents should be looking for in a School