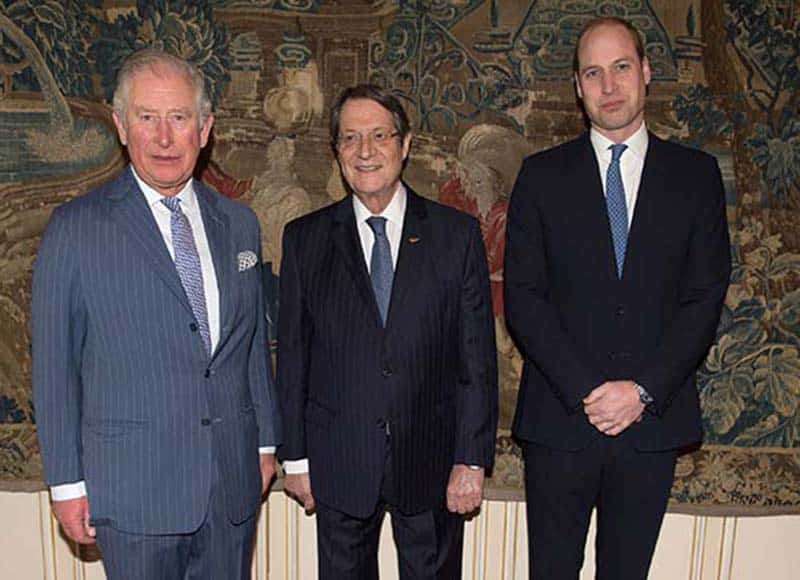 Britain's Charles, the Prince of Wales and Prince William, Duke of Cambridge meet Nicos Anastasiades, the President of the Republic of Cyprus, at Clarence House in London, Britain March 5, 2019. Kirsty O'Connor/Pool via REUTERS

President Nicos Anastasiades on Tuesday met the Prince of Wales and Duke of Cambridge at London’s Clarence House.

Their discussion focused on issues relating to the Commonwealth and the organisation’s future activities, to sustainable development, protection of the environment and climate change.

Anastasiades referred to the initiative he has undertaken to coordinate action in the region with the aim of tackling the effects of climate change.

He also referred to the latest developments in the Cyprus issue, underlining his readiness to resume negotiations as soon as possible, noting at the same time that the Greek Cypriot side has responded positively to the initiative by the UN Secretary General through his special envoy Jane Holl Lute.