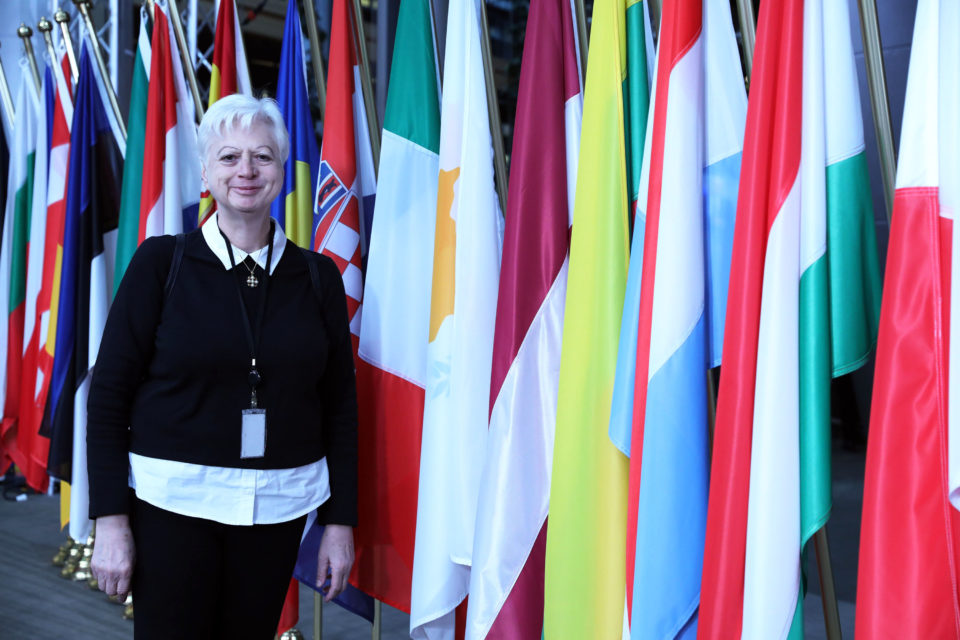 WHY WOULD someone want to be elected to the European Parliament (EP)? For an ambitious politician it means staying on the margins of the domestic political scene and being out of the reckoning for top political posts. This is why the big parties usually field politicians that have made their mark and are looking for cushy, highly-paid job as candidates.

A cynic’s answer to the above question would be “for the money,” and there would be few idealists that would disagree. The MEP gets a lot of money for doing not very much. The gross monthly salary is €8,757 plus a flat-rate monthly allowance of €4,513 to cover office expenses such as office rent, phone bills and computer equipment. While the salary is taxed the allowance, for which the MEP does not have to provide any spending documentation is not.

In short, the annual income of the MEP is €159,240, which is a hell of a lot of money. He or she is also entitled to 24 return tickets to their home country every year, plus a pension based on years of service. There are not very many people in Kyproulla that earn this kind of money for a cushy, zero pressure job in which you can get away with doing nothing.

Nobody checks, or cares for that matter, what our MEPs do in Strasbourg and Brussels, how often they attend sessions of the EP or if they make any contribution. They occasionally write articles or send press releases to the media informing them of a question they asked in European Parliament, a comment they made at a committee meeting or a fact-finding trip they took part in.

It is very little for 160 grand a year, whichever way you look at it.

OF COURSE, there are a few people whose patriotic purity and burning desire to help their country is the only motivation for serving in the EP. Dr Eleni Theocharous is one of them. When she was elected to Cyprus parliament in 2016 she gave up her seat so she could remain an MEP and this was quite clearly not because she earned twice as much by doing so.

As she explained at the time, she wanted to stay in the EP “mainly because the battle of Cyprus will take place there in the next year and of course our voice must be heard.” In the three years since then Dr Theocharous’ earnings as an MEP were about €480,000 but, to be fair, she was underpaid considering the heroism and self-sacrifice she displayed in the battle of Cyprus, which she won singlehandedly.

She obviously expects another battle of Cyprus to take place at the EP because she is standing again but not as a candidate of the Solidarity party she is the leader of. Her personal party is not taking part in the European election, thus giving its leader the freedom to stand as a Diko candidate and have some chance of being elected.

Dr Theocharous had no qualms about betraying her party, barring it from taking part in the election, because she needed to have a fighting chance of getting elected and taking part in the battle of Cyprus that is scheduled to take place at the EP in 2021. She was even prepared to sacrifice her party to answer her country’s calling.

THE DIKO ballot paper could be described, with no hint of exaggeration, as the Clash of the Patriotic Titans. Contesting the one seat that Diko is likely to secure is also the party’s serving MEP Costas Mavrides, whose patriotism enjoys the approval of Lazarus’ patriotic radio show on which he is a frequent guest.

Who will win the contest is open to question as there is also a strong outsider – Diko deputy Zacharias Koulias, the motormouth populist who is as accomplished as the other two in the patriotic stakes and enjoys significant support from the party’s less educated supporters that are the majority. Of the three, Koulias is probably the least unlikeable as he is a bit of peasant and lacks the self-righteousness and self-regard of the patriotic titans.

A FEW weeks ago Mavrides had an article published in Politis, in which he tried to answer the question, ‘How should a MEP be evaluated’ that was put to him during a visit to a secondary school.

Apart from being evaluated for the performance of his duties in the EP he should also be evaluated “for the initiatives he undertakes beyond his official role as a MEP.” Not surprisingly he gave an example of an initiative he took.

“My visit to the International Criminal Court (The Hague) to report Turkish officials for the crime of sending settlers to Cyprus was beyond the official role of a MEP,” wrote Mavrides. He did not mention whether his visit had led to the indictment of the Turkish officials he reported to the Court, but we should not evaluate MEPs on the results of their initiatives.

It was important, he wrote, for the MEP to use arguments with a European dimension so that European officials treat them seriously and added: “It is lamentable for a MEP in Brussels to use arguments in order to impress public opinion in Cyprus.”

Initiatives beyond the call of duty were a completely different matter. 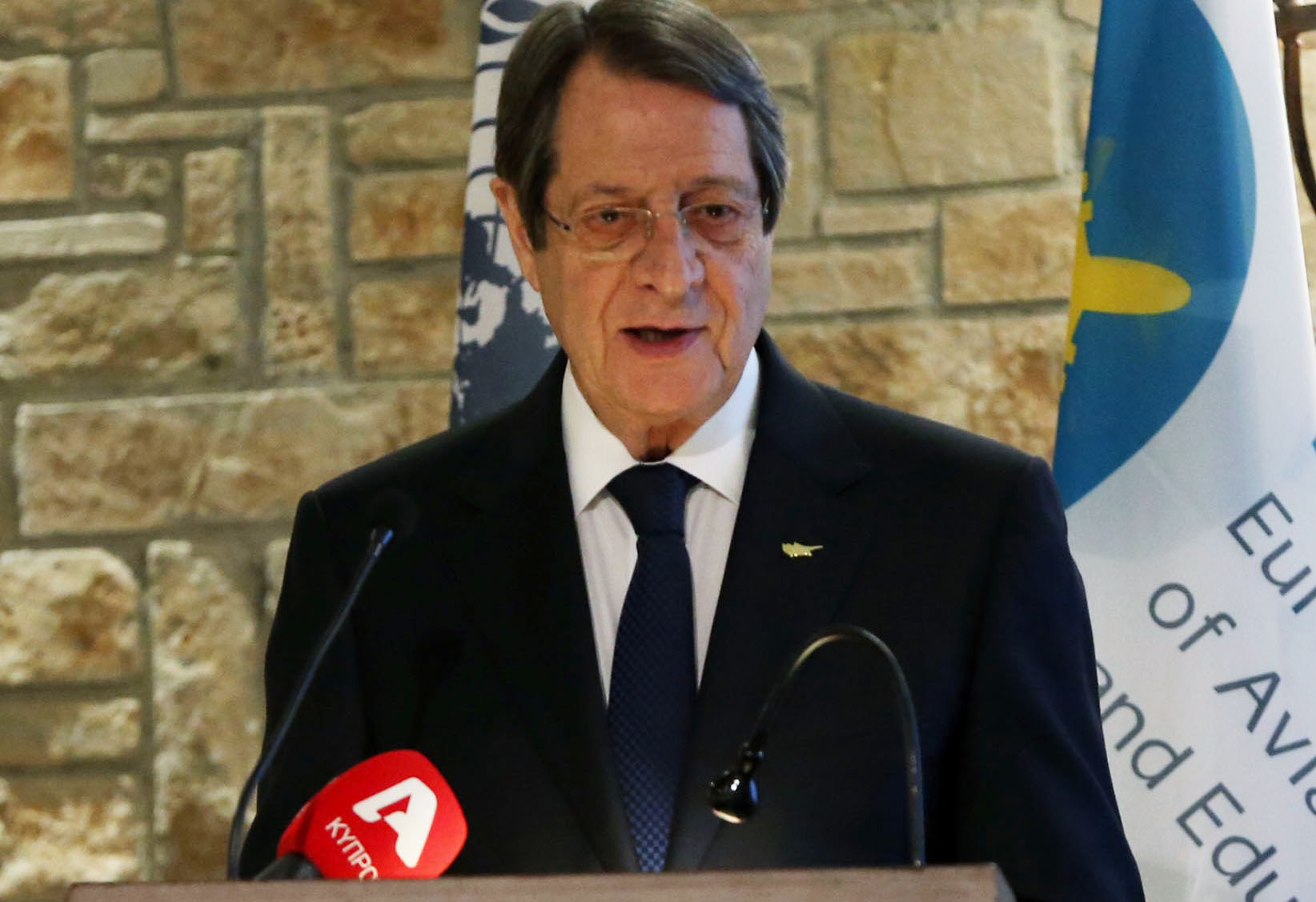 YOU WOULD have thought Prez Nik and his government, at least for appearances’ sake, would have avoided turning the Turkish Cypriot voters into an issue. How many times in the past has Nik called on the TCs to show their allegiance to the Cyprus Republic? Now they will vote in the elections, he and his spokesman Prodromos Prodromou, are accusing Akel of relying on “borrowed votes”.

Prodromou received a ticking off from the office of the European Parliament in Cyprus for his borrowed votes remark which he felt obliged to tweet in case anyone missed it. As for the prez, he may tell us in a few days that he believed the TCs should not have the right to vote in a federal Kyproulla because this would cause problems to the smooth running of the state. No well-functioning, democratic state can run on borrowed votes.

Staying on the issue of the TCs, customers of our establishment have been asking whether Akel’s insufferably pompous candidate Niyazi Kizilyurek has been informed by the comrades that the party will be taking a proportion of his EP salary if elected. This is standard practice for the commies and from what I hear one of the reasons outgoing Akel MEP the narcissistic Takis Hadjigeorgiou fell out with the party was that he refused to hand over as big a cut of his pay as the party was demanding.

Kizilyurek is unlikely to hand over a cent to party as he will consider 160 grand a year is too small a remuneration package for man of his intellect and qualifications.

THE NATIONALIST socialists of Edek, meanwhile, have been panicking over the very real possibility that they would lose their seat to Elam. The best argument they have come up with for voting Edek is that it would prevent the far-right nationalists from taking a seat in the EP and Cyprus would carry on being represented in the Alliance of Socialists and Democrats.

And if Elam wins, we will be represented in one of the anti-European, far right groupings in the EP, which cannot be that bad.

So desperate is the Edek leader Dr Sizopoulos to avoid another dismal electoral showing that would further boost his image as a loser that he reportedly entered an unholy alliance with the ultra-nationalist Bishop of Paphos Georgios who is known as a patron and backer of Elam. Edek’s two Paphos councilors voted in favour of building the cathedral in the Paphos municipal garden on the understanding that Georgios would bring votes to the socialists in the European election.

Meanwhile our mole in Paphos informed us that the Archbishop has also been spending a lot of time in the town recently but could not say if he was using his influence to win backing for Elam now that his protégé Georgios has been forced to campaign for Edek for the sake of the cathedral.

THERE was such a hostile reaction on social media to Prez Nik’s reference to the Akel leadership “as zeros” and himself and his appointees as the “excellent and those who excelled,” spokesman Prodromou spent three days saying this was not what his boss really meant.

Fearing that nobody believed the government, a video clip of Nik expressing respect for lefties was released in the hope of limiting the disapproving voices. After slamming the Akelite zeros for their criticism of the government, he said: “I respect absolutely the people of the Left that do not identify with what they hear every day from those that are leading them.”

In other words, he has no respect for those people of the Left that agree with what the zeros are saying, which is a sizeable section of the population. The zeros he does not respect might even elect two MEPs today, admittedly with borrowed votes.

THE BRITISH government issued yet another statement designed to piss off the Greek Cypriots about the so-called disputed EEZ last week but there was hardly any reaction in Kyproulla. Had our politicians not noticed it or are we all suffering from EEZ protest fatigue?

This may be the reason nothing was said about the comments on the matter by Mother Russia’s Ambassador Stanislav Osadchiy. Like his foreign ministry, a couple of weeks earlier, Osadchiy did not mention Turkey when asked to comment about violations of the Cypriot EEZ.

“The increase of tension is not a solution,” he was quoted as saying by Haravghi. “This is why we believe that each side must avoid such steps that aggravate the situation in the Mediterranean.” He also expressed Russia’s opposition to any step “that undermines the situation required for a resumption of the talks for a Cyprus settlement.”

He did not explain what steps the Cyprus government has taken to aggravate the situation as it is one side in the dispute and he was blaming both sides for the situation. Of course, Osadchiy can say anything he likes because he represents the government that has always taken a principled stand on the Cyprob.

HERE IS what Dr Sizo said for not signing up for Gesy. “Is it possible for a professional like myself, with a long career, who has built a name that is not restricted to the narrow confines of Cyprus, to participate in a system that is still under formulation?” What a pity that his career as a party leader has gone in exactly the opposite direction to his career as a dermatologist and Botox expert.

Our View: Stopping rise of anti-European forces at stake in today’s vote

How safe are we from a measles epidemic?