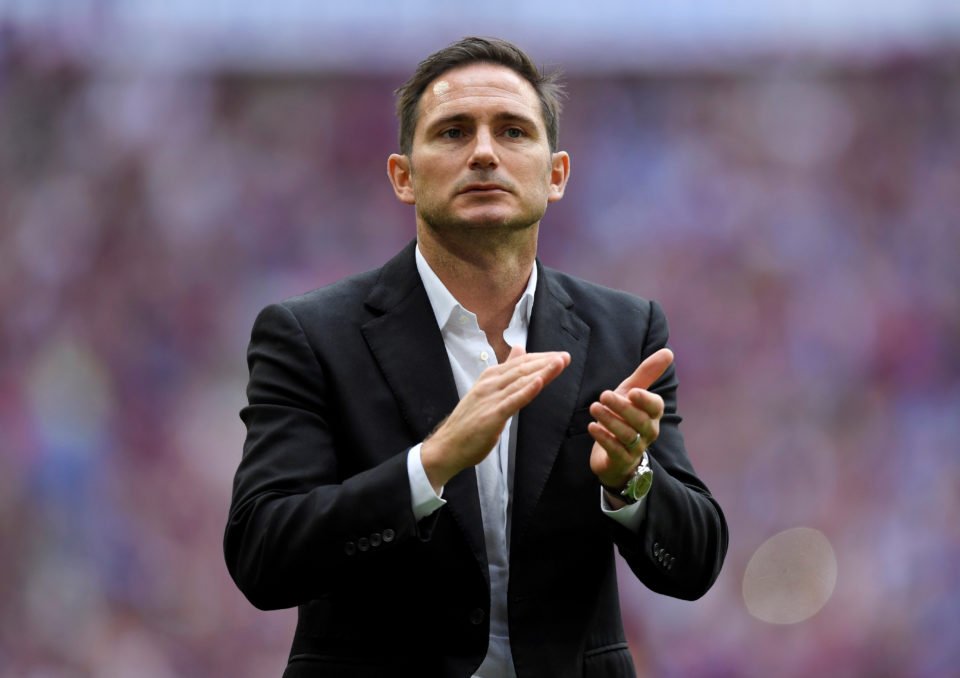 Chelsea are expected to seek talks with Derby over a deal to install Frank Lampard as the next Blues manager.

Derby are understood to be braced for Chelsea to make contact, with Lampard the front-runner to replace Maurizio Sarri at Stamford Bridge.

Juventus are poised to confirm Sarri as their new boss on a three-year deal, with Chelsea having secured a compensation package it is understood could rise as high as £10million.

The 40-year-old has had just one year in management, but steered Derby to the Championship play-offs in his sole campaign.

Lampard’s assistant Jody Morris could also make a return to his former club, to bolster the Blues’ backroom staff.

Derby could hold out for £4million to hand Chelsea the green light for talks with Lampard, but the Blues would likely be unfazed given their impressive return on the severance package with Juventus over Sarri.

Former Chelsea goalkeeper Petr Cech is expected to return to the club in a technical director role too, which would prove popular with the fans and a good fit given the Czech stopper was long-term team-mates with Lampard.

Chelsea have appealed their two-window transfer ban with the Court of Arbitration for Sport (CAS), but crucially have not asked for a freezing of that embargo pending the hearing, which is yet to be scheduled.

Lampard spent some time behind the scenes at Chelsea when completing his coaching badges, so still retains detailed knowledge of the Stamford Bridge set-up.

The goal-scoring midfielder would be well placed to work with Chelsea’s crop of talented youngsters then, who would likely be handed extra first-team chances should that transfer ban be enforced.

Former Napoli boss Sarri led Chelsea to the Europa League title, a third-place Premier League finish and the Carabao Cup final in his only season at Chelsea.

The former investment banker failed to win over the Chelsea fans however, who were frustrated by his regimented tactics and his apparent early reluctance to hand central roles to homegrown talents Ruben Loftus-Cheek and Callum Hudson-Odoi.

Allegri had appeared on the initial list of candidates to replace Sarri at Chelsea, but has now insisted he will take a break from management, effectively ruling himself out of the Stamford Bridge running.

Cristiano Ronaldo is understood to have given his blessing for Sarri to succeed Allegri at Juventus.

The Portugal star appeared to look favourably on the way in which Sarri tried to build his Chelsea team around Eden Hazard, and considers the 60-year-old’s tactics well suited to Serie A.

Fury hints at ring rust ahead of Las Vegas debut