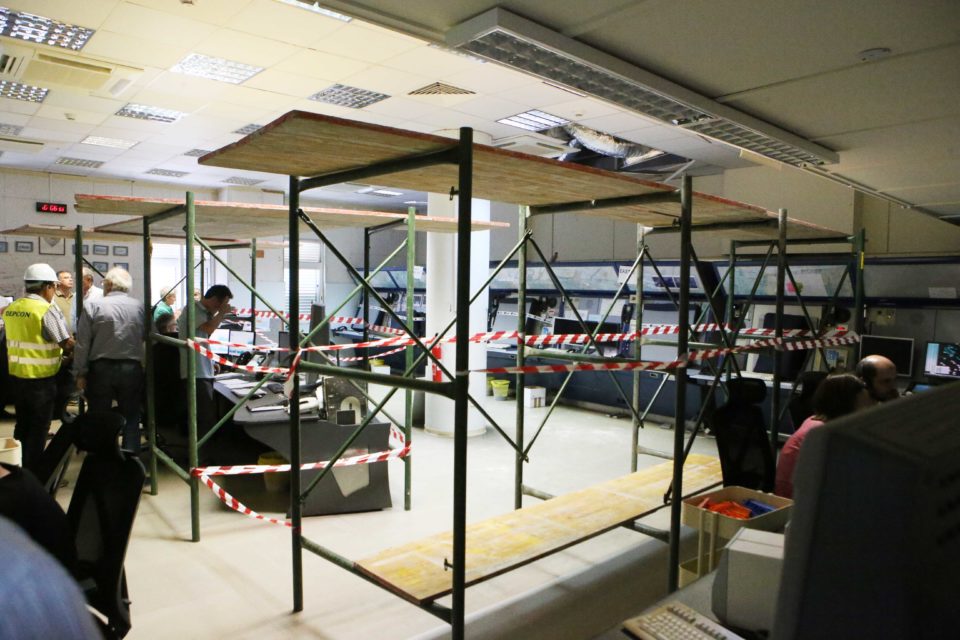 Two international bodies representing air traffic controllers on Wednesday said the ceiling collapse at the Nicosia control centre last week, injuring an employee, was the result of years of mismanagement and underinvestment.

Air Traffic Controllers European Unions Coordination (ATCEUC) and the  International Federation of Air Traffic Controllers’ Associations (IFACTA) in an announcement expressed their sympathy with the employees of the department of civil aviation (DCA) and the effects that this accident has on their working environment.

“This will increase pressure on the work force, reduce moral and will create further delay and safety concerns in the area,” the announcement said, adding that the two organisations had criticised the working conditions in Cyprus for more than 10 years.

“In the opinion of ATCEUC and IFATCA the current situation is the result of years of mismanagement and underinvestment,” the statement said.

The two organisations said the civil aviation department was understaffed, works with antiquated equipment, works from the third floor of an abandoned office building with very little space.

“Furthermore, the operational environment is characterised by many different political interests, e.g. the lack of communication between Ankara and Nicosia, making it difficult to maintain a safe an orderly flow of traffic,” it added.

“Unfortunately, in some cases it takes an accident to show decision makers that action is needed.”

Both groups called on the European Commission, Eurocontrol, airlines, the Cypriot government and the DCA Cyprus to invest in improving the working conditions significantly.

“We suggest that the European Commission suspends the performance scheme for Cyprus and engage in negotiations with the Cypriote authorities to develop a sufficiently funded National performance plan,” the statement concluded.

After the ceiling collapse on June 13 around lunchtime, the Cyprus air traffic controllers union said it was the last straw for them.

They called on the state to finally move them the new building in Kokkinotrimithia, which, they said has remained idle for 15 years. The government says it’s because the equipment for the station has not yet been procured but it was moving to sort out the issues so the new building could be finally utilised.

FACTBOX-Deal, no deal or delay: What will UK PM May’s successor do about Brexit?