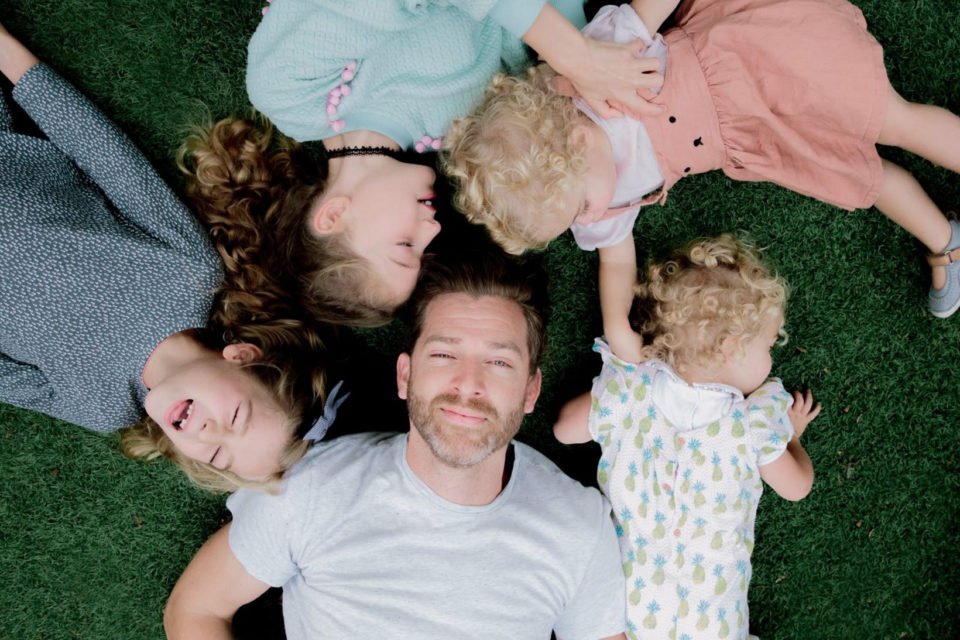 Ever had a family argument at the dinner table? It would be unusual if you hadn’t. New research suggests 95 per cent of families have disagreements at mealtimes – including Simon Hooper, aka Instagram’s Father of Daughters.

The popular Insta-dad has a million followers on the social media platform, where he posts about his sometimes chaotic life as a dad to four girls (aged 12, eight and three-year-old twins). He says: “Manners, politics, music, films, the colour of the sky – you name it and we somehow manage to turn polite conversation into a lively discussion at the dinner table. I’m not even sure how that happens.

“Perhaps it’s because my older girls are at that age when they argue black is white and vice-versa just for the sake of it. But it’s nice to know we’re not alone – nine in 10 families have disagreements over things like money, video games and the children’s day at school, which makes us feel more normal!”

A recent McCain survey showed that while money is the most contentious issue at the dinner table, a fifth of families have dinner table disagreements about their child’s social-media use, yet many parents now permit mobile phone use at dinner as a compromise.

As with life in general, mealtimes with four children can be hectic. “We try to make time to be together at the table, but according to the report, two-thirds of families miss out on that daily occasion to be a family, so I guess we’re lucky. Living in a household with two working parents, I can see how busy schedules can get in the way, but that just makes it all the more worthwhile to get around the dinner table – whether it’s hectic or not.”

Hooper, wife Clemmie, a midwife, is the equally popular Instagram influencer Mother of Daughters, and his children always try to sit round the table together. “Dinner time is a great time to find out how our days have gone (but usually getting a response other than ‘fine’ is like getting blood from a stone from the eldest), but we also get to chat about stuff that people have learnt and plan the week ahead.”

With 40 per cent of parents now apparently allowing mobile devices at the table, this is a path Hooper is determined he won’t follow. “There’s time enough for screens away from the table. We want our girls to focus on the value of normal human interaction. Real life is more important than the virtual one, although I’m sure they would beg to differ – and I’m sure this will be discussed over the table at some point in the very near future.”

But what’s it like to be the only male in a house of six? “Being the only man in the house isn’t all that bad, as I’ve created a team of daddy’s girls. My objective is to set the benchmark of how a man should treat people and act so high that no future partners will ever match up.

“I do still crave my alone time though, especially when they’re all shouting at each other. As they get older, I fear the volume is only going to get turned up, so expect a lot of trips to the basement for more woodworking projects that never produce a finished article.”

With both him and his wife holding down jobs in addition to detailing their lives on Instagram, Hooper says preparing food, let alone sitting down to eat it is a matter of teamwork at its finest. “Although lots of families operate in this way, balancing and juggling, sharing roles – it does surprise me that almost two-thirds of parents admit mums still prepare the meals. Although men are taking more of a role in the household, there’s still some way to go, and I guess this is where flexible working will really make a difference in the future.”

And what of the decision to put it all out there on social media? “We choose what we share and therefore still have a degree of control over our privacy. That’s the way we like it. Talking openly about parenting was our choice, and in many ways I get back what I put out there. To me, Instagram is a kind of open source therapy that can be really positive, as it helps me share my challenges and I get crowd-sourced solutions from over a million people!”

Pee-Power project has successful trial in South Africa, Ethiopia next

Cypriot antiquity handed back during a ceremony in Brussels