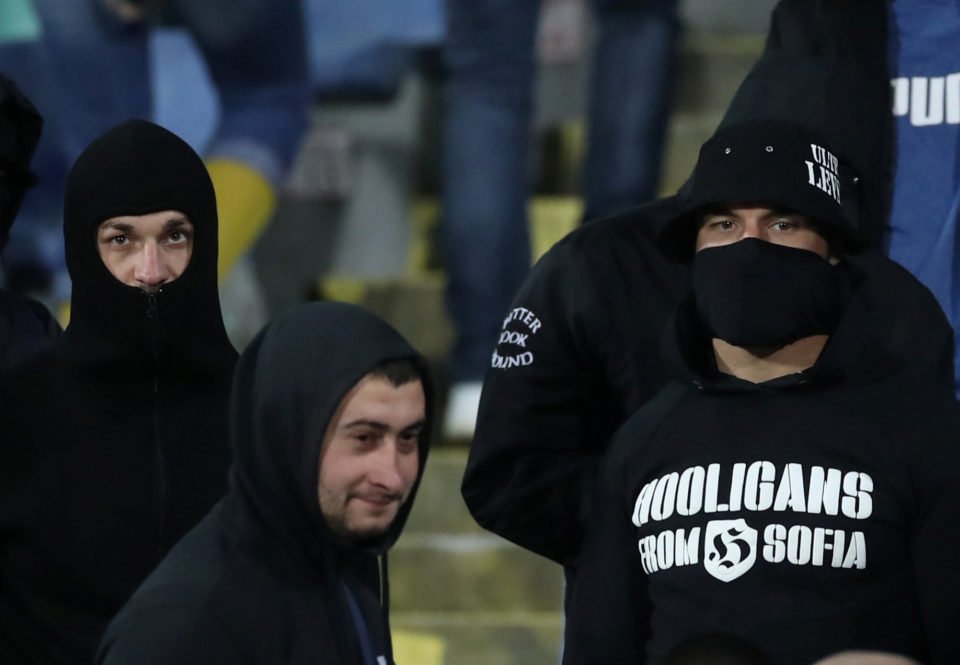 Bulgaria coach Krasimir Balakov and several of his players said they did not hear any racist abuse directed towards the England team on Monday during their side’s 6-0 defeat in a Euro 2020 qualifier that was twice halted by the referee.

England thrashed Bulgaria in the Group A qualifier to hand the hosts their heaviest ever home defeat but the game will be remembered more for the racist incidents that led to the game being temporarily stopped in the first half.

“It’s a very delicate subject,” said former midfielder Balakov, part of the Bulgaria side that reached the semi-finals at the 1994 World Cup in the United States, who has accused England of having a bigger racism problem than his own country.

“I do not think there is a single person in Bulgaria who would say that racism is something pleasant. But at the same time, it is very strange how this topic is interpreted in football. I have heard absolutely nothing (during the game).”

Most of the Bulgaria players said they had not heard any abuse of the England team, with keeper Plamen Iliev saying: “The crowd was behaving well, I have not heard any insults.”

Bulgarian Football Union vice-president Yordan Lechkov added: “It’s quite disappointing to focus on racism. It’s not serious to concentrate on that if there’s a qualifier like this and we’re playing against a team like England.”

Bulgaria captain Ivelin Popov tried to appeal to the home supporters in a heated discussion at half-time. He did not go to the dressing room but instead attempted to explain to the fans that their behaviour was unacceptable.

Regarding Popov’s efforts, England’s first goalscorer Marcus Rashford said: “Also been told what the Bulgaria captain did at half-time. To stand alone and do the right thing takes courage and acts like that shouldn’t go unnoticed.”

Balakov also explained his comments on Sunday that England had a bigger racism problem than Bulgaria.

“What I meant was that in the Bulgarian championship we’ve not had such problems while there have been incidents in various levels of English football involving racism,” he told a news conference after Monday’s game.

“But we don’t have this problem in Bulgaria, I can assure you of that.”

Boncho Genchev, the first Bulgarian to play in the English top flight, added that the Balkan country had no serious problems with racism. “It’s not serious to say Bulgarian fans are racist,” said the ex-Ipswich Town and Luton Town striker.

In a letter to UEFA, Bulgarian Football Union (BFU) chief Borislav Mihaylov on Thursday expressed “extreme disappointment” at the England players’ comments ahead of the match regarding action they would take if subjected to racist abuse and spoke of the “unjust branding” of local fans.

European football’s governing body UEFA had ordered the BFU to partially close the Vasil Levski national stadium for England’s visit after supporters were found guilty of racist behaviour in matches earlier this year.

The BFU and a number of Bulgarian clubs have been fined by for racist abuse several times over the past few years.

Celine Dion concert: all you need to know about tickets