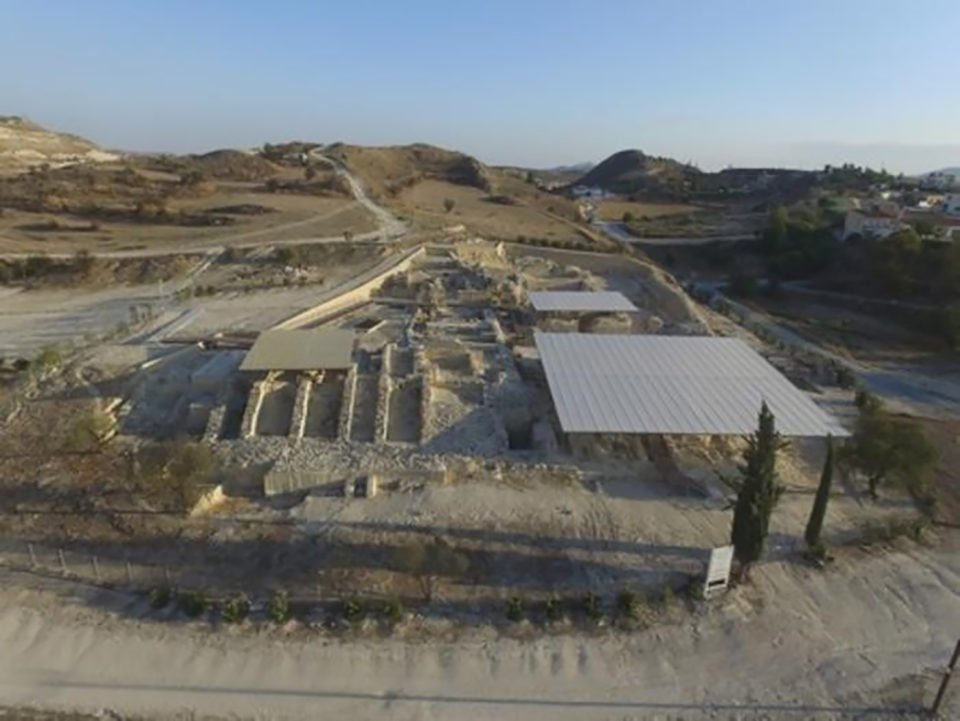 The creation of an archaeological park at the ancient administrative acropolis of Idalion was announced by the Antiquities Department on Friday.

Idalion was an ancient city where modern day Dali is now found, near Nicosia. It was founded on the copper trade in the third millennium BC.

According to the Antiquities Department they have been working with the architectural office of Pefkios Georgiades on infrastructure projects within the archaeological site of Idalion.

Specifically, the project will enclose the ancient acropolis area in Idalion where many sites have been excavated which will encompass the archaeological park.

The Local Archaeological Museum of Idalion will be included in the park. A study has also been carried out to test the viability of two extra shelters which will cover sensitive areas of the ancient palace.

The shelters will be similar to those installed at the ancient palace in 2016. These projects are expected to begin in December 2019.

Alongside infrastructure projects it is planned that by May 2020 information signs will be installed at all points of interest and information leaflets distributed free of charge to visitors.

Finally, by July 2020, a digital application will be created, which visitors can download on their smart devices and will act as a digital guide to the site with information and surveillance material.The developments are part of the long-term goal of the Antiquities Department to create a major archaeological site in Dali.

The ancient city included two acropolises while houses were in the lower city. The fortified palace was built in 750-600 BC on Ampileri Hill, the west acropolis of the city, and rebuilt in 600-475 BC against attacks by Kition.

The work will be carried out under the Promoting Cultural Heritage as a Local Development Instrument programme.

According to the department’s announcement the project is funded 85 per cent by the Business Cooperation Programme Interreg V-A Cyprus-Greece 2020 and 15 per cent through national funds.

The projects are being implemented by the Antiquities Department, Antiquities Authority of Lesbos and Nicosia Development Corporation. The aim is to promote a common methodology for the protection, management and promotion of the cultural heritage of Cyprus and Greece.

Corbyn: I would stay neutral in a second Brexit referendum

Our View: Claims for new Polis road difficult to believe