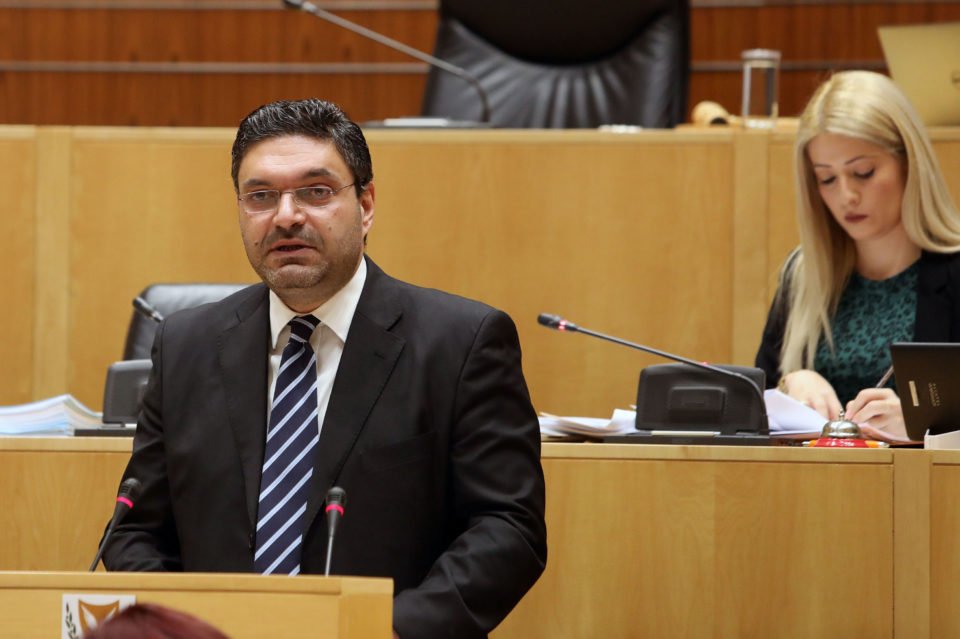 New Finance Minister Constantinos Petrides warned against complacency on Friday, as the effort to bolster the Cypriot economy has not finished yet and more reforms were needed.

Presenting the 2020 state budget before parliament, his first official appearance after taking over on Tuesday, Petrides said there were a lot of external variables that could negatively affect the economy.

“The effort has not been completed and there is no complacency in the economy,” Petrides said, adding that Europe was gripped by a general uncertainty over Brexit and the escalation of commercial tensions between the large economies, which created a tendency towards protectionism at a time when the global economy is expected to slow down.

“All this makes bolstering the Cypriot economy even more crucial.”

Petrides said a prudent fiscal policy should not be based on dogmatic perceptions nor because EU rules dictate it, as robust public finances mean sustainable economic growth.

“That is why surpluses do not mean satisfying demands and pressures for unreasonable public expenditures,” he said. “There are moves that can be done but there are others that go beyond the limits of sustainability and common sense and we will oppose them.”

Petrides said reforms and changes to the state’s procedures and structures should be a national objective and the government and parliament should cooperate in pushing an ambitious reform effort that would change the country.

Among the priorities, he said, were local authority reform, reforms in the notoriously slow and inefficient justice system, which keeps the island’s competitiveness low, and civil service reform.

The planning and building licensing system must also be overhauled and there must be a new independent supervisor for the insurance and provident fund sectors, Petrides said.

The proposal for partial privatisation of state telecoms company Cyta by attracting an investor must be revisited “before it is too late.”

“The particular, ambitious, but possible reform programme is what will change our country, boost competitiveness, and widen our economy’s productive basis. The effort that started in recent years to correct long-standing distortions and maladies in our economy must continue,” Petrides said.

In the field of taxation, the public should expect changes designed to boost collection and fight tax evasion. As part of the plan, the government will introduce tax returns for all, even if they do not meet the threshold, and compulsory car readers for all providers of goods and services.

For 2020, the minister expects growth to slow down to 2.9 per cent, from 3.2 per cent this year, and inflation to remain relatively low at 1.2 per cent.

Public debt is expected to fall under 100 per cent of GDP – 97.4 per cent – and continue on a downward trajectory during the year, settling at around 91 per cent.

“The public debt’s downward course, which is ensured through budget surpluses, is the responsible stance we must keep towards our children and future generations so as we don’t saddle them with an unbearable bill,” Petrides said.

New minister says civil servants should use the bus