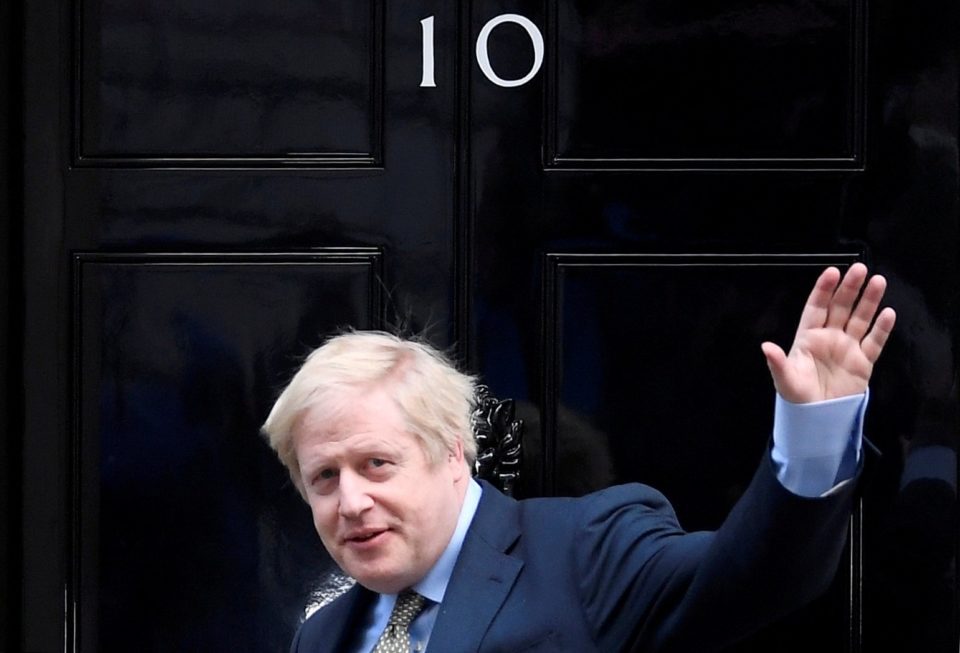 Boris Johnson has unveiled the “most radical Queen’s Speech in a generation” with measures to toughen up criminal justice, invest in the NHS and deliver on the “people’s priorities”.

The Prime Minister’s legislative programme includes Bills which will ensure the most serious violent offenders – including terrorists – serve longer prison terms, a proposal he controversially first announced in the wake of the London Bridge terror attack last month.

A Royal Commission will be established to improve the “efficiency and effectiveness” of the criminal justice process, and the Government will enshrine in law a commitment on the health service’s funding, with an extra £33.9 billion per year provided by 2023/24.

Of the 25 Bills detailed in Mr Johnson’s second Queen’s Speech in less than three months, seven are devoted to Britain’s departure from the EU – with legislation on trade, agriculture, fisheries, immigration, financial services and private international law.

The key Withdrawal Agreement Bill (WAB) – which implements the PM’s Brexit deal – would allow the UK to leave on January 31, and deliver an implementation period until December 31 2020.

Addressing both Houses of Parliament, the Queen said her Government’s “priority” was to take the UK out of the EU on January 31 – but that it would also embark on an “ambitious programme of domestic reform that delivers on the people’s priorities”.

She said the “integrity and prosperity” of the UK is of the “utmost importance to my Government” – amid fresh calls from the SNP to grant Holyrood the power to hold a second vote on Scottish independence.

The speech confirmed plans for the “deepest review” of Britain’s security defence, and foreign policy since the end of the Cold War.

Led by the Prime Minister, it will cover the armed forces, the intelligence agencies and counter-terrorism as well as the future development of foreign policy.

The Government will look at whether the Official Secrets Act needs overhauling in the wake of the Salisbury chemical weapons attack as well as considering whether there is a case for updating the treason laws.

Other pledges include a plan to change business rates – with a retail discount upped from one-third to 50%, and measures will be developed to provide for minimum levels of service during transport strikes.

Work will be taken forward to repeal the Fixed-Term Parliaments Act – a move which would enable the Prime Minister to call an election without the consent of Parliament.

And the Government will set up a Constitution, Democracy and Rights Commission to look at the broader aspects of the constitution and develop proposals to restore trust in institutions and in how British democracy operates.

Many Bills – including those on the environment, domestic abuse and ‘Helen’s Law’ which denies parole to murderers who withhold information about their victims – appeared in the last Speech.

The Speech contained a commitment for ministers to seek cross-party consensus on proposals for long-term reform of social care – with a vow that no-one who needs care will have to sell their home to pay for it.

But there were no precise details on how the Government would meet its pledge.

The State Opening of Parliament, which follows last week’s General Election, took place without some of the traditional ceremony, with the Queen arriving by car rather than carriage and wearing a mint green dress and hat rather than her robes and state crown.

In a written introduction to the speech, Mr Johnson said: “Last week’s seismic election not only changed the political landscape, it has broken the parliamentary deadlock of the last three years and allowed the country to go forward.

“Millions of people, many of them who have never voted Conservative before, put their faith in this Government and voted overwhelmingly for us to move this country on and deliver change.

“We have no time to waste, and we begin immediately with the most radical Queen’s Speech in a generation to deliver on the priorities of the British people.”

Shadow chancellor John McDonnell described the speech as more “pomp and ceremony” from a Government “hopelessly out of touch with the needs and hopes of people in this country”.

“There is nothing new in this Queen’s Speech for our NHS and public services or people struggling this Christmas, except for strong suggestions that this Government wants to slash regulations on its way to making the UK a Trump-supporting tax haven.”

“There is a woeful lack of ambition on regional investment and infrastructure – and Labour will continue to show up the Government for what it is: a Government for the few and not the many.”