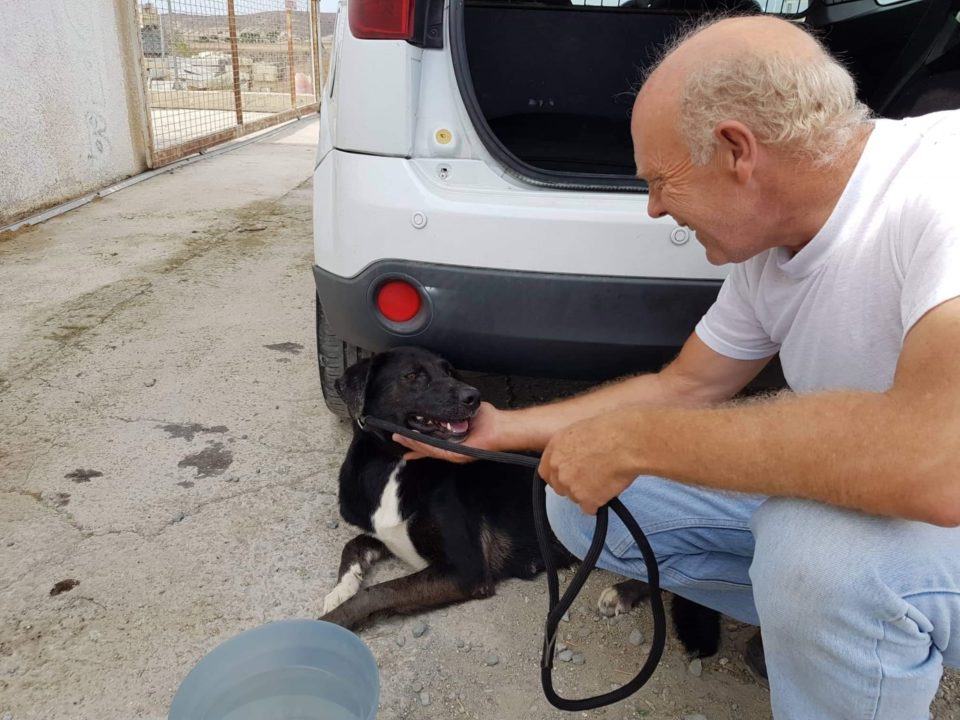 David Reid with one of his nine dogs

A British man intends to sleep in a dog cage for five days later this month to spread awareness over the fate of stray dogs in Cyprus.

Living in a cage can be soul wrenching for any being and 60-year-old David Reid from Achna in the Famagusta district is determined to show the life of an abandoned dog by spending four videoed nights and five days at Aradippou dog shelter.

According to a worker at the shelter, the minimum amount of time a dog spends in the shelter is 15 days. If the owner is not found within that period, the dogs go up for adoption, but it can take months or even years before they find a home again.

Reid, a positive reinforcement dog trainer, believes that the feelings of humans and dogs are very similar.

“I want to show people how it is to live in a cage for extended periods of time through the point of view of the dogs,” Reid told the Sunday Mail.

The aim is to “spread awareness and rehome some of the older dogs who have been in the shelter for years”.

At the same time, the dog trainer will grasp the opportunity to work with scared and traumatised dogs.

“I am going to experience exactly what the dogs are thinking and feeling during their day in a cage, and what does it do to your mental health,” said the former bank worker who moved to Cyprus 10 years ago.

The rescue awareness project titled ‘One Man’s Rescue’ will start on February 24. It is at the initiative of dog lover Reid and has the support of Elafi Animal Welfare Awards.

The idea came to Reid before Christmas; but he was too busy at the time building dog kernels and a dog park at the village he lives, Achna, in his attempt to improve the quality of life of the dogs in the area.

Reid, owner of nine dogs himself, is planning to get the full shelter experience and will refuse to sleep on a mattress.

He denied himself any ‘special’ treatment different from the dogs’.

“I got food from my friends at the British army, packaged meals they use for exercises,” he said.

In case of emergency Reid will be able to contact the volunteers of the shelter.

The process will be documented 24/7 and Elafi will provide daily updates on their website.

Elafi’s Anna Georghallides will also produce an edited video of Reid’s experience to promote the initiative and share the outcome after the end of the campaign.

“Yeah, I know. I am crazy,” Reid said but added he is determined to show “there is more to dogs than just four legs and a head.”

Traffic builds up on highway because of ongoing works

Minister has received assurances attempted murder case will be solved

Thieves use explosives to rob ATM in Limassol

Coronavirus: House health committee to be briefed by minister