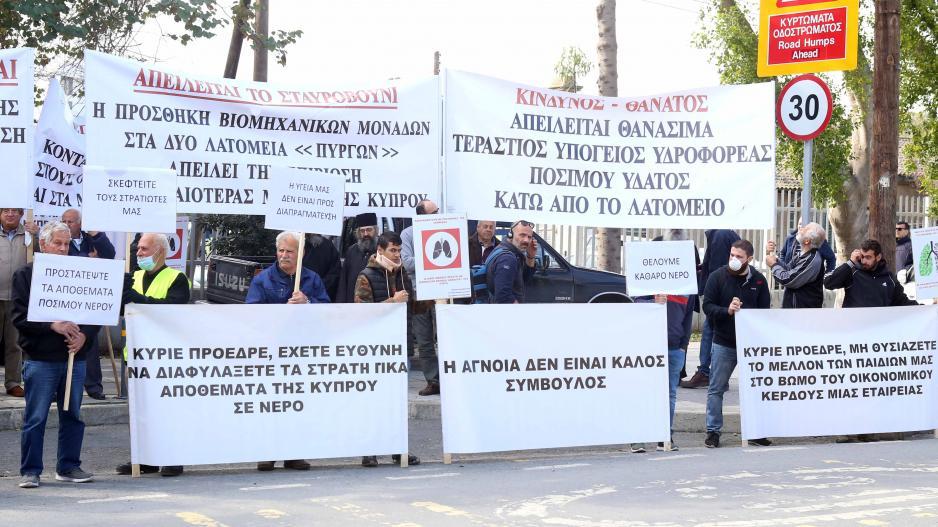 Teachers and pupils from the elementary schools in Pyrga and Kornos staged a one-hour protest on Friday morning against a government decision to grant permission to build an asphalt plant on state-owned land site in neighbouring Stavrovouni.

The protest, which called for the safeguarding of children’s health, was organised by the parents’ association of pre-schools and primary schools in the two communities.

“Our children’s health is above everything,” said the associations’ spokesperson Ioannis Gerou.

“Unfortunately, today we had to bring the pupils along with us to send a message that we don’t want a dangerous plant operative in our area.

“There are big interests at stake in our area, from both the state and from private companies.”

He drew attention to the state in Dali which also has an industrial plant near schools and children have complained of headaches for years and where classroom windows are kept shut.

“We don’t want that to happen over here as well,” Gerou said.

He said the Dali students are feeling the effects of the plant even though it is over two kilometres away.

“In our area, pupils from the schools and regular citizens would be even closer to where the plant would have to be built, so the consequences would be even more serious.

“That’s why we are protesting,” he said. “We have the right to live in a clean and safe environment, and to breathe fresh air.”

Not a problem for UEFA if Man City win Champions League, says president