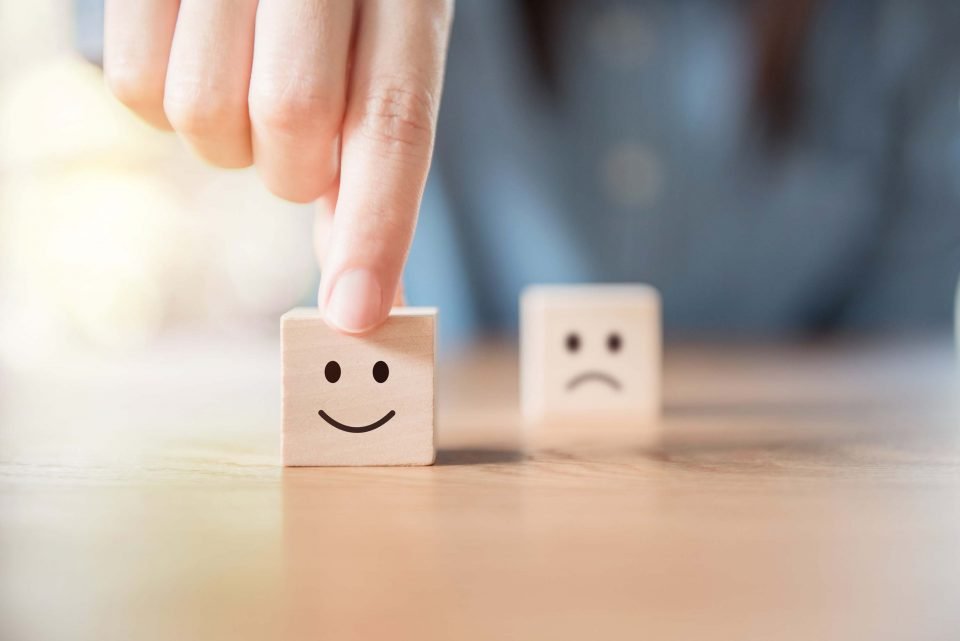 a happy face on a cube. iStock/PA.

Sometimes in life, things just seamlessly slot into place with little intervention. Other times, you want something so badly that you spend hours dreaming of the outcome, and when it finally comes to life, it almost feels like you willed it to happen.

According to some, this pure psychological ‘magic’ isn’t just luck or coincidence. Instead, it’s what’s known as manifesting – and there’s a long list of books, essays, workshops and retreats dedicated to the skill of reprogramming your subconscious beliefs in order to make things happen.

“It’s basically the ability to draw in anything you desire into your life. It’s defined as the ability to create the exact life that you want,” says emotional health advisor Roxie Nafousi.

Describing it as an “inner power”, Nafousi discovered manifesting when she was at “one of her rock bottoms”, having battled with depression throughout her 20s and been on a long journey of self-development.

“It was often a case of two steps forwards and one step back. I was feeling utterly fed up and at a loss as to how to really change my life. My best friend told me I should listen to a podcast on manifesting, which led me to research the practice,” she recalls. “Within a week, I met my partner, a year later I had my baby boy, and two years on my life is unrecognisable in all the best ways.”

Rhonda Bryne’s 2006 self-help book The Secret – and the associated film – catapulted the idea of the ‘law of attraction’ from a niche interest into the mainstream. The movement posits that setting goals, learning from negativity and tapping into positive thinking can help you to achieve everything you want in life.

Today’s millennial manifestors take Bryne’s ideas one step further though, using tools and therapy exercises to help unlock their self-worth and access their most authentic, vulnerable and magnetic selves.

“The most important thing people should know is that true manifestation is not just the law of attraction; you cannot simply visualise or think of something you want and then wait for it to happen,” says Nafousi. “Most people confuse the two concepts and that’s why they are often unsuccessful at it. We do not manifest from our thoughts alone; we manifest from our subconscious beliefs about what we deserve.”

Intuitive manifesting is all about working on your confidence and self-esteem, says Nafousi – concepts that are rooted in traditional psychology and widely used in CBT practices.

“Everything is energy – thoughts, emotions, feelings – and people who manifest believe energy attracts like energy. To put it simply, we attract to our lives whatever we put out.”

So how can you harness the skill for yourself? “Work daily on self-worth and self-love,” says Nafousi. “A great way to do this is to practice gratitude – a gratitude journal every evening is a great place to start. You could also listen to positive affirmations or vision board your future.

“Start to take care of yourself and say no to things you don’t want to do.” Talking to yourself lovingly, exercising and nourishing your body with the right foods are all part of learning to love the skin you’re in, she adds.

Success mentor Sara Longoria has taught manifestation to hundreds of individuals and companies around the world. She uses her background in biomedical sciences and neurophysiology to help people tap into their inner power through a practice she calls ‘rapid manifestation’.

Her approach combines manifesting positive affirmations with a practice called emotional freedom technique (EFT), which involves repetitive tapping on various areas of the face and body – such as the side of the eyes, eyebrows, collarbone and under the arms – believed to be end-points of major meridians (energy channels within the body).

“As you move through the tapping points, say exactly how you feel. This can take some getting used to,” says Longoria. You could start by tapping your meridian points three to seven times, repeating negative thoughts, before tapping through a positive round of uplifting phrases. “Anyone can use it, that is the beauty of the method,” says Longoria. “It is easy and available to us all.”

Nafousi says, ultimately, manifesting is all about allowing yourself to believe and trust in the universe and its magic. “When you learn to manifest, you realise that you have full control over your life,” she adds. What could be better than that?

Vehicle registrations down by 20.3% January to August

The Pope in theatres this September