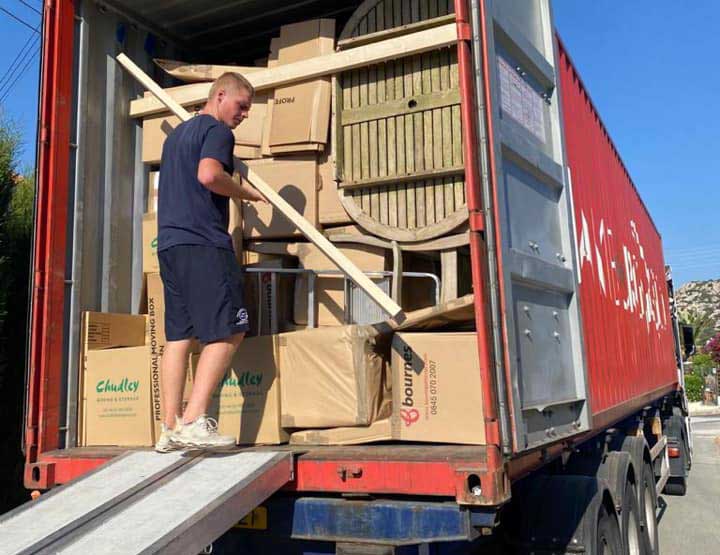 Chudley Shipping And Moving, Packing Up A Family's Belongings Ready For Cyprus

Growing numbers of British nationals are preparing to move to Cyprus ahead of the end of the Brexit transition period, according to local businesses in Paphos.

Peter Morton, a British expat living in Paphos with his wife and family, started his successful removal, shipping and storage business 14 years ago. In that time, he has moved hundreds of customers, mostly Brits, to and from Cyprus. Around fifty per cent of Peter Morton Removals clients are British.

“Since just after lockdown was lifted, moves from the UK with our partner – Chudley moving and shipping in the UK – are fully booked with people coming to Cyprus,” he told the Sunday Mail. 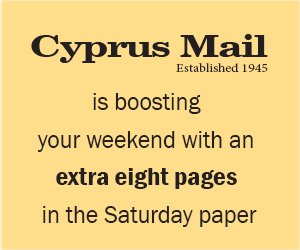 These numbers consist of individuals, families of all different ages and a few retirees as well, he said.

The months of September and October are fully booked up as was August, with around 40 families and individuals moving to Cyprus in that month alone, he said, adding that although some expats are still returning to the UK, the numbers are dramatically down from a few years ago.

“These are mainly older people moving back to the UK, not so much over concerns for their health as they age, but because the weather has become hotter here recently and they are struggling,” he said.

The removal expert expects to be consistently busy until Christmas. Since Cyprus opened up flights to the UK, people are moving permanently to Cyprus and that can only be a good thing, he said.

“It’s great that people are coming here and it’s a good time to make the move,” he said.

“People want to get to Cyprus before Brexit and coronavirus has even helped as well, as they are hearing how well Cyprus is dealing with it.”

The Reed family from Devon would agree. They are planning to move to Paphos this month, before Brexit finally kicks in.

“I am all packed up and ready to relocate with my family to Cyprus. We have a holiday home in Paphos and decided to make it our permanent home due to Brexit. We have sold up and are ready for a new life. We are also impressed at how Cyprus is handling the coronavirus situation,” Barbara Reed, a 52-year-old hairdresser told the Sunday Mail. They are moving to the island at the end of the month.

Blevins Franks are international tax and wealth management advisers to UK nationals living in Europe and have 24 offices across seven countries, including one in Cyprus.

Nick Cairns, partner at Blevins Franks Cyprus, which is based in Paphos, concurred that there are many British nationals wanting to move to Cyprus at present.

“We are speaking to clients and potential clients and many are moving here with others packed up and ready to move here. They are just waiting for the flights to open up more and are plan to come over here for a new life,” he said.

Cairns said that most of the company’s clients are 50 plus, early retirees, with disposable income, but that there are a few younger ones as well.

“They are mainly coming here to relax and experience a better pace of life and enjoy the sun.

They want to get over to Cyprus before Brexit and before the transition period ends and know about the paperwork required and want to get here and get it done. Some will then return to the UK for a short time to tidy up any loose ends,” he said.

Cairns said that in a roundabout way, the coronavirus pandemic has helped, especially the decisive and positive way the Cyprus government has dealt with things so far compared with the UK, his clients tell him.

In addition, the national health scheme, Gesy, which is now up and running and offering free or minimal cost healthcare for residents, has also helped people make up their minds to move to Cyprus, he said.

“Gesy has really helped, it was a concern for people before that as healthcare hadn’t really been an option, and having a strong health system is one less hurdle for people.”

Cairns added that Blevins Franks have increasingly found that enquiries to their Cyprus office are more serious, and from people actively wanting to move to the island.

And social media is awash with expats of all nationalities, but mostly British, asking for advice or sharing the news that they are moving to Cyprus this year.

“I am a resident of Malta but I am planning to move to Cyprus before the end of 2020. I am looking at houses in Paphos to buy and looking forward to living close to the sea, which I love,” a female British expat posted.

Another said: “I’m in the UK and want to come to Cyprus as soon as possible to look for a property to buy, I may rent first though. I want to relocate there before the end of the year and Brexit. As soon as things are a little safer, I will get a test (negative Covid 19) and move over. I’m excited to live there and so pleased at how Cyprus is handling this pandemic.”

In the meantime, however, the British High Commission in Cyprus is stressing the need for British nationals already living in Cyprus or planning to move here permanently to ensure their paperwork is in order and the correct documentation held by everyone.

“We are urging everyone to ensure that they have the paperwork that they need to legally reside in Cyprus before the end of the year. This means an Meu1 or an Meu3,” the British High Commissioner to Cyprus, Stephen Lillie told the Sunday Mail recently.

And for those that may be finding gathering the correct paperwork tricky, the Cyprus Residency Planning Group (CRPG) an associate partner of the Cyprus International Financial Services Association (CIFSA) will provide assistance. CRPG, is a not-for-profit organisation dedicated to helping UK nationals who may find it hard to complete all of the paperwork required, particularly pensioners and disabled.

“The CRPG endeavours to make the regulations clear and understandable, advise the best and easiest way to comply with the process and complete the documentation required,” they said.