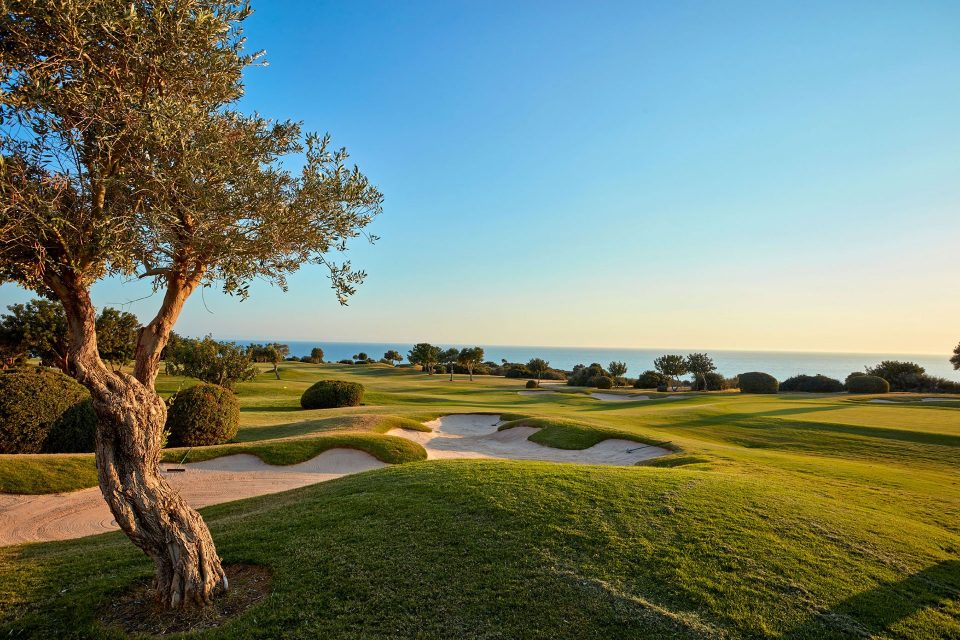 Earlier this month, confirmation was received that Cyprus would be hosting one of its biggest sporting events of all time, with golf’s European Tour including the island in its updated 2020 schedule.

The European Tour’s visit to Cyprus will include two separate events, the Cyprus Open, taking place from October 29 to November 1, and the Cyprus Classic, from November 5 to November 8. Both events will be played at Aphrodite Hills Resort near Paphos.

The Sunday Mail spoke to Andrew Darker, Director of Golf at Aphrodite Hills Resort, about what this means for the sport in Cyprus, as well as all the tremendous effort and attention to detail required to be able to host such an event here.

I had last spoken to Andrew in July as part of my interview with professional golfer Iain Pyman. Suffice to say that a great number of things have changed since then.

“Well before our last meeting, I’ve been trying to work with the guys from the European Tour to see if Cyprus can bring a European Tour event of any level to the island. The European Tour have become familiar with the club and the facilities at Aphrodite Hills Resort”, Darker said.

“Recently, the European Tour have had to cancel many events around the world. They have a rescheduling programme and they contacted me probably around six weeks ago about the possibility of rescheduling one of those events in Cyprus as part of the new programme.

We looked at it carefully. It’s a main European Tour event, part of the race to Dubai. It’s an opportunity we could not say no to. Although it normally involves close to 12 months of planning, it left us with just a little over two months to do all the planning and staging work, but we went for it, and a couple of weeks in there we are”, Darker explained.

I asked Darker to explain the degree of difficulty involved in hosting such a prestigious event.

“Starting with the golf course itself, we’ve got to go through a full course conditioning programme. For the players, the conditioning and the way the course is presented is obviously their priority. A challenging course, in good condition. So our plan changed three weeks ago.

Normally you’d know 12 months ahead so you’d change your maintenance programmes, to make sure the course is set up for a tournament, because the setup for a tournament is quite different to normal play”, he said.

The other part is ensuring that our facilities can cater to the requirements of golfers at this elite level. So just three weeks ago we drew up plans to extend some of our facilities, our driving range, and add a couple of tees to the course. They’re turfed and growing, so this is all happening very fast”, he added.

The coronavirus outbreak is naturally adding a degree of complexity to the proceedings.

“All the players and everyone else associated with the tour travel in a bubble. When they arrive at an event, they’re all tested for Covid-19. Tested when they arrive, tested when they leave, and they’ll have to stay within their own bubble. No outside contact at all. Everyone will be at the resort. 500 people will have to be accommodated at Aphrodite Hills Hotel by Atlantica and Holiday Residences’ villas and apts. A huge operation”, Darker said.

“Cyprus has proven resielience and crisis handling ability. We are a safe destination with excellent sports facilities and these were the main factors based on which we were chosen to host the European Tournaments.”

He explained that if a course is a permanent fixture on the calendar a similar amount of work is involved, but at least you’d know in advance where to position everything.

ISM (International Sports Management), involved in the production and broadcasting of the event, will also bring a data crew of around 60 people.

On what this means for Aphrodite Hills as a resort, Darker was quick to highlight the importance for the island first and foremost. In his and the resort’s view, this is a collective win for the island.

“We’ve always tried as a resort to promote Cyprus, above everything else, as a destination, particularly with golf”, he said.

“We as a resort are showcased to a huge audience, so this is an opportunity which doesn’t come very often. As we see it, this will probably is the biggest sporting event ever in Cyprus. If you look at the distribution list of the Tour and the number of households that subscribe to sports channels (the Tour is broadcast by Sky Sports), where they could potentially see the event, it exceeds 400,000,000 households. The exposure could be huge for both Cyprus and the resort”, Darker added.

“We are excited to be running something like this. This also shows future investors that Cyprus is serious about golf. This tournament really puts Cyprus on the map, it shows it can host and run major events”.