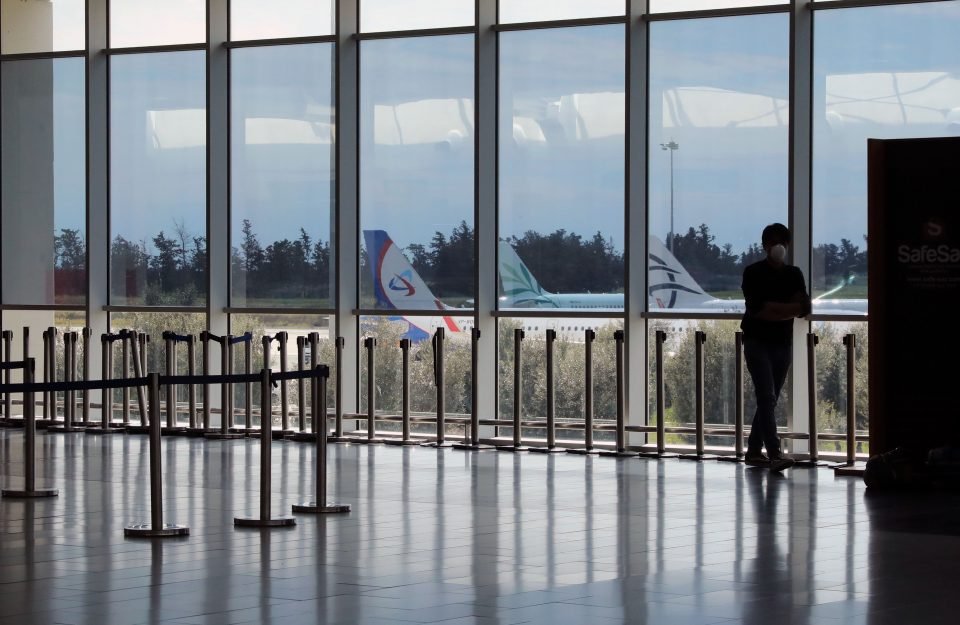 Cyprus inbound and outbound passenger traffic fell by more than 80 per cent in September, the statistical service Cystat announced on Monday.

Tourist arrivals recorded an 83.4 per cent year-on -year decrease in September, with arrivals reaching 87,334 compared with 524,707 during the same month last year, Cystat said in a written statement.

Since June 8, arrivals from specific countries were allowed based on the epidemiological risk assessment by the ministry of health. For three months prior, the country was in lockdown.

Arrivals from the UK, which remained in category B obligating all passengers to carry a negative coronavirus test, decreased by 71 per cent in September compared with last year. Arrivals from Greece saw a 63.2 per cent decrease last month after the country was moved from category A (no restrictions) to category B in mid-August.

Most people who arrived in Cyprus in September visited the island for holidays (79.5 per cent) while 13.4 per cent came to visit family and friends and 7.2 per cent came for business.

For the same period, 26,111 residents of Cyprus returned from a trip abroad compared with 132,409 in the corresponding month last year, recording a decrease of 80.3 per cent.

The main countries from which the residents of Cyprus returned in September 2020, were Greece, the United Kingdom, Germany, Russia and Bulgaria.