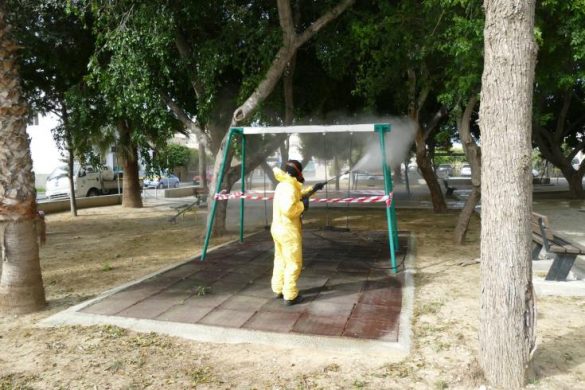 Preventing children from playing outdoors, considering they will carry on going to school every day is without logic

There was only a limited lockdown announced by the health minister on Wednesday night, but it is not the type that would shut down the country or drastically affect people’s lives. It will only be in force from 11pm to 5am, which means it will not affect businesses, other than clubs and bars, or the majority of population that are usually tucked in bed at that time, or watching television. The young, who are normally out and about late at night, would be obliged to change their socialising hours for a few weeks and pray the curfew would not continue into December.

In Limassol and Paphos, which have seen a surge of infections the government imposed tougher measures, closing down gyms, indoor and outdoor play-areas for children and all sports activities for under 18s. These will only be in force until November 16, the authorities hoping the number of cases in those districts will decline by then, but there is no guarantee of this happening. Preventing children from playing outdoors, considering they will carry on going to school every day is without logic, but this has been a feature of many of the measures taken by the government.

We are not just referring to the ludicrous mandatory wearing of face masks outdoor that will be in force until January 15, but also the reduction of the number attending wedding dinner parties from 350 to 150. This is still a big number for an indoor space, considering restaurants can take only a maximum of 75 people in their indoor dining area. By what skewed logic can double this number be in a closed space for a wedding party, and even more – 250 – attend a conference?

There does not seem to be much consistency in the measures, but on the plus side the government has not shut down the economy or closed schools and apart from in Limassol and Paphos life will continue normally for most people, although the health minister has recommended work from home, when it is possible. This measure has already been implemented by many businesses as the drastic reduction of rush-hour traffic indicates. Perhaps having half the staff working from home every other day may be an arrangement for businesses, ensuring that workers do not stay imprisoned at home, something that cannot be good for mental health.

If we can get through the spike in infections, described by some as the second wave of the virus, with just the existing measures we should be very happy, bearing in mind what has been happening in the rest of Europe where the death count is rising and one country after the other has been going into full lockdown.

‘It could mean closing for good’