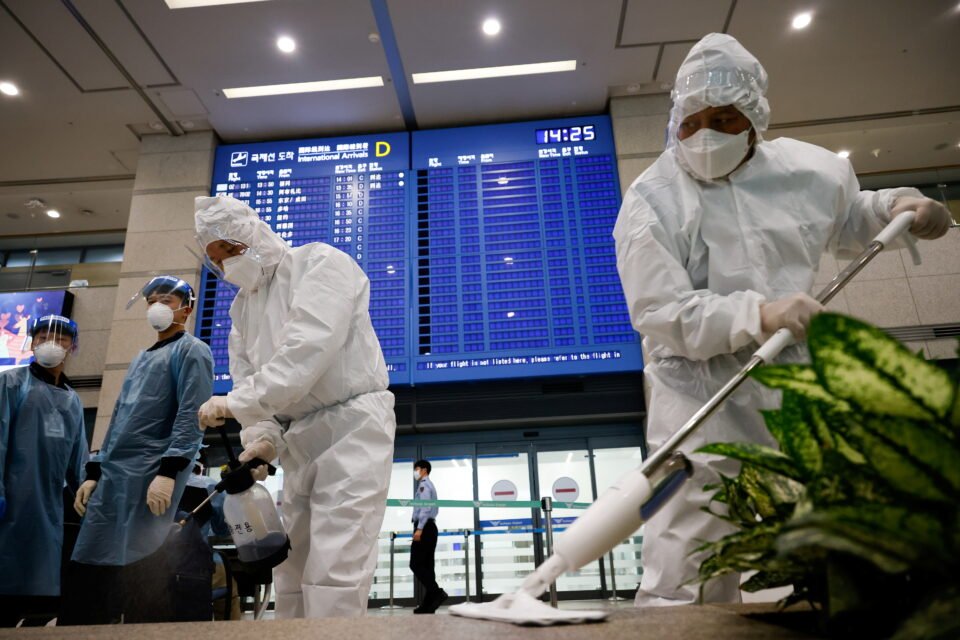 South Korean officials are vowing to speed up efforts to launch a public coronavirus vaccination programme as the country on Monday announced it had detected its first cases of the virus variant linked to the rapid rise in infections in Britain.

The new variant, thought to be more transmissible than others currently circulating, was found in three people who had entered South Korea from London on Dec. 22, the Korea Disease Control and Prevention Agency (KDCA) said on Monday.

South Korea will extend a ban on direct flights from Britain for another week until Jan. 7, and will require any passengers arriving from that country or South Africa to undergo testing before departure, officials announced on Monday.

Overall the KDCA reported 808 new cases as of midnight Sunday, the lowest since a record 1,241 infections were logged on Friday.

Authorities cautioned that the drop may be due to less testing done over the weekend and the Christmas holiday, and said on Sunday they would be extending social distancing measures until early January.

South Korea‘s government has faced mounting domestic criticism over its vaccine procurement and rollout plans, which call for the first vaccinations to begin in the first quarter of next year, months after places such as the United States and the European Union.

Meanwhile, the first shipment of Moderna COVID-19 vaccines was distributed to three military treatment facilities across U.S. military bases in South Korea, U.S. Forces Korea said on Twitter. They added that South Korea is one of four overseas locations in the Department of Defense’s initial phased distribution plan.

Negative views of the vaccine plans was one of the leading reasons that drove President Moon Jae-in’s disapproval rating to an all-time high of nearly 60%, pollster Realmeter said on Monday.

Regulators will shorten the period required to approve vaccines and treatments from an average of 180 days to as little as 40 days, the Ministry of Food and Drug Safety announced on Sunday.

An additional approval process for the distribution and sale of vaccines, which usually takes several months, will be shortened to around 20 days, the ministry said.

Medical workers and elderly residents will begin receiving the vaccinations in February, and plans to vaccinate the broader public are accelerating, Moon said on Monday.

“There are concerns that our country hasn’t secured enough vaccines or that the vaccinations will be delayed. This is not true,” Moon told a meeting with his top aides, according to a statement. “We are making efforts to advance the timeline for adopting vaccines.”

South Korea‘s plans call for it to buy enough doses to eventually vaccinate 46 million people, or more than 85% of its population.

Authorities have said they expect South Korea‘s population to reach a level of herd immunity through the vaccines as fast or faster than many other countries.

South Korea has reported a total of 57,680 coronavirus cases, with 819 deaths.