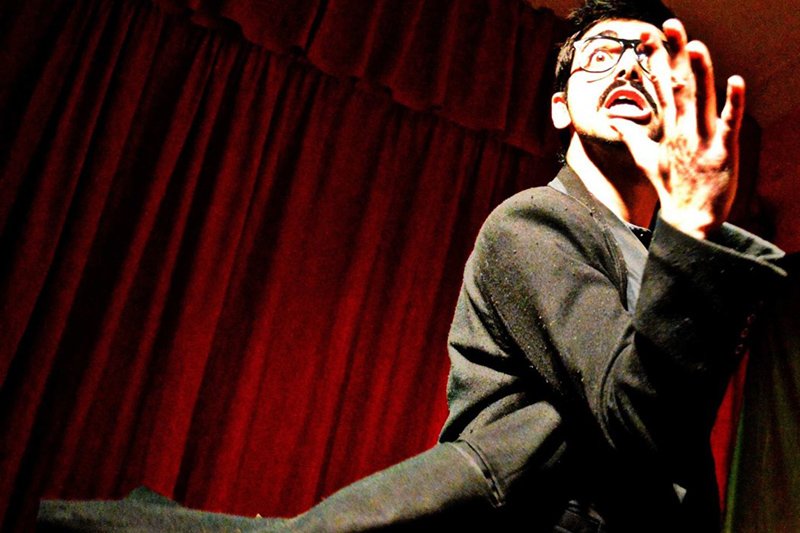 There are two plays set for the stage at the moment that bring the voices of two men forward. The one tells of the life of a great painter and the second of a man put on trial.

When we hear the name Vincent van Gogh most of us think about his action to cut off his own ear, his beautiful sunflowers and his enchanting Starry Night. But what about the man behind the act and the paintings?

The play by Irini Marandei, starting tonight at Anemona theatre in Nicosia until March 12, is a biographical account of the artist, the man and the genius.

The play follows Van Gogh’s turbulent life and his inner turmoil, which brought him from Holland to France and from black and white sketches of still life and peasant labourers to revolutionary colour paintings, which took a new approach to still life and local landscapes. The narration does not only follow his search for the true artist within him, but also the woman to complete his very self.

The main facts known about the man are that he lived with a prostitute and her child for nine years, got to know the glamourous yet catastrophic life in Parisian cabarets and brothels, became a lover of alcohol, and found out that self-destruction led to art.

The scope of the play goes wider as it brings onto the stage the artist’s parents, his beloved brother Theo and his friend Paul Gauguin. It is this friendship that could be said to be his downfall. The two friends, who reacted against impressionist sensibility, got into a heated discussion which enraged Van Gogh and lead to him severing part of his own left ear with a razor.

Although he was considered to be unsuccessful during his lifetime and a madman, he has now become a larger than life figure and a misunderstood genius.

Despite its theatrical element, the play is based on research into existing records about the artist’s life. It is heavily based on two biographical books about the painter, which were written from conversations with Van Gogh’s brother.

The play is “a faithful mirror to the artist’s ideas, passions and soul. It brings to the stage a remarkable man who had no claim to fame while he was living, and had no chance to enjoy recognition when it finally came,” the play’s organisers said.

The play is directed by Andreas Telemahou. This is the first play he has directed in two years. It will be performed on Fridays and Saturdays at 8.30pm and on Sundays at 7.30pm

While the Nicosia crowd get to have a closer look at Van Gogh, the Larnaca audience has the chance to hear The Apology of Thofilou Tsafou for one more performance tomorrow.

The monologue, by Nikos Koundourou, is being staged for the first time by the theatre group Re Alezis.

It tells the tale of a 26-year-old law graduate testifying at his own court hearing for the murder of his girlfriend Keti. As Tsafou talks we discover the political motives behind what has happened and the passion that the two shared. We also come face to face with the psychological elements of a man on the verge of what is called normality, in a world that seeks an eye for an eye.

The role is taken on by Vassilis Kyriakou and the monologue is accompanied by video art and music.