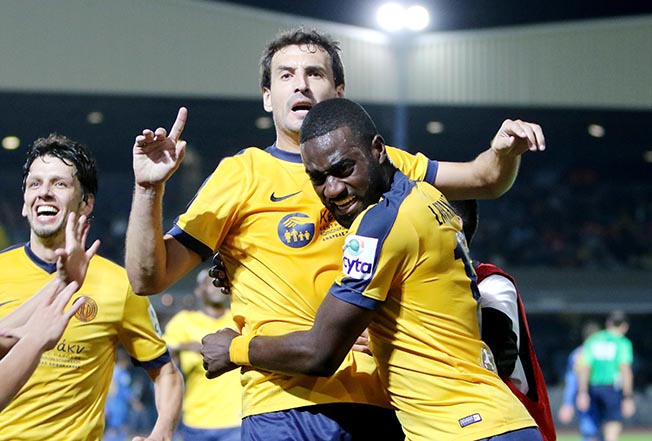 Two games stand out in Round 24 of the Cyprus football championship this weekend. Leaders Apoel take on second-placed AEL while fourth-placed AEK play the team just below them, Omonia.

Apollon, who are also in the hunt for the championship, have the easiest tie of the leading pack as they are at home to lowly Karmiotissa.

Apoel go into Monday’s game against AEL with a five-point cushion and a win for the Nicosia giants will be a severe dent to AEL’s championship hopes.

It will not be an easy task for the champions as they will not only have to overcome one of the better teams in the league but also their fatigue, from their spirited but energy-sapping performance against Atletico Bilbao in the Europa league on Thursday.

Apoel coach Thomas Christiansen will also have to make a number of changes for Monday’s game as he will be without midfielder Vinicius who is serving a two-game suspension, while both Bertoglio and Milanov picked up injuries during the Bilbao clash and are highly doubtful.

AEL coach Pambos Christodoulou has just one injury concern ahead of the game, that of his skipper Dossa Junior who did not train at all during the week. However it is expected that Junior will be passed fit for the game.

In the other big game between AEK and Omonia, both teams will go all out for the win as a draw favours neither side.

AEK have drawn their last four matches despite impressing in their last two, both away, against Apoel and AEL where they led for most of the game but conceded late goals.

AEK coach Imanol Idiakez said that his players are all eager to make amends for the last two ‘disappointing’ results and for yet another week tried to coax the AEK fans into turning up for the game by saying “we need the opposition to feel the pressure from our fans.”

Omonia are undoubtedly the Jekyll and Hyde of the season so far as they rarely manage to perform well throughout the 90 minutes, usually playing poorly (and conceding) in the first half and improving immensely in the second.

Omonia’s John Carver is expected to keep his winter signing Nikandro Breevelt in the starting line-up while Burkina Faso international Blati Toure, may also feature for the first time since returning from the Africa Cup of Nations.

Even though Apollon will be without their Greek striker Fotis Papoulis they should have few problems in defeating Karmiotissa, who for the time being seem to be favourites to stay in the top flight for a second year.

The clash between Anorthosis and Ethnikos at the Antonis Papadopoulos stadium may go a long way in deciding who finishes in sixth place.

Anorthosis are on a good run and will be gunning for their fourth consecutive win that will put them in the driving seat for a top tier finish.

Their biggest rival for sixth place, Nea Salamina, are favourites to defeat relegation fodder Doxa Katokopias and keep up the pressure while a win for AEZ against Ermis Aradippou will see them move out of the automatic relegation zone.

Elsewhere, Aris will be looking to move even further away from the danger zone by taking the three points against bottom placed Anagennisi Dheryneias.

Blackburn bid to roll back the years against Man United