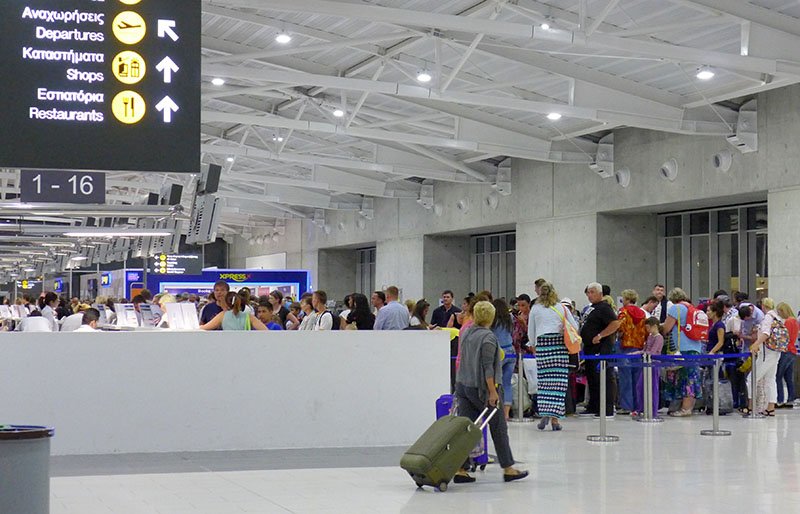 The departures area at Larnaca airport was evacuated on Saturday night after a suspect item was reported to the police.

However two hours after people had been herded out police explosive experts discovered that the suspicious black box that sparked the incident contained a pillow.

Larnaka Airport operation is getting back to normal.

A police spokesman said a report was made at around 6.30pm and the departures area was immediately cleared of all people, for their own safety.

Initial reports said the item was a black box, that looked like a shoe box, sealed with tape that was left somewhere near the check in desks.

“We got to the airport at about 6.45 and as we were walking in everyone else was walking out,” said Stavros Evripidou who was due to be leaving on a flight for Liverpool at 8.25.

He estimated around 400 people including airline staff, children and the elderly had been herded out into the airport car park but no-one had given them any explanation.

“People are starting to get a bit cold and a bit tetchy now,” he added.

Evripidou said although flights had earlier landed at the airport, “but it all seems to have come to a standstill”.

Police spokesman Andreas Angelides said there was no need for panic. Once the items was reported a national plan was put into action that included stepping up security at both airports and evacuating the area. The only people currently inside the buildings are police officers.

Hermes airports earlier tweeted that people should expect some delays.

Three days to get inked