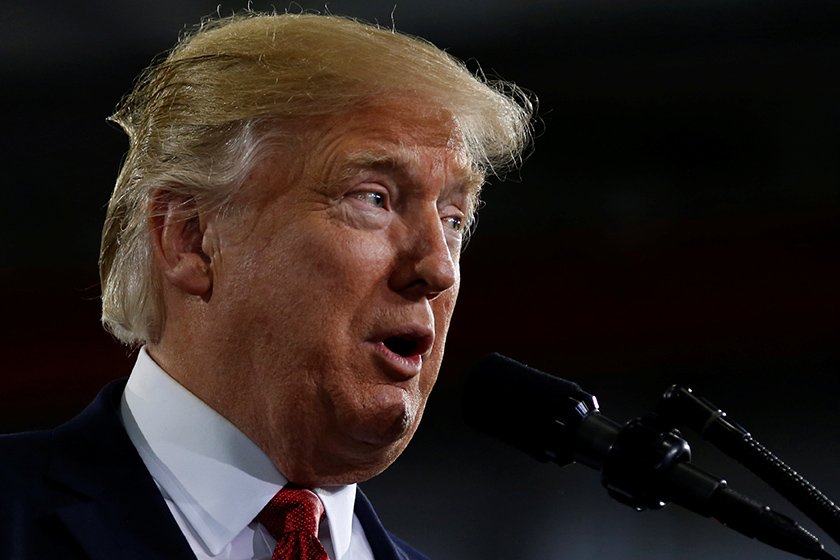 The Sunni-Shia civil wars in Iraq and Syria are both nearing their end, and in both cases the Shias have won – thanks largely to American military help in Iraq’s case, and to a Russian military intervention in Syria. Yet Russia and the United States are not allies in the Middle East. At least not yet.

President Trump may get in bed with the Russians and the Shias eventually, but he doesn’t seem to have given the matter much thought yet. So for the moment US policy follows the line laid down by Barack Obama.

Ex-president Obama was determined not to send American troops into another Middle Eastern war. Even as the Sunni extremists of Islamic State and the Nusra Front (al-Qaeda under another name) expanded their control in Syria and then seized much of Iraq, Obama restricted the US intervention to training local troops and deploying American air power.

In Iraq the local government’s troops were mostly Shia (as is most of the population), and US support was sufficient without committing American troops to ground combat. The Iraqi army is now in the final stages of reconquering Mosul, Islamic State’s capital in Iraq and an almost entirely Sunni city. Yet there have been no massacres of Sunnis, and only a handful of American casualties.

In Syria, the United States strongly opposed the Shia-dominated regime of President Bashar al-Assad, but it did not fight him. Obama found local allies to wage a ground war against Islamic State in the form of the Syrian Kurds, who are Sunni, but more interested in a separate Kurdish state than a Sunni-ruled Syria.

That collaboration worked well too. With US training and air support, the Syrian Kurds drove Islamic State steadily back, and are now closing in on Raqqa, its capital in Syria. And in all that time, Obama avoided taking sides between Shias and Sunnis in what most Arabs now see as a Shia-Sunni war.

Obama even managed to maintain America’s traditional alliances with Saudi Arabia and Turkey despite the fact that those two countries, both ruled by devout Sunni regimes, were sending money and arms to the extremists of Islamic State and the Nusra Front. He successfully walked a fine line in the Middle East for six whole years.

It’s doubtful that Donald Trump has the skill, knowledge and patience to go on walking that line. His instinct is to treat Iran as America’s most dangerous enemy in the Middle East, which would certainly please Saudi Arabia. But Iran is Russia’s close ally in the Syrian war, and Trump’s instinct is also to get very close to Vladimir Putin.

There’s a similar problem with Turkey. On one hand, Turkey is an important NATO ally and it has now sent its army into Syria, ostensibly to help destroy Islamic State.

On the other hand, Turkey is ruled by the authoritarian and impulsive President Recep Tayyib Erdogan, a mini-Trump who sprays abuse at anybody who crosses him (he recently called the Germans “Nazis” and the Dutch “Nazi remnants and fascists”).

In 2015 Erdogan deliberately re-started a war against Turkey’s own Kurdish minority in order to attract right-wing votes and win a close election. Now he has sent the Turkish army into Syria, allegedly to help destroy Islamic State but in fact mainly to smash the embryonic state that the Syrian Kurds have been building across northern Syria. Those Syrian Kurds have been America’s closest allies against Islamic State for years.

There are even Turkish troops in northern Iraq (without permission), and Erdogan has threatened to use them if the Iraqi army abuses Sunni Muslims during the reconquest of Mosul. Iraq’s Prime Minister Haider al-Abadi replied (in November): “We do not want war with Turkey…but if a confrontation happens we are ready for it.”

Erdogan has gone rogue, and Turkey’s recent, quite fragile reconciliation with Russia is not restraining him. The two countries, together with Iran, are jointly supervising the shaky ceasefire in Syria, but they do not share the same goals and they are not really allies.

Into the midst of all this vicious complexity wanders the boy-man Donald Trump, with his full-spectrum ignorance, short attention-span and shorter temper. His appointee as National Security Adviser, General Michael Flynn, doubtless advised him to support Turkey’s ambitions, but then it was revealed that Flynn was in the pay of the Turkish government and he had to resign.

If Trump cosies up to the Russians instead, he will have to accept a close relationship with Assad’s brutal regime in Syria (no problem there) and also with Russia’s main ally in the Syrian war, Iran (potentially big problem there). But various latent conflicts are likely to burst into flame as the big civil wars in Iraq and Syria stagger to an end. Trump will have to jump one way or another quite soon.

The Commonwealth and LGBTI rights