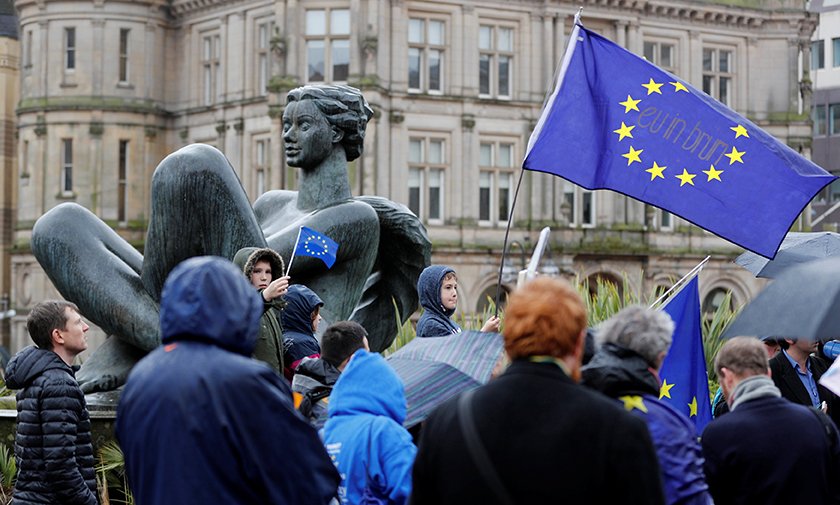 Britain delivered a formal letter of withdrawal from the EU as required by Article 50 of the Lisbon Treaty on Wednesday March 29, 2017. There is no turning back said the prime minister but as Harold Macmillan, one of Britain’s wisest prime ministers, famously put it, what leaders fear most in politics is ‘events, dear boy, events’.

Events permitting, Britain should be out by 29 March 2019 – but don’t count your chickens. The man who drafted Article 50 believes that there is no legal impediment to cancelling the act of withdrawal by agreement if momentous events warrant a change of heart. It would be politically very difficult but in international law the law follows politics.

The world is in a state of flux the like of which has not been seen since the end of the Cold War. Not a good time to divorce from Europe, if the truth be told, but the die is cast, the people have spoken, democracy must take its course. But the back door is still ajar if the exit negotiations are overtaken by events.

There is first the cost of withdrawal. The negotiators may not agree terms if the EU insists on a divorce payment by Britain of a whacking sixty billion euro. Britain does not accept that she is legally bound to pay this, but as every rich divorcee knows divorce is an expensive business and the prime minister appeared to accept the other night that Britain will meet her international obligations and pay promised contributions to the EU budget.

There then is the Scottish question –  not to mention the Irish question. If Scotland decides to leave the United Kingdom rather than the EU this would precipitate a general election, as the break up of the United Kingdom was not factored into the equation in the Brexit referendum of June 2016 – the Brexit referendum result does not trump three hundred years of history.

How such an election will play out is any one’s guess but what is certain is that the Conservative and Unionist Party will face existential problems of its own if it is driven to campaign for Brexit rather than preserving its Unionist credentials.

Also, the military top brass have yet to speak on the serious defence implications for Britain, if Scotland – where most of Britain’s nuclear defence assets are based – breaks away from the UK.

What of the Eastern Question? After his most recent visit to Moscow Turkey’s President Erdogan came away seemingly emboldened by President Putin to get tough with Europe. He promptly did and started burning Turkey’s bridges to Europe. He will probably abandon Turkey’s bid to join the EU, as her prospects of joining are non existent. If he does, he may also leave Nato now that the US is lukewarm.

Nato has been called obsolete by the US president and may begin to disintegrate anyway. If that happens the defence of Europe would then shift to the EU and Britain would be left with a difficult choice during the withdrawal negotiations –  to carry on with Brexit even if it becomes clear that the EU is likely to take over Nato’s defence role.

Whatever the result, the EU is likely to be more amenable to controlling the freedom of movement of people from within and without the EU. Most commentators agree that regaining border control within the EU was the one issue above all others that won Brexit the referendum in 2016. If as a result of the elections in France and Germany the political climate is more conducive to sovereign control, why leave?

Triggering article 50 was not intended to preclude a change of mind by any of the negotiating parties. If the price is too high, or the consequences too painful, or the world too dangerous, or if there is a fundamental change in the political climate in the EU, why should there be no turning back?

If control of the movement of people from within the EU is now accepted as necessary in states where the numbers are unsustainable or politically unacceptable it would legally be possible for the EU to accommodate this by way of an additional protocol.

The use of a protocol to make exceptions to the application of EU law is not new. It was done for Cyprus when Cyprus joined in 2004.

The EU originally wanted Cyprus to join without her problem but it reluctantly agreed to allow her application to proceed on an undertaking that a UN plan – the Annan plan – would be put to simultaneous referendums in both communities.

The plan was approved by the Turkish Cypriots but overwhelmingly rejected by the Greek Cypriots.  This required the EU to suspend the application of the European legal order to the Turkish community in north Cyprus which was not under the effective control of the Republic of Cyprus.

This was done by Protocol 10 that amended the Cyprus’ Treaty of Accession suspending the application of EU law, including the four freedoms, in north Cyprus pending a comprehensive settlement.

However provision was also made in Protocol 10 to enable the EU on a proposal from the Commission to adapt the terms of Cyprus’ accession with regard to the Turkish Cypriot community to enable EU law to facilitate a comprehensive solution. This means that if there is a comprehensive settlement to the Cyprus problem the four freedoms under EU law would be adapted accordingly.

Of course Britain is not the same as Cyprus. But the principle is the same. There is a legal mechanism to make exceptions to all the freedoms if this is politically necessary. In the case of controlling migration from within the EU it need not be an exception applicable only to Britain.

The problem of unsustainable numbers may arise anywhere in the EU.

It could easily arise in Cyprus too. Like Britain, Cyprus is a very popular destination.

UK becoming her living, breathing self with Brexit

Even if talks resume, there is no room for optimism

Our view: Consumers pay as EAC refuses to buy oil at cheapest prices