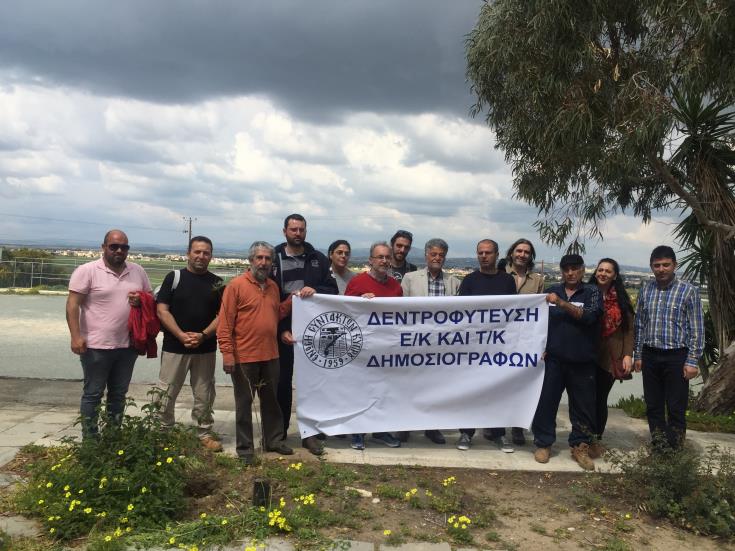 Greek Cypriot and Turkish Cypriot journalists got together at the journalists union village in Pervolia in Larnaca on Sunday for a tree-planting ceremony as a gesture of peace ahead of the leaders’ dinner later in the day in Nicosia.

Speaking at the event, Giorgos Frangos, president of the Union of Cyprus Journalists welcomed the “symbolic but significant gesture”. “We are doing this on the day of an imminent formal dinner of the two leaders in Cyprus from which our expectation is the resumption of the dialogue,” he said.

“We expect, hope, and support the negotiations process and we consider this symbolic gesture a helping hand and a signal of support in this effort.”

Sami Ozouslou, president of the Turkish Cypriot union, speaking through an interpreter, said: “Cooperation among journalists in Cyprus is very important and the media has a very important role to play. In the past we have all been part of the problem but from now on we can become part of the solution.”

“Civil society has a very big responsibility to help the two communities better understand each other and to see beyond the political games. Today’s tree planting sends the message that this country is ours.”