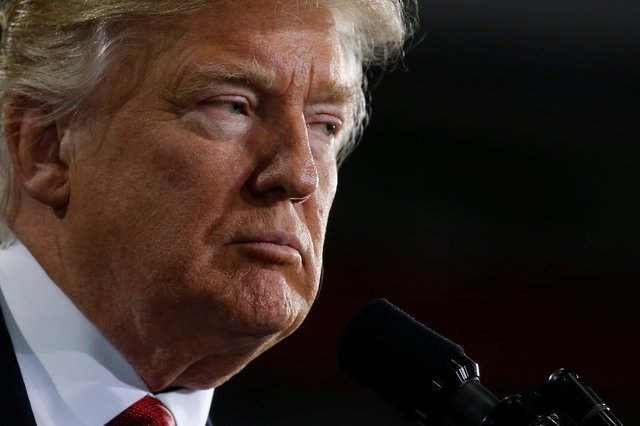 US President Donald Trump will release a tax plan on Wednesday that proposes to sharply slash business taxes and steeply discount the rate on corporate profits brought back into the United States, officials said.

The blueprint, which also calls for the raising of standard deductions for individuals, is designed to be a guidepost for lawmakers in Congress, though it likely will fall short of the comprehensive restructuring long discussed by Republicans.

Treasury Secretary Steve Mnuchin, who is leading the Trump administration’s effort to craft a tax package that can pass Congress, described the plan as the “the biggest tax cut” in US history and said he hoped it would attract broad support.

“There’s multiple ways of doing this and the president is determined that we will have tax reform,” he said at a breakfast forum in Washington sponsored by The Hill news outlet.

Analysts did not expect the plan to include any proposals for raising new revenue, potentially adding billions of dollars to the federal deficit.

Though Republicans control both the US House of Representatives and Senate, some aspects of Trump’s proposals could be a difficult sell, especially for fiscal hawks in his own party.

“We’ve seen a sneak preview. We like it a lot,” he told a gathering of lobbyists and lawyers. “It puts us on the same page. We’re in agreement on 80 percent and on the (remaining) 20 percent we’re in the same ballpark.”

“We are committed that small business owner-operators will have the benefit of the business rate. What this is not going to be is a loophole to let rich people who should be paying higher rates pay 15 per cent,” he said.

Trump will also propose a repatriation tax on offshore earnings along the lines of his campaign proposal for a 10 per cent levy, versus the current 35 per cent, a White House official said on Tuesday on condition of anonymity.

The Republican president also will call for an increase in the standard deduction people can claim on their tax returns, an administration official confirmed on Wednesday.

Trump’s proposals, however, will not include a controversial “border-adjustment” tax on imports that was in earlier proposals floated by House Republicans as a way to offset revenue losses resulting from tax cuts.

“We don’t think it works in its current form, and we’re going to continue to have discussions with them about revisions that they will consider,” Mnuchin said at the forum.

Mnuchin has said the cuts will pay for themselves by generating more economic growth, but fiscal conservatives in Trump’s party along with Democrats are certain to question that assertion.

Whether Trump will include provisions that could attract Democratic votes, such as a proposal to fund infrastructure spending or a child-care tax credit as proposed by his daughter Ivanka, is still the subject of speculation.

The last overhaul of the US tax code was in 1986 during the administration of former President Ronald Reagan, a Republican.