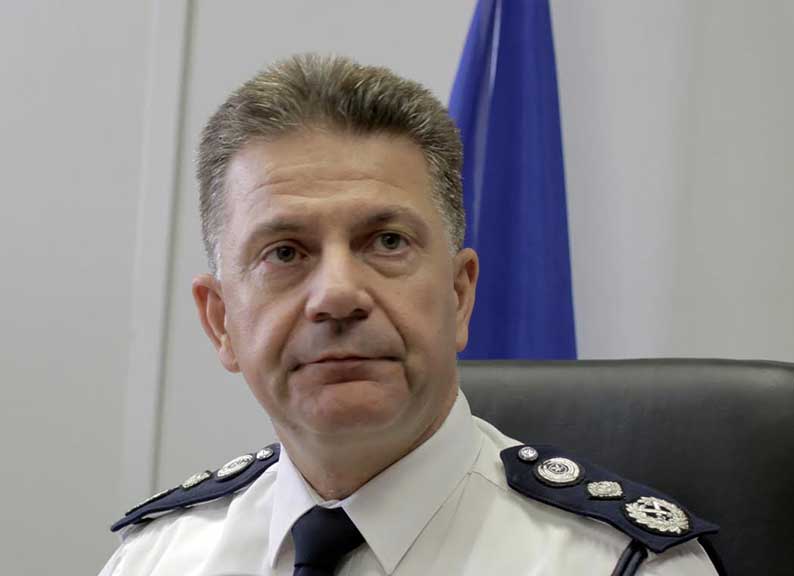 Police chief Zacharias Chrysostomou on Monday ordered the immediate suspension of a sergeant and three officers following a letter from Attorney-general Costas Clerides and the findings of a report into corruption in the police force.

The investigation, carried out by former supreme court justice Andreas Paschalides and former police officials Panayiotis Pelagias and Agamemnon Demetriou, was prompted by a letter by Chrysostomou laying out evidence gathered in the process of investigating the quadruple murder in Ayia Napa last June, in which a police sergeant was one of the victims.

A second letter, from Justice Minister Ionas Nicolaou, informed Clerides of an incident in which Serbian Interpol had notified their Cyprus counterparts of the impending arrival of Serbian contract killers for the Ayia Napa killings, and the local branch’s botched handling of the tip.

“Both the findings of the independent criminal investigators and the accompanying letter of the attorney-general have been thoroughly studied, and the chief of police has instructed that a sergeant and three officers should be immediately suspended,” a police announcement said.  The four will be investigated for “disciplinary offences related to their various activities on the basis of the findings and suggestions of the AG”.

Police said that the disciplinary probe continues into a member of the national Interpol office who had a telephone communication with a Serbian man, suspected of arranging contract killings. It added that a probe is to also be launched into four high-ranking police officers including deputy police chief Andreas Kyriacou and related to the handling of information given by Interpol Serbia in the Ayia Napa shooting. The opinion of the state legal services has been requested.

“In the existing Police (Disciplinary) Regulations there is no procedure for disciplinary prosecution of the deputy chief, while for the assistant chief there is an impediment, because the only one that could investigate against him is the deputy chief,” the announcement said.

Legal advice is also being sought for how to deal with the other two senior officers.

Clerides said last week that Kyriacou appeared to have been behind the unauthorised leaking of confidential information including the tip from Serbian Interpol of a foiled assassination attempt and the likely leaker of a 2015 internal police report on preventing and combating corruption to an MP and the press.

If indicted, the deputy chief of police could face a sentence of one year in prison or a fine up to €1,700, or both, for each leak.

With regard to the Serbian Interpol affair, Clerides said that although omissions and inadequate handling were diagnosed, no evidence of intentional foul-play was found.

A second issue with regard to the incident saw a Cypriot policeman tip off a Serbian man, suspected of arranging contract killings.

The policeman appeared to have called a number he found on a piece of paper, on which another policeman had jotted the words “Interpol Serbia” but it ended up being the number of the contract killer who was then alerted.

Information pointing to the wiring of €1,000 to the Serbian suspect by order of Marios ‘Benny’ Christodoulou – recently found guilty in court for the quadruple murder – showed that the prison warden who carried out the wire transfer had no prior knowledge of its purpose.

On all three counts, the AG found no evidence of criminal action but recommended that the chief of police look into any possible disciplinary offences.

The final leg of the investigation focused on the alleged co-operation of policemen with suspected members of the underworld.

Evidence collected suggested that four members of police maintained a close social relationship for many years with businessman Phanos Kalopsidiotis, murdered in the Ayia Napa assassination, while some of them may also have had business dealings with him, offering personal security services.

Even though this information had been known to police since 2011, the AG said, the issue was never seriously addressed, with the exception of the transfer of individual policemen “away from the source of the relationship”.